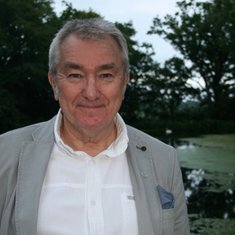 In loving memory of Nicholas Barber who sadly passed away on 7th July 2020
Nick was very proud of his Dorset heritage. Born in Dorchester, for the first few years of his life, with his parents, and his older sisters Jacqueline and Sue, he lived in the village of Long Bredy.
He always used to say that the beautiful countryside was his playground.
It was only recently he learned that his four times Great Uncle was Vice Admiral Thomas Masterman Hardy who served as flag captain to Lord Nelson.
And here there was a huge coincidence, as Hardy was born in Kingston Russell House in Long Bredy and was baptised in the same church as Nick!
Nick, together with his cousin Jane, appeared on a Westward television quiz show for children, which was similar to Top of the Form.

He went to college in Bristol, to train as a compositor when he was apprenticed to Henry Lings Limited.
At that time, Nick was often to be seen bombing around the countryside on his clapped-out scooter, dressed in the full mod gear.
He progressed to a mini that he used race round grass tracks at the weekend for sport.

His love for a sports car began with the purchase of a beloved Austin Healy Sprite, which they reluctantly sold, only because Chrissie was heavily pregnant with the first of their long awaited for children.
Nick was very proud of his three sons with Chrissie, twins Dan and James, and younger son Stephen.

A passionate rugby fan and supporter of the Dorchester Rugby Football Club, Nick was a player, mini-rugby coach and mentor.
As a player, Nick was known as “dancing Nicky” due to his energetic playing style on the field!
The Facebook page of Dorchester Rugby Club carried a tribute to Nick, with some lovely comments.
At this point it should be made clear that he was not a part of the team that went to Jersey in 1970’s and was subsequently banned from the island for enjoying themselves a little too much.
Nery a road-sign was safe from being spun around in celebration.

His boys will always remember fondly, the post rugby experimentation in the kitchen, creating ‘Blow Your Head off Curries’ or adding a ‘little something extra’ to traditional dishes with Uncle Jeremy. It is probably best we don’t mention the ‘piccalilli and digestive’ twist to their bubble and squeak!

The school breaks were filled with holidays and trips to visit family, many summers spent in the Caravan in the New Forest or on the beach at West-Wittering and ‘Magical Mystery Tours’ in and around the Dorset countryside.
During these family holidays the boys remember fondly Nick’s bedtime stories.
Terry and Tina toggle, made up on the spot, always made them laugh and kept them engrossed. Holidays in Greece when the boys were teens, were enjoyed greatly.
A boat trip around the coast of Corfu with Nick was a particularly cherished memory.

Nick and Marilyn were pen friends for some months before they met. Marilyn said she was impressed by the fact that his apostrophes were in the right place!
They were together for 17 years and married for 13 and a half years.
Nick had a very successful career in publishing, his last job being as book production manager for an online company producing medical books.
Nick was very supportive of Marilyn’s job as a news editor, and went above and beyond the call of duty by accompanying her to numerous amateur dramatic productions. He notched up around 70 pantomimes over the years! Oh yes he did.
They enjoyed some wonderful holidays, travelling to India, Kenya and the Caribbean, but Nick’s favourite was always the Greek Islands, and he had visited numerous ones.
Nick loved Wimborne Minster, but the only services he went to were at Christmas and Easter. He preferred to sit in the Minster on his own in quiet contemplation.
The numerous cards and comments Marilyn has received have a common theme. That Nick was ‘a gentleman and had a dry sense of humour’.
Nick was a lovely man and will be sorely missed. 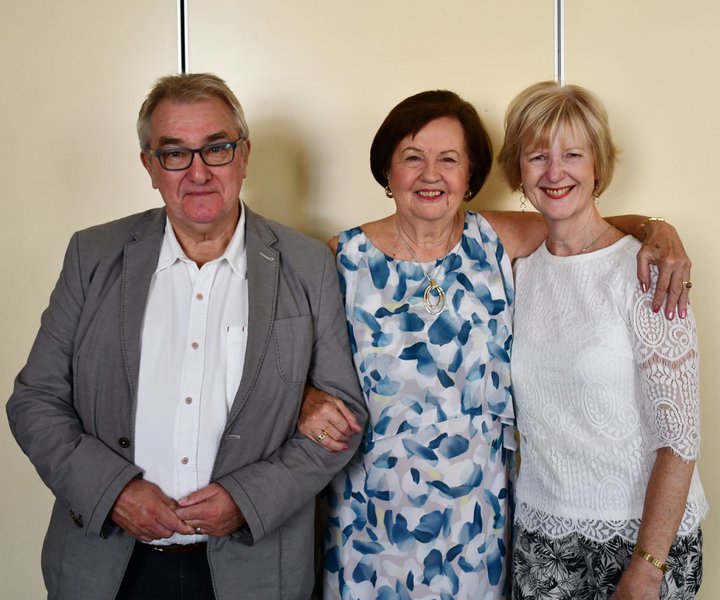 A donation to the British Heart Foundation in loving memory of Nick Barber, my cousin by marriage, and in particular remembrance of his photographic gifts, which provided me with many happy memories of family occasions. May he rest in peace.
Jillian

Nick came into our lives when he and Marilyn got together some 17 years ago. He quickly became an accepted part of his new family and settled in to his new life.
As a fellow Dorset boy it was a pleasure to be able to reminisce with Nick and exchange memories of bygone ages. Nick had many such memories which brought back many things I had forgotten.
He became a true friend and his passing leaves a gap in both Marilyn and our lives. He will be sorely missed.

Known to us over the past seventeen years as Marilyn’s partner and husband, Nick was welcomed by us all into the extended family and became a stalwart friend. He leaves us with many fond memories of personal trips down memory lane around his beloved Dorset, through spoken recollections, and outings in the car, sharing his extensive personal knowledge of the area and his passion for the Hardy landscape and its history.

A great wordsmith, Nick was an enthusiastic master of the English language. So, as two couples with a mutual appreciation for the correct use of grammar, on our many enjoyable weekend jaunts away to places including Winchester, and a conducted tour together of the beautiful Cathedral and its back rooms, we enjoyed amusing word-play, alongside slaking our thirst for knowledge about the history of the places we visited. We chatted happily about our days’ escapades over the evening meal and a pint.

We went to Salisbury, staying near The Close, about which Nick was again able to impart details of the history of the buildings and people who had lived there, and to West Bay, near Bridport, which he had known like the back of his hand since childhood. We shared many ‘in jokes’ across the table in the pubs and hotels we stayed in. Nick introduced us to his favourite wine, Vinho Verde, at a lovely seafood restaurant in West Bay. We would laugh aloud at our own very peculiar conversations where the topics ranged from one shared snippet seemlessly into another seemingly unconnected subject. We wonder what any eavesdroppers would have made of it all. Such fun times.

A loving companion and husband to Marilyn, Nick became a true friend in the family and we so looked forward to our times together.

He was truly a Hardy stalwart of the old-school, and will be so sadly missed.

MICHELLE and PETE Dixon donated £20 in memory of Nicholas

Nick, it feels as though we a have said goodbye far too early. All of our love x

A life taken too soon. I am so pleased that we met and to have been able to call you my friend.

A lovely man, with wonderful jokes and a kind heart.
The boys will miss you Barbs.
X x

Always a gentleman, kind and thoughtful. You will be sorely missed by us all. Sleep peacefully Nick

Friends like you are few and far between. I am proud to say that you were my best friend who I miss and will continue to miss. Rest in peace Nick

On behalf of Pat and Gunther Santner 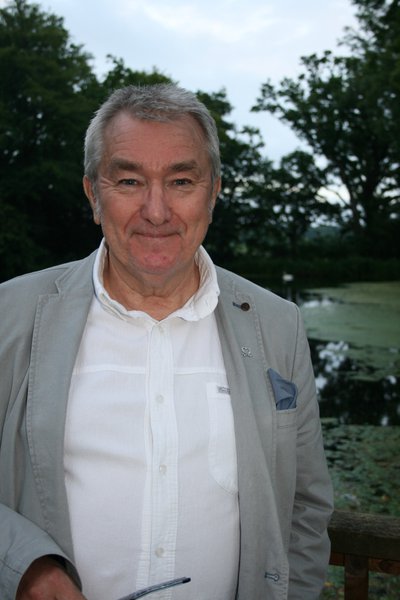