In loving memory of the late Anne Gilbert who sadly passed away on 21st May 2015.

The following is the Eulogy written by her daughter Aileen and will be read at the funeral by her son Colin.

Mum was born in 1927 to Daniel and Ellen Harrington, on a farm in Allihies village on the Beara Peninsula, in West Cork. To give one context of her era, this was a remarkable year in many ways as it saw the first transatlantic telephone call from New York City to London, Leon Trotsky was expelled from Russia and the United Kingdom of Great Britain and Ireland was changed to just United Kingdom of Great Britain and Northern Ireland. As our children watched Mum master her iPad we marvelled at the changes she had seen in her lifetime. Her mode of transport was either a bicycle or a pony &trap and she could clearly remember the day she saw her first motor car. From this straightforward, rustic background to a world more recently that saw an anxious online shopping experience, where Mum feared she would be arrested for hacking into the Pentagon.

She was the 8th of 9 children and enjoyed an idyllic childhood with a loving family. She regaled us with wonderful stories of farm life from an innocent time and particularly talked with pride about her incredible Father. Many is the time that Mum did not have to pay a thing when returning back home because of the legendary compassion her Father had for the local community. After a two year apprenticeship with the local seamstress, she joined some of her brothers and sisters to escape to the big city lights of London where she immediately fell in love with England. That time was one of her happiest, where enjoying much tomfoolery and setting practical jokes upon each other were the order of the day. This warm humour and sense of fun is a common thread and prominent feature throughout Mum’s life.

After meeting at a dance, Mum and Dad married on 9th June 1953 and settled down to married life in Camberwell. Children Marion, John and Colin were born there but then Mum and Dad decided to set up their own grocery shop in Brockley. Children Jimmy and Angela were born there and as you can imagine, with 5 small children, a demanding business to run and Dad still maintaining a full time job at the GPO their astounding work ethic was tested to the limit. This prompted a move to Leysdown Road, Mottingham where Aileen was born completing the family of 6. Mum is fondly remembered as really coming into her own as a fiercely protective matriarch and she settled childhood squabbles in her own inimitable style.

Finally settling in Court Road, the family home became legendary for parties and being an open house to all. Many a weekend morning you would find half a rugby team crashed out on the lounge floor, blearily waking to aroma of Mum’s bacon sandwiches. Mum’s catering skills were based on the position the more the merrier. If you popped in she would often plead that had known you were coming she would have got something in - as you tucked into a side of ham, a tray of roast potatoes, leg of lamb, whole roast chicken and a rib of beef. Her philosophy to “nurturing with nourishment” was full of contradictions. She often said that if we left the house in the morning without hot porridge followed by a Full English that we would collapse as soon as we went over the doorstep. On a cold winter’s morning she would chide that if we didn’t put our hoods up we would die of malnutrition. However, more recently, she would gently remind us that if we didn’t do something about our weight that we would end up as fat as a house like her whilst forcing us to eat a bun with our cup of tea.
After diagnosis in 2011, when asked how she was feeling, she would dismiss concern with “I’m fine, not a bother on me!” As her doting maternal instinct constantly kicked in, she was often more concerned about her grandchildren (the poor createrins) left at home if you visited and would urge you to be with them instead of worrying about her. Towards the end, Mum had always adopted an attitude of gratitude – this positive mindset helped her in her tremendous battle. She constantly asserted “I am so blessed, what would I do without you?” The question now is, what will we do without you, our wonderful much loved Mum and Nan? With the legacy you have left us of love, independence and a strong work ethic, you can rest assured we will all find the strength.

A lovely lady, may she now rest in peace.xx

A donation to the memory of Anne Gilbert...from the Costello family

Anne was most certainly a lovely lady with such strength throughout her illness. Her humour was amazing. May she rest in peace x

A very beautiful lady, inside and out; she will be greatly missed by her family and friends. Even when she was so poorly, she still had a sense of humour and a beautiful smile.

I am so sorry to hear of the passing of Ann Gilbert, I will always have fond memories of her kind smile and welcome when I used to visit as a boy. This continued throughout my life with our two families meeting at various celebrations and she always very interested and caring about my own family. She will be greatly and sadly missed and I send my heart felt condolences to all her family. God bless you Ann. Love Jim.

Ann was such a lovely lady, it was a pleasure to have met her.

In Memory of a wonderful lady & doting mother, the world is a poorer place without you. 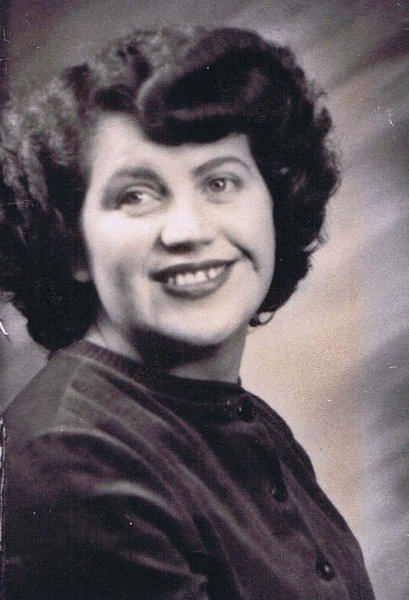 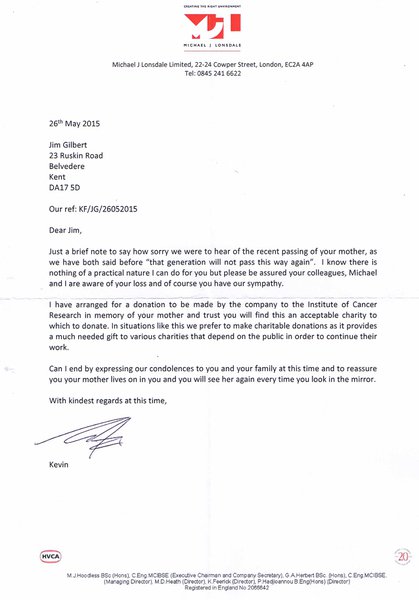 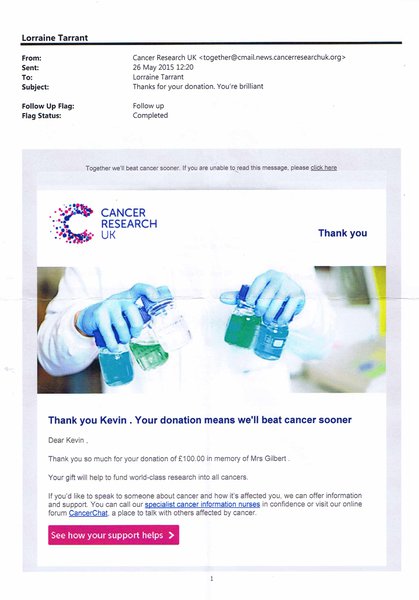 What sad news. Our thoughts go out to all the family especially Angela, Colin, Jim and Aileen.
Ann was always so happy with a wonderful cheery smile. We have many fond memories of Ann chatting with Cissie. Could anyone get a word in!
I hope your find peace in the knowledge that she is reunited with your dad. Love Angela Neil & Fiona

Frank Briggs is attending the funeral and the reception

Anne was a lovely lady who was always welcoming and caring, she will be sadly missed.