Elaine​ ​‘Lisa’ Judith Sylvina Hopgood, known as Lisa, beloved eldest daughter of the late Roy and Pamela Hopgood was born on the 24t​ h​ April 1961 in Devizes Maternity Hospital and passed away on the 19t​ h​ June 2020 at the Great Western Hospital, Swindon.

Lisa is survived by her loving partner Alan and son Luke, twin brother Julian, sister Laura and elder brother Paul. Lisa attended Devizes School and was a gifted and popular student, both academically and on the sports field culminating in her being appointed Head Girl. Lisa had many friends both locally and further afield. She enjoyed being an active participant in the local Devizes Community, both professionally and socially.

Following school, Lisa trained to be a physiotherapist at the Birmingham School of Physiotherapy. She pursued a 30-year career as a physiotherapist, predominantly in the NHS, including positions at Musgrove Park Hospital, Taunton and a Senior Paediatric Community role based in Swindon and then Bath. She also enjoyed a 4-year period as a Physiotherapist in Newfoundland (Canada). In more recent years, Lisa expanded her skills as a physiotherapist and trained in Bowen Therapy establishing her own rewarding and successful independent practice.

Lisa will be forever remembered for her wonderful smile and cheery voice that lit up a room. She had such incredible generosity, wisdom, compassion and joy of life.

In 2018, Lisa was diagnosed with Motor Neurone Disease (MND). Despite the diagnosis, Lisa remained cheerful and positive until her passing. No flowers, all donations go to the My Name’5 Doddie Foundation. Lisa took great strength and inspiration from Doddie’s positive approach to this cruel disease.

A private family service will be held at West Wiltshire Crematorium, Semington, on Friday 3rd July at 12.15.

If you wish to pay your respects, the procession will be passing through Longcroft Road at 11.45.

So saddened to hear today that Lisa has passed away. I would have loved to be able to pay my respects. We were neighbours in Longcroft Rd and Lisa worked her magic on me with her Bowen therapy. She was a very special lady and we would like to send love and best wishes to her family.

RIP Mum, there won’t be a day I will not think about you. Forever in my heart.

Only heard this sad news today. Taken too soon, may you rest in peace free from any pain. Lots of love from the Leyden’s xx

Rest in peace Lisa - I have no other words

Dear Lisa, may your light continue to shine 💞

Dear Lisa, we are so sorry you are no longer physically present with us. Your beautiful, kind, gentle smile, attitude and spirit will truly live on amongst those who knew you as you were such an inspiration in how to live for the moment, embrace life, value relationships and see the positivity. You were a true healer of mind and spirit and we are so grateful to have had you in our lives.
Penny, Matt, Etty, Cicely, Coco and Eden

Auntie Lisa will be so missed. All my love x Lisa was a beautiful light in the world. We had so many fun times and are lucky to have so many beautiful memories. Forever in our hearts.
With much love
Lou, John and Lucy xxxxxx Just one of the many happy memories and fun times we had together. Another Murder Mystery when everyone was in role and Ian proposed to Lisa (right in front of Alan) and my brother thought it was a genuine proposal which caused much amusement!

A much loved friend who I will miss tremendously 💜💜

In memory of a kind and caring lady, from The Oatley Family x

Lisa was such a lovely person x

Joanne and Robin Armstrong donated £50 in memory of Lisa

So sad, such a wonderful person inside and out. We always enjoyed your visits and laughs. Will always remember your favourite saying "put it in the box" a life cut short, RIP. Auntie Lisa, your joy, kindness and love has brought so many happy memories to my childhood and through out my life.
Your loving light continues to shine on through Luke, Alan and all our memories. You will forever be in our hearts ♥️

Such a sad loss for all her family and loved ones.
Sending all our love and thoughts to you all.
Sar, Will, Jack and Dylan
xxxx

Lisa was taken from this world too soon - she will be missed by many. Our love and thoughts are with all the family.

Doddy's TV documentary and attitude for living gave Lisa so much comfort...the foundation a fitting charity to donate to. 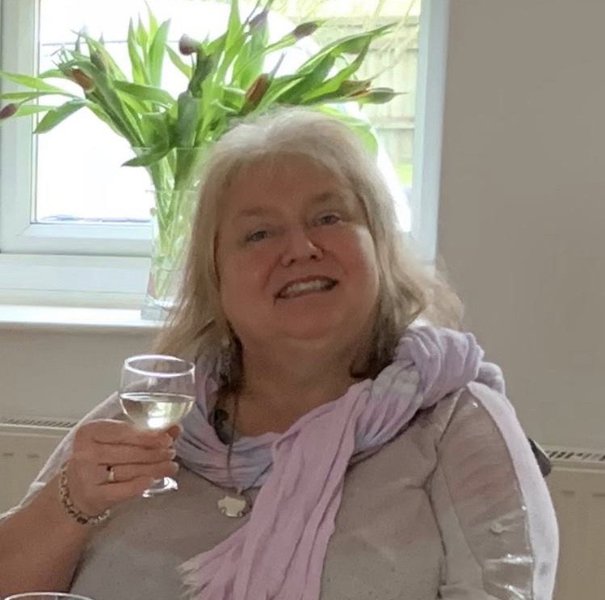 Just one of the many happy memories and fun times we had together. Another Murder Mystery when everyone was in role and Ian proposed to Lisa (right in front of Alan) and my brother thought it was a genuine proposal which caused much amusement! 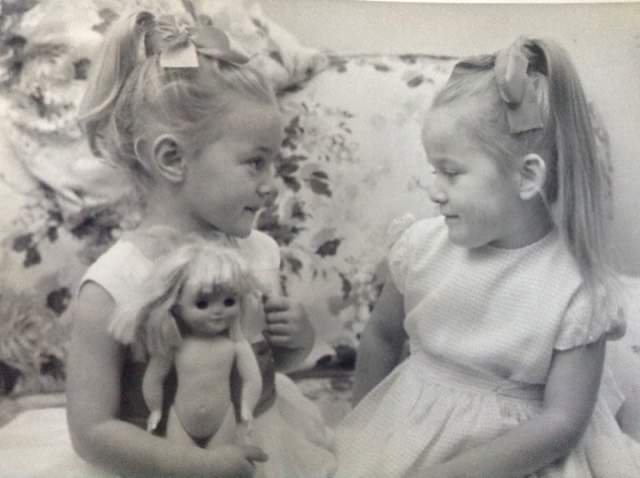 Young folk on an adventure to British Columbia. 18 years old? 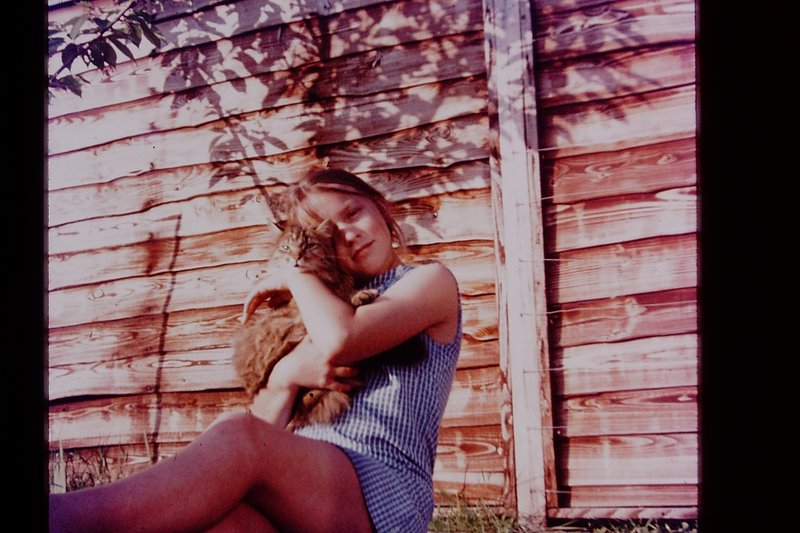 Lisa with Tammy at The Willows 1987. Enjoying the BC coast of Canada at Uncle Alan’s waterfront home. 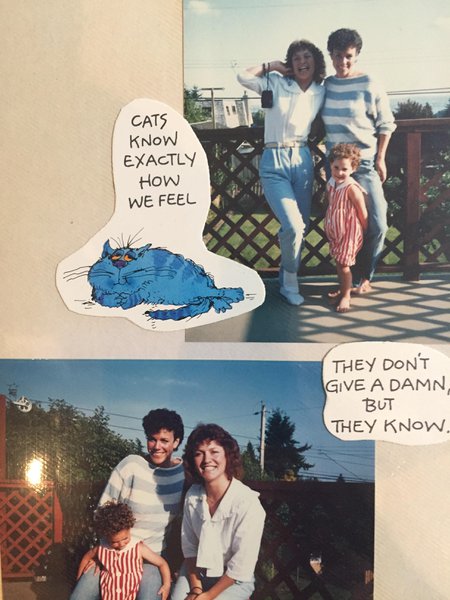 Visit to Vancouver in 1987, pictured with cousin Patricia and daughter Vanessa. On her way to Newfoundland. She did understand cats... 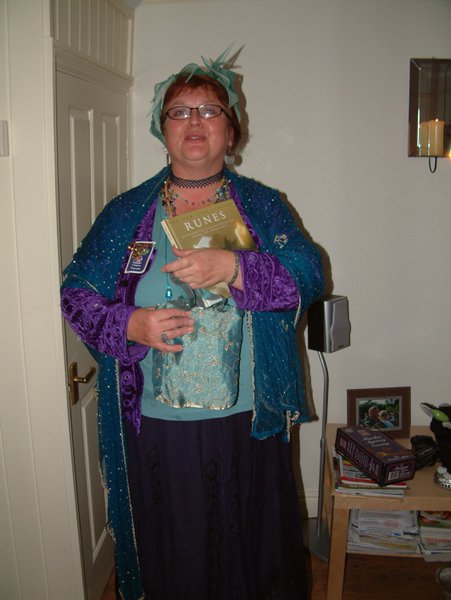 Claire Voyant, what a perfect character for Lisa to play in a murder mystery dinner for Bryan's 50th in 2006, it was a fantastic evening and Lisa was her usual hilarious self, we will miss your quirky take on life and your zany sense of fun, love you!xxx 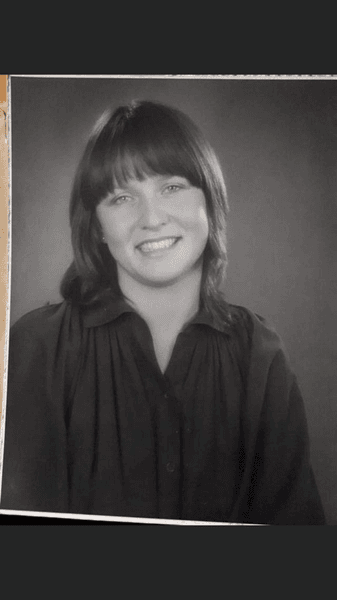 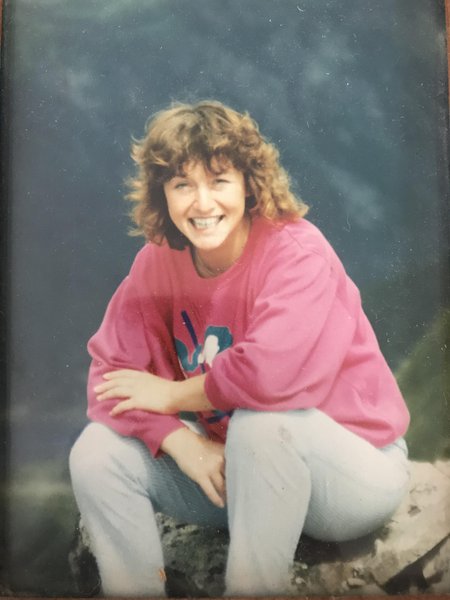 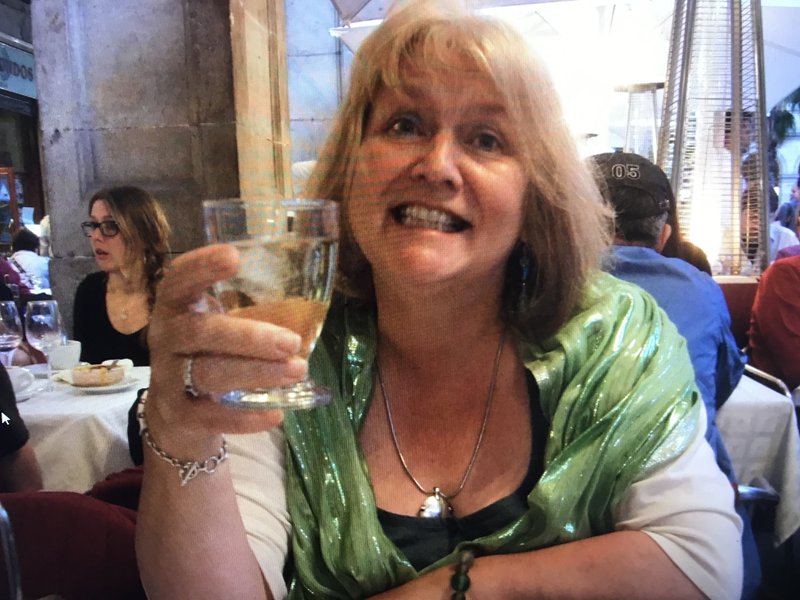