Mrs. Grace Iheoma Uwalaka-Uko, who left this world on the 16th of April 2020, was the second child born on the 20th of December 1942, to late Mr.Nelson Ibezim & late Mrs. Vida Chivoma Ukeka , of Umuokeanu in Umueledi Village , of Old--Umuahia Autonomous Community , in Umuahia South LGA of Abia State, Nigeria.
She started her educational journey with her Primary School in the very famous St. Silas Primary School. Old Umuahia, from her standard One to standard Six, and came out in flying colours. She later trained as a qualified teacher, through one of the Teacher's Training Colleges in Aba in the then East Central State of Nigeria. She had spent some years in Victoria, Cameroon with her Parents and her elder Sister Aunty DORATHY, who was popularly called "AUNTY" by all. However, she did not spend so much time in Victoria, Cameroon, as she was lucky to meet with a very young handsome hard working Man, who got her hand in marriage, that later brought them to Great Britain. That man was Late Mr. Francis Onyemerenkeya Uwalaka - Uko, who passed onto glory in 2014.

My mum on her arrival in the UK in 1965 was able to get a job and worked as a supervisor with Kenco Coffee House Ealing Broadway London from 1965 - 1967, then went onto work as a Canteen Supervisor for Little woods at Oxford Street from 1967 - 1974 . Then she gave birth to myself and my younger sister Uchechi. She then went on to work with Garden Merchants 'Trust House Forties' at Millwall, London as Catering Manager from 1975 - 1979 and then during this time she had my third sister Chinwe. This period was quite a challenging one for her as she had 3 little kids in addition to the fact that she was working full time. Whilst my father travelled all over the country due to the demand of his work.

But being the hardworking mum she was, she also enrolled herself in a college as a part time student in Hotel and Catering management and Bookkeeping. She also sold Avon products on a full time basis and was awarded a certificate as a great representative of her time. Our mum was also good at DIY . e.g Interior Decorations and painting. Mum was a very courageous, disciplined and hardworking woman. She gave us her very best that any mother can desire to give to her children.

On her return to Nigeria from London in the late 70’s, she stayed a few years not working and took care of us and trying to get to know the system . She eventually got a job as catering Manager with Nigeria Railway Cooperation at Ebuta-Metta Lagos where she worked from 1984-1993. She was later met with many challenges . Nevertheless, she stood firm and religiously dealt with most of the challenges with equanimity. She fought dogmatically to keep the family together in all respects.

It pleased the Almighty God to turn things around for the family, as all roads lead back to London in 1999. Mum then secured a job with Bar Cafe Travelodge At East India Dockland from 1999- 2000 and worked as a Cook Supervisor. She left this role to work with University of London Nutford House Senate Road London as a Catering Manager for 5 years from 2001 - 2005. It was thereafter that her health challenges began and things were not the same any longer for her.

Who are we to challenge God under this circumstance? Our unalloyed faith in God Almighty encourages us to praise him in all situations, He showed our Mother great Mercy, even to grant her salvation in Christ Jesus. We are grateful to God in no small measures. It pleased the Almighty to call her home, to share in His Rest.

Mummy, it is very difficult for us all that you've left behind, to say: ‘’Goodnight and or Morning ". The Eclipse has however overshadowed the day. It is Finished. Rest on now from your Labours. We hope to see you in Heaven, by God's special Grace. Goodnight sweet Mum, Good night mama Grace. Goodnight Dada Iheoma. We shall meet to part no More.

🧚🏻‍♀️Dada Ihuoma please continue to sleep in the bossom of our Lord Jesus Christ. We love you and but Jesus loves you best. We, the children of your beloved uncle, Dede Amon Amaefule bid you farewell🙋🏻‍♀️🙋🏾‍♂️. We will continue to love you our beautiful Aunty.
Mrs Margaret Akon

Hello Our Daughter & Son in Law,
Our Thoughts & Prayers are with you All on this Going Home Day of our Dear Sister & Cousin. May the Almighty God receive her Gracefully true to her Name.
Thank you All for giving her a befitting send off.
Remain Blessed.
ASONYES for UmuOkala/ UmuOkeanu in Diaspora.
Udo Asonye

Da Iheoma, Rest in peace. I love you but God loves you most. May you journey well to your creator .BYE till we meet again on the resurrection morning.

May her gentle soul rest in the Bossom of the Lord, Amen

May the soul of Da Ihuoma rest with God Almighty and may God comfort your family at this difficult time.

So sad, God always knows best and loves Dada Ihuoma more.
My sincere condolence to all ,receive comfort from the Lord and be encouraged.

Dada Ihuoma, we will miss you. May God comfort the family you left behind. On behalf of the children of Dede Amon Amaefule of Umuecheokwu village in Old Umuahia, your uncle, we love you and wish you rest in the bossom of our Lord Jesus Christ,Amen. The vacuum your departure has created can never be replaced . Rest in peace my beautiful, Aunt please sleep on. By Chinenye Okon, nee Amaefule

May her gentle soul find everlasting rest in the bosom of the Lord and may grant . And may God strengten the Ajuzie family and the whole Uwalaka family and their frinds to bear this great loss.

Our dear dada Ihuoma as we fondly call you may your soul rest in peace.Death is indeed inevitable.we are going to miss you here on planet earth though hard to believe that your are no more but we are consoled that you are resting in the bossom of the Lord. Continue to rest in the Lord's bossom until we meet on the resurrection day. Adieu Dada Ihuoma,..Adieu Anty Grace.

Dada Iheoma, we are going to miss you here on Earth, but believing that your calling is Devine, I pray God to console us especially, Your Children Oluchi, Uchechi, Chinwe & their families, Amen. Adieu Dada Iheoma, Adieu Aunty till we meet to part no more.

Oluchi and the uwalakas please accept my sympathy. Blessed are they that mourn for they shall be comforted . May you find comfort in the good times, the love and the good memories you have of your beloved mother, pretty lady. Ndo nuo

Mom, Rest In Petfect Peace.
We shall meet to part no more.
It is well with you.

On behalf of my family, I hereby wish to commiserate with the uwalaka family over the death of our beloved mother Mrs grace uwalaka. May her gentle soul rest in perfect peace. 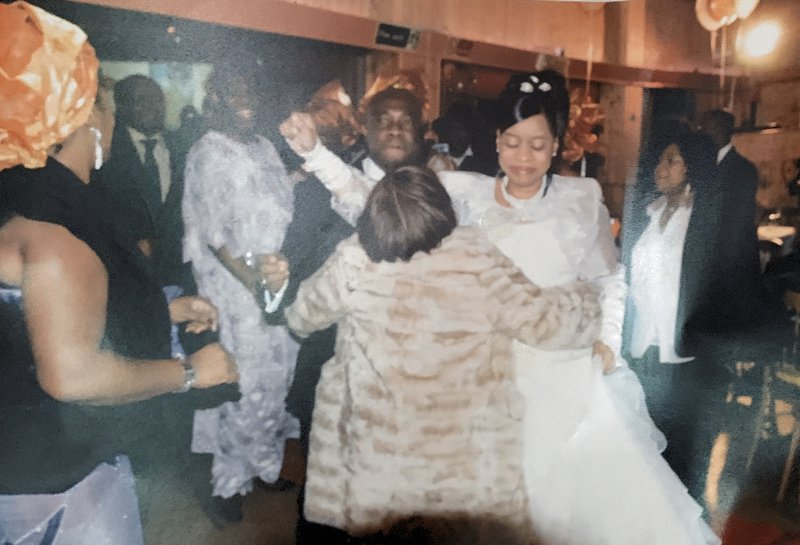 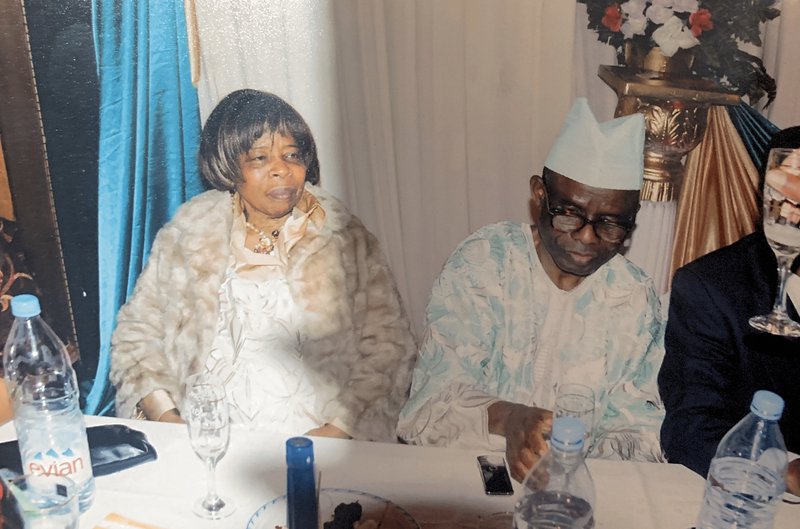 lovely to see the two together 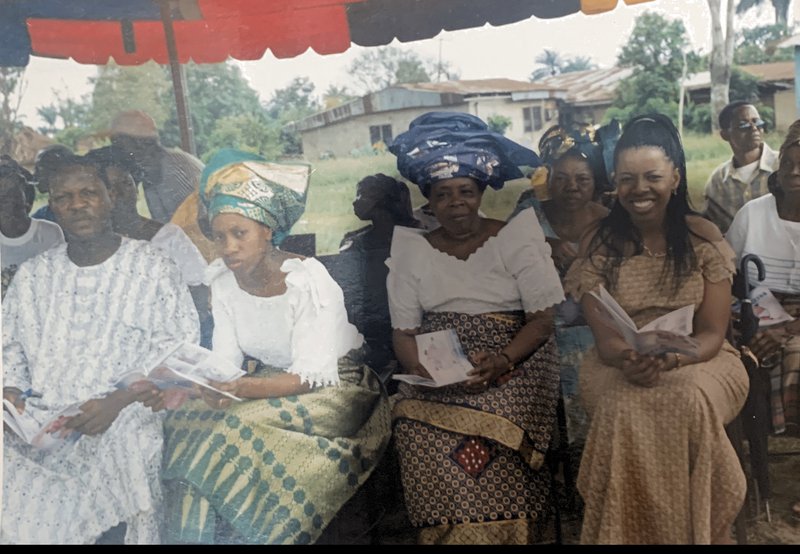 a woman who honours tradition effortlessly there's no denying the beauty this picture holds even in death she still looks glorious with her family such a wonderful family she had surrounding her look how beautiful she is with her girls surrounded by her grandchildren family always came first for her always one to steal the show with her outfit always one to dress and impress A Queen* A mother to many* Beautiful in and out* The two are surely missed Always a friendly and blessed soul Back in her younger days, she is truly missed Gone but not forgotten x

Forever in our hearts.