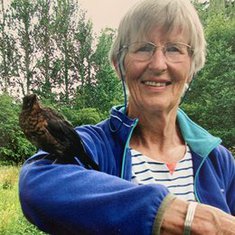 In loving memory of Jane Gibbons who sadly passed away on 2nd May 2020.Jane was born on the 8th of April
1940 in Oxfordshire,to parents Elizabeth and Noel Ruck Nightingale.She was baptised shortly after this at
Christmas common nearby.cc
She had a sad start to her life when her father was listed as missing in action in May 1940.He was actually killed,
but because of issues with the war office, the family weren't told of his fate for several months.
Jane's father was a captain in the oxon &bucks light infantry and was defending a hilly area against nazi attack.
He was killed leading a bayonet charge.Very few of the British troops escaped from here, however these brave men
allowed thousands of troops to be safely evacuated from Dunkirk.Jane was extremely proud of the father she never met.
Jane was schooled locally and went on to learn catering, which she did extremely well and over the years delighted
many people with delicacies she had produced.
In the early 1960 s she met Bob and they were married in 1964 and bought a house in the sticks and decided to
plant a vineyard.This took a few years to establish, but ended up being commercial success;Friends & family would
come to help with the harvest and Jane would feed & water them!Jane's famous home made bread and few bottles
of last year's vintage, there were no shortage of pickers!
In 1967 Clare was born and Jane took it all in her stride,2 cats,3 dogs,12 chickens & by 1969 John joined the clan.
Jane also managed a huge vegetable garden and orchard complete with large poly tunnel, growing all her own veg.
Her and Bob parted in the early 1980's and Jane moved to Cowes.She ran a B &B and ran outside catering enterprises.
In 2007 Jane moved to Somerset.She started by joining the local tennis club and ended up being a member of many
local groups including butterfly conservation, friend of crewkerne station and chair of the oddcombe walkers.
Jane was known as a friendly, generous,caring and extremely environmentally conscious lady, who was the 1st to
volunteer for events.
Jane was diagnosed with three forms of cancer in December 2019 and with the whole corona virus pandemic was
cared for at home by the family and ultimately her son John/Josh,who did a sterling job looking after her.She was glad
to sit in the open window and watch the birds and bees in the sunshine during her last days.
Jane sadly left this world on the 2nd May 2020 and will be very much missed by friends and family.
She was a shining light in our lives and leaves Clare and Josh and Her 4 grandchildren Rowan,Ruby,Kaj &Willow behind.

May I say thank you on behalf of Josh and myself for all your kind messages and generous donations. The funeral directors have informed us that we have raised £642.50 up to June 15th and I guess that the final figure may be more.Many people have sent donations direct to the funeral directors and hence the amount is different to that at the top of the page;. Anna Webb donated £25-Penny Head donated £30-Roma Wilkinson donated £30-Elizabeth Baxter donated £20-Josephine Hinson made a donation and Peter and Ruth Wooley Also donated. We had a lovely letter from The Dorset wildlife trust, thanking everyone for their generosity.

A lovely lady who we only came to know in recent years, but whom we will rember with thankfulness.
Love from Angela and David

In memory and thanks for the life of such a wonderful lady, with love from Angela and David Hamilton

This comes with all our love and thanks for the life of a wonderful lady,
from Angela and David Hamilton Photo taken on a butterfly walk with Jane in the summer of 2019. Near Kingcombe in Dorset.

In loving memory of a dear "long lost" cousin.
I'm so glad that we met up again her last year.
She was a delight, and very good company...
Sadly missed.
My thoughts and prayers are with Clare & Josh and family.

I am making this donation on behalf of Jane's friends and fellow play readers at Plucknett Players. She will be very much missed at our monthly meetings.

My special thoughts go out to Clare and Josh at this very sad time with the loss of their dear Mum, Jane. I live in Vancouver but I had a lovely visit with your Mum when I was visiting the UK in 2013.

Dear Clare and Josh,
I was sad to hear of your mother's dear after a battle with cancer. As the youngest cousin on the Nightingale side, I think I only met her a couple of times when I was very young and can't remember ever meeting you. But my thoughts are with you and I will be praying. It's always such a wrench to lose your mum and she sounded a wonderful person. In sympathy, Rosy (and Bernard)

I remember Jane - as a teenager all those years ago.

My beautiful Granny, I will miss always. Growing up I only ever had one grandparent and of course, my Granny had so much personality and kindness that she took on the role (and more) of what naturally should have been four people.

I have many many happy memories with Granny, we had so much fun and she always made me laugh - she is famous for her impressions (and silly faces)! Not only this, but we explored, collecting shells and fossils, flowers and mushrooms! We spent a lot of time outdoors on the beach getting sunburnt and sand between our toes. And we always baked together, which has certainly changed the course of my life and led me to wonderful experiences and people.

I always knew Granny’s love was unconditional, and her house was always a home. I will miss Granny more than words could ever say, but I know she is now peaceful and being looked after by those that love her. 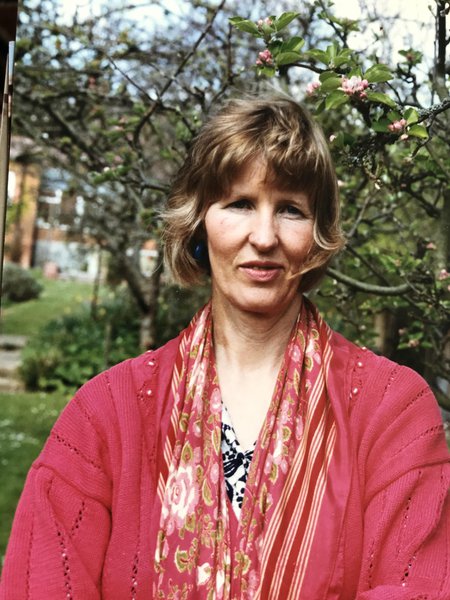 In loving memory of my oldest friend

A lovely lady and keen table tennis player who will be sorely missed. 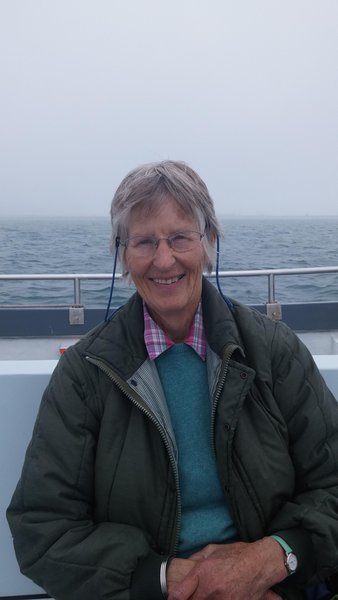 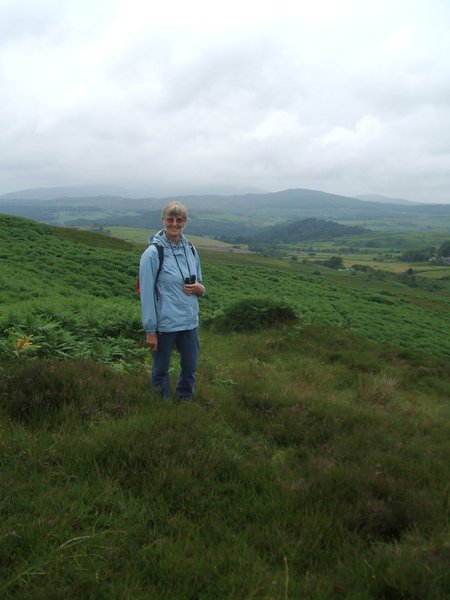 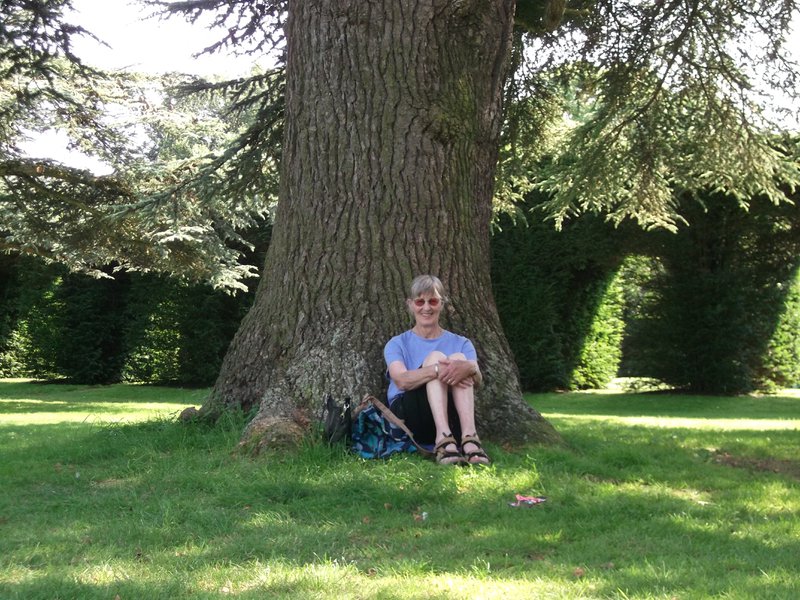 Such a sad loss. Jane was a wonderful mother, grandmother and friend. She was so kind and would do anything to help anyone. With a great sense of humour, she was a brilliant mimic, and made us all laugh. She had a great sense of fun and adventure, and was wonderful company. I have many happy memories, and feel privileged she was such a good friend, and will miss her so much. Sending much sympathy to Josh and Clare, Rowan and Ruby, and all Jane’s family. Photo taken on a butterfly walk with Jane in the summer of 2019. Near Kingcombe in Dorset.