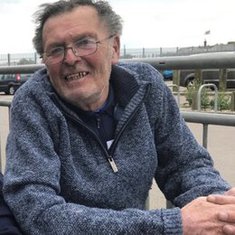 Son of Jim and Nancy from West Mersea, and brother to David, husband to Denise, father to Andrew and Nicola and grandad to Oliver died after a long fight with cancer and COPD peacefully in Colchester hospital on 26th April 2020.

He spent the whole of his working life at KB’s in the high street and later in layer road. He will be remembered for many things including his love of football and cricket both watching playing and running the line. He was known for being social and whilst with KB social club he organised and par took in “it’s a knock out”, rounder’s, darts, football, cricket, the pools and in off the post.

He supported Portsmouth’s FC for 55 years and got to see them win the league and get promotion which he loved, this day was possibly only beaten when he got to take his grandson to his first professional football match, Colchester united v’s Portsmouth, where they shared their love for the game.

He was known as being laid back, with a great sense of humour and became very well-travelled in Europe in part for his love of football and his love of cheap tobacco. Locally his travel knowledge increased whilst running “dad cabs” Which travelled to airports, night clubs and where ever you lived with no cost. Dad seemed to enjoy this as he saw his children and their friends at the best and worst and like a priest never told.

Dad liked to live the way he wanted and never took instruction well, even when he got ill and the hospital told him he would last more than 6 months he amazed them all by keeping going, and he only went when he was ready years later.

He is now at rest with Mum and if in death they are the same as in life, I am sure he is having his ear bent and they are both laughing

You are much loved and will be missed

I have been telling the tales of trips to Belgium with Adrian for years, moments in my life that made a lasting impression, never to be forgotten. I remember there was always a joke or three and a smile. He was one of those larger than life characters that the world needs more of. I shall raise a glass in his honour as soon as I get the chance. Long may he rest in peace with the Portsmouth FC fans and players of old.

Roger Chunnoo is attending the funeral 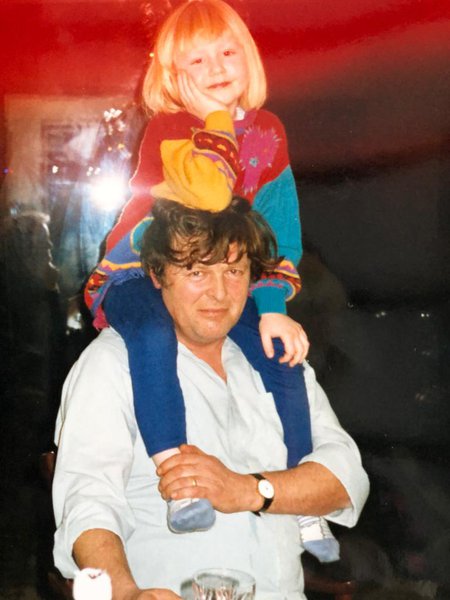 To my dearest Nici, Oliver, Andy and Mike . I am so sorry for your loss. What an amazing man your dad was and his spirit will go on forever. He raised Nici and Andy to be wonderful, kind, caring and generous children who like Adrian, welcome friends into their lives and love them like family. I will never forget your dad , he always knew what to say and what not to say, he could always understand our detailed diagnosis of a night out nic, even after a few (too many drinks!) he would worry about getting us home and meet us with jack on his lap, ready to hear our stories . I was lucky enough the have some time away with him and your mum when you took me on your family holiday in our 30s.. I’ll never forget the moment your dad took your mums hand and that was the first time in my life I saw genuine love and affection since I was a kid so thank you for giving me that precious memory and thank you to all of you for letting me be part of your family . Harvey too has fond memories and only your dad could make a book of flags interesting for a fidgeting little boy aged 6. of course he knew all the football teams and players from each country and No doubt that is why harbey is still to this day a flag expert ! I long to hug you Nic and tell you everything will be ok and while we can’t now ..we will be together soon. All my love emma

Thanks to everyone for posting such lovely photos. They are pictures to be treasured. I lived next door to Adrian for 20 years and knew him for 40. He was the kindest and most caring man you could ever have the privilege of meeting. Endless chats over the fence about cricket, his travel adventures, Portsmouth FC . .. all were priceless and I’ll treasure these memories forever. His humour, his laughter, his roll up cigarettes, his never ending stories about KB , his collection of cars! He was such a great storyteller. I am so lucky to have known him. I can hear your laugh right now Adrian. 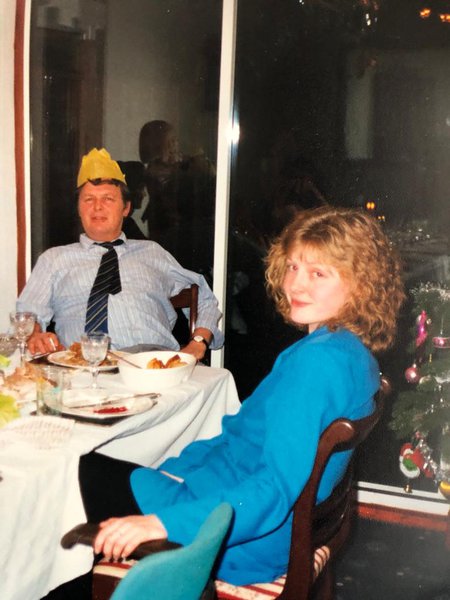 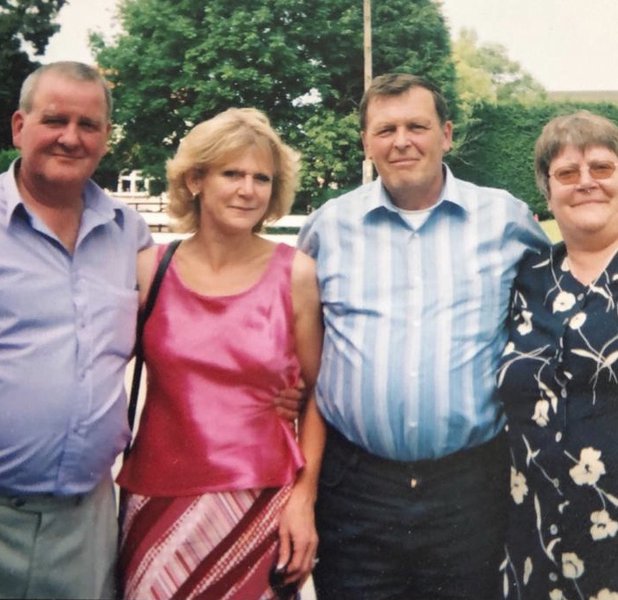 Adrian
Special memories of family times, especially camping breaks, Pub trips, and footie discussions !!
You will be sadly missed. A Scholar and Gentleman.

Adrian has been such a big part of so many happy memories for me. I will miss his cheery "hello Nic" along with the care he always showed and the wisdom he always shared. Rest peacefully Adrian xx 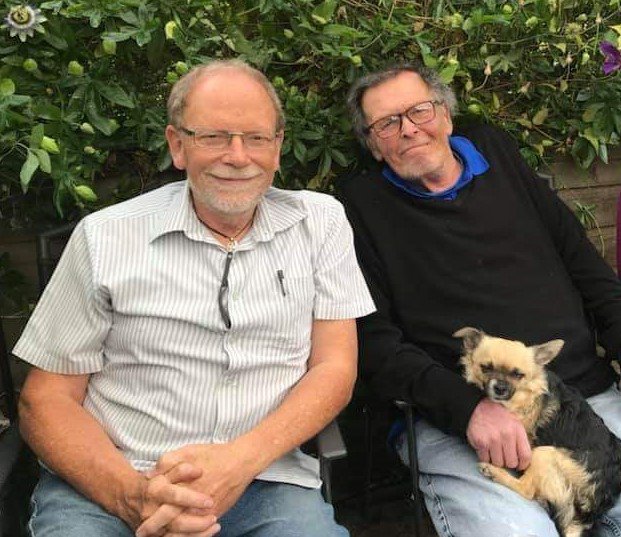 Its very hard to lose someone you look up to, I will miss you Adrian

Will always remember Uncle Adrian with the fondest memories, he was the kindest man I’ve ever met and would have done anything for anyone especially us children. He made our childhood special ( letting us get away with all sorts!) and the many lifts home from school on a rainy day and never complaining when we’d covered the inside of his car in mud, and still the only person I’ve ever met who peeled their potatoes on the back doorstep hehe god bless you lovely Adrian x

Where to start with a man that nice??
Firstly he was the best 'father-in-law'. Always there to give advice despite any differences between Nici and I.
A great friend. Probably helped by our mutual love of booze, fags and footy! The memories of Belgium and Old Trafford will remain forever in my heart. As will the blonde beer that he introduced me to causing me to pass out on a Belgian beach for a few hours!
He got me out of more scrapes than I can remember even after Nici and I had split up. Will be eternally grateful for having me the man. To me. The Legend. Rest in peace Adrian. I will raise a few glasses in your honour!!

So sad to lose Adrian, we were brought up together and although didn't see much of each other recently, he was still my cousin. Rest in Peace xx 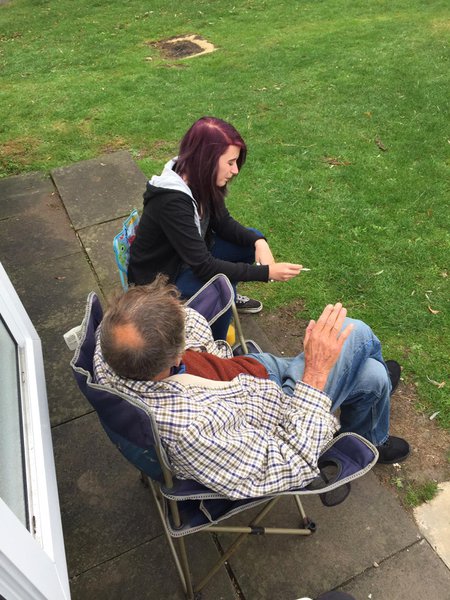 I will always be appreciative of Adrian accepting me into his family as a granddaughter, he didn’t have to share his love with me but he chose to, I will miss him greatly, along with our sneaky cigarettes and long chats, love you loads - <3 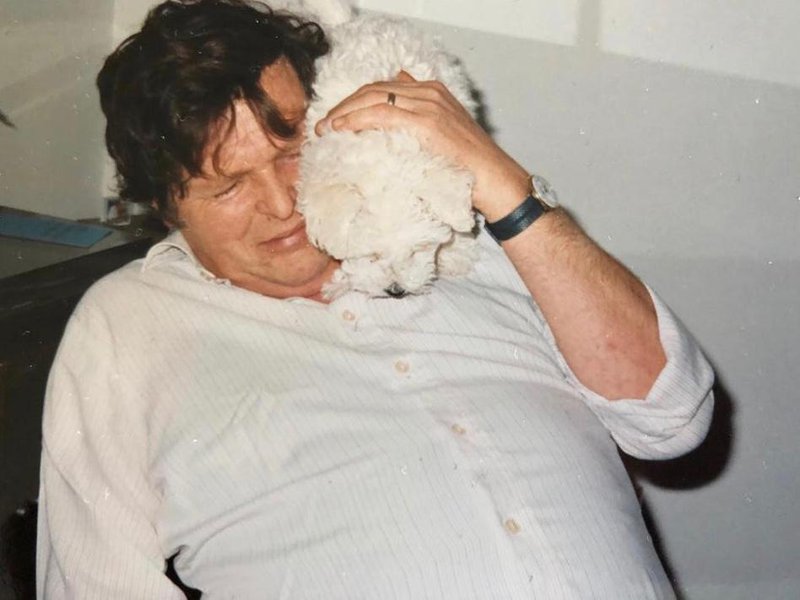 Jacqueline Hurst is attending the funeral 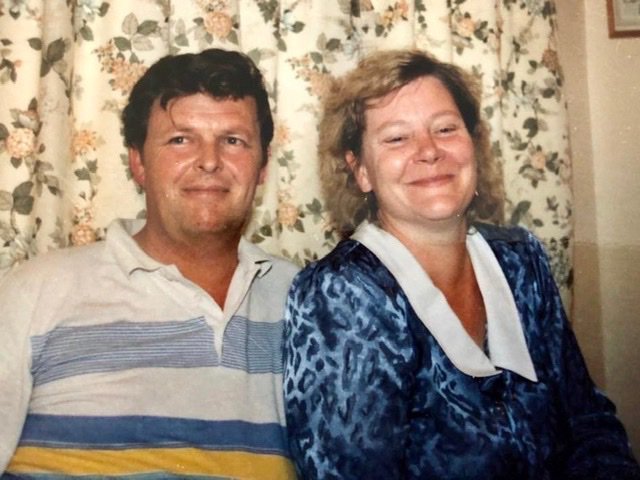 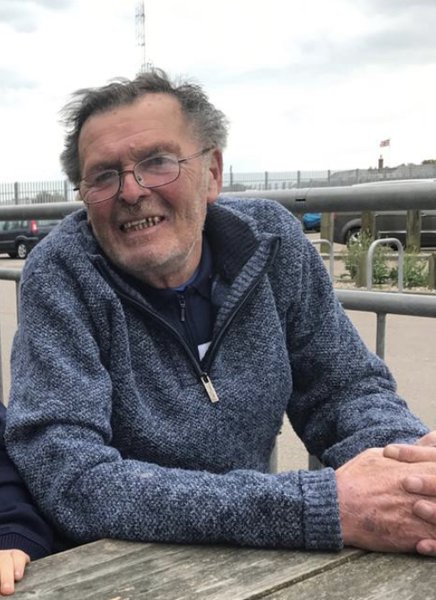 Its very hard to lose someone you look up to, I will miss you Adrian

I will always be appreciative of Adrian accepting me into his family as a granddaughter, he didn’t have to share his love with me but he chose to, I will miss him greatly, along with our sneaky cigarettes and long chats, love you loads - <3 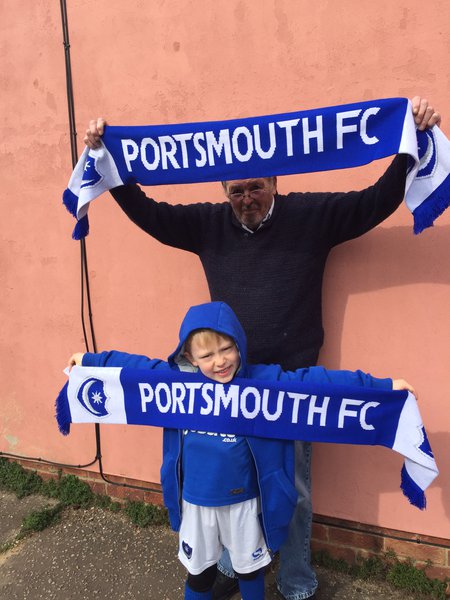 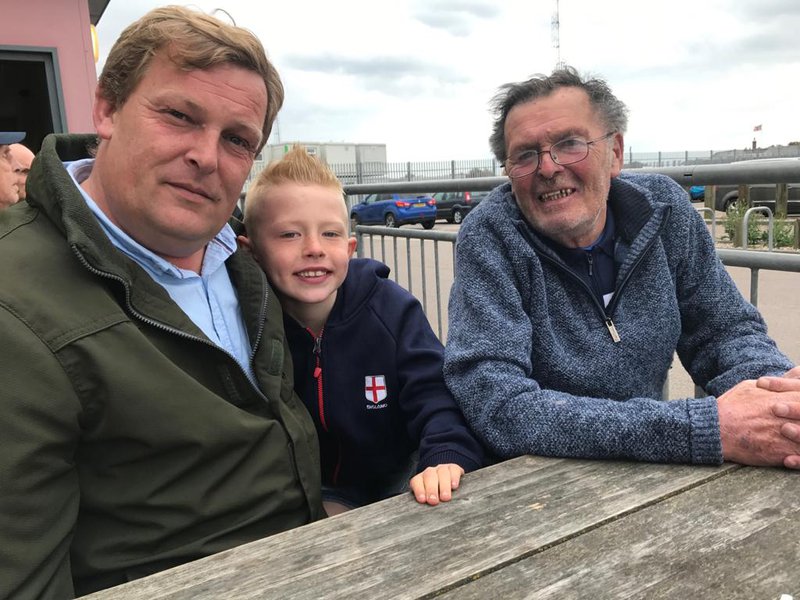