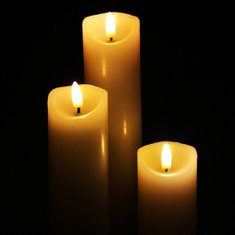 Born at Billy Row in Stanley, from a young age, Dad knew that he wanted more from life
than the expected career choice of going down the mines, displaying early on his trademark
determination and courage that we all came to admire and recognise in him throughout his
life. He worked hard to make change happen, passing the 11 plus and winning a place at
Wolsingham Grammar in 1940. Glowing references from the Boys Brigade from 1945
described him as a lad who was ‘anxious to get on in life’ and a further reference from the
church choir in that year noted that he was ‘young and very ambitious’. He took every
opportunity that Wolsingham Grammar offered and often spoke of the steep learning curve in
this new environment – but persevered and climbed from 29th out of 36 in the class after his
first term, to 11th by the time he left. The only thing that was a surprise to us was the fact that
he had spent years in the church choir! I’m sure we can all remember being next to Dad in
church and hearing him change from one key to another in the middle of a hymn!
After studying Chemistry at Consett technical college, he attended Rutherford College in
Newcastle, gaining his National Certificate in Chemistry in 1950.

He completed National service with the RAF from -1952-1954 which is when Dad
developed his skill for being thorough and meticulous in everything he did, being part of the
aircraft service team for the Squadron, and on board every first flight after each service – this
tended to focus the mind!

He moved to London after this, working for BP as a chemist in Sunbury on Thames. Soon
after, he met the love of his life, Mum, at the Castle Ballroom in Richmond and they started
to plan their new life together, marrying in 1958. From the beginning they grasped every
opportunity to get the most from life - perhaps being a bit quick off the mark on one
occasion, buying a black Triumph at a car auction on impulse, neither of them having passed
their test. Mum’s Dad had to drive it home and they lovingly washed and polished it every
weekend for 6 months and would be taken for a weekly spin around the block, until one of
them could drive.

They lived in Kew Bridge Court for their first few years of married life and Dad started
working as a government chemist in 1961. These were hard years, with little money to spare,
and 4 children under 5, but Mum and Dad valued everything that they had worked for and
built a secure and very happy family base. Although he did have a wobbly legs moment
when the deposit for Baird Road bounced and he was called into the bank manager – he
didn’t think they would cash it that soon!

Whilst Mum worked on a weekend at the telephone exchange, Dad would step into the role
of nappy changer, bottle washer and roast dinner producer – a man ahead of his time!.
Mum and Dad were a true team and their family was everything to them.
He was never one to shy away from a challenge – whether it was laying a concrete path at
Baird Road, (which Caroline promptly ran up while still wet), learning to swim as an adult so
that he was able to teach his own children, (he may have missed the lesson on diving, his
belly flops being the stuff of legend!),or taking the brave decision to move the family out to
Cyprus in 1974 to take up the post of Armed Services Food Chemist.

He always said he did the MOD a favour by staying on for an extra 3 years at the end of his
tour in 1977, but we all know that the whole family benefited from a very special 6 years and
think of Cyprus as our second home even now. As a family, we built a life around sailing,
something that Mum had always wanted to do - Dad wasn’t so sure though! He gave it a go
but decided that his skills would be better used in organising everyone from the shore and ran
the dinghy racing most weekends. He was equally unimpressed with ski-ing, but was great at
organising the ski lift tickets.

Dad did the MOD another ‘favour’ in 1986 and instead of retiring, as planned, went back to
Cyprus from 1986-1992, we all gained another 6 years of amazing holidays and special
memories, and for Mum and Dad, a chance to spend time with their first grandchildren as
they arrived !!

It was during these 6 years that they took up golf in Dhekelia, and on returning to
Stubbington and actual retirement, became founder members of Cams Hall golf club. Dad
became Seniors’ Captain, realising that his organisational skills could yet again be put to
good use and that Mum really didn’t need them! The club became a key part of their lives
and gave them many years of happy memories, golf holidays and good friends.
He and Mum took every opportunity to travel once retired, including cruises, East/West coast
USA trip and Europe (although Mum never did forgive him for marching straight through the
Cistine Chapel without looking up!)

We returned to Cyprus as a family in 2007 to celebrate Mums 70th birthday, where Dad
(AKA’70 in 07 Tour Finance Director’), took huge pride in showing the island to his
grandchildren, and showing his grandchildren off to his island friends.

Dad loved to be the host and enjoyed nothing more than having his house full of his family
and letting it all go on around him, listening to the chaos unfold – if at a restaurant with him,
all of his son in laws learnt to go to the toilet before him at the end of a meal, to try and pay
the bill , however if it was at home, he was always in charge of the BBQ!
Although very set in his ways when it came to what food he liked, he proved that a man can
change! How many years did we make apple pies for him at Christmas because he ‘didn’t
like mince pies’ or pretend that cheesecake didn’t have cheese in, or avoid curry lunches in
Cyprus because he ‘didn’t like curry’, to name a few, - until over the years realised that in
fact he did like all of these things!

Dad was very practical and resourceful: who could forget his wine making success and the
rocket fuelled apple and grape blend – the sustenance of many Christmases and Jackie’s
wedding, or the lazy Susan round table with the revolving centre for big family meals,
inspired by the Pagoda Chinese restaurant in Nicosia?

He encouraged and supported us at all times, whether it was playing squash, teaching cards
or helping with maths, chemistry or physics homework – his strong science genes definitely
skipping a generation!
All the grandchildren were calmed as babies when placed on the secure spot on Dads
tummy, where the babies enjoyed an afternoon nap, and Dad inspected the insides of his
eyelids.
He wouldn’t dream of giving advice unless it was asked for, and always knew when to say
nothing – not even raising an eyebrow when Paul decided to give himself a number 1 haircut

on the morning of Alan’s wedding. He very rarely lost his temper – even when Caroline
managed to reverse one car into the other having just passed her test - and deciding that the
best option was to head out to sea and stay there until Mum passed on the news!
Always there for us when we needed support or guidance, Dad was a source of quiet wisdom,
especially when it came to the big decisions such as house buying, jobs, house moves.
Never asked for anything but always appreciated anything anyone ever did for him – he loved
his home made freezer meals over recent years and the many cakes made for him (although
no-one ever got a 10 – ‘always leave room for improvement’)

After his stroke in 2013, we established an ‘edge of bed’ evening call routine to
make sure he had got up to bed okay. These calls were typically no more than a few words,
but I know deep down he really enjoyed hearing our voices at the end of each day.
Dad was immensely proud of his family and grandchildren and truly was never happier than
when he was with his family, and would often look around the table of 18 of us and declare -:
your mother and I started all this” The last time we were all together as a family for his 91st
birthday in January, he finished in true style with 2 shots of limoncello. Even at 91, he was
prepared to give it a go!

We all used to joke with him about his 9 lives and there will be few people who could have
fitted more into their one very long, happy and fulfilled life. He was truly a happy and
contented man whose family gave him great joy.
His unstinting determination to keep fighting and never give in gave us many wonderful
memories with him to cherish. In his words, he was ‘magic’.

It is with great sadness that I received your news of the death of your beloved father. I express my deepest sympathy to all of you. It is a great loss to all when someone like John passes away intο eternity.

My memories of your father are so filled with good things. In fact they go back to end 1971 when I returned to Cyprus on completion of my studies in Chemistry and took up employment in the Food Industry. We were assigned to supply the British Armed Forces in Cyprus with various food products and John was the Armed Forces Food Chemist at that time, and everything had to go via him. I remember our first encounter was one of sincerity and straight talk, that if I would “comply with the quality requirements we would have a smooth ride” . This was followed and drawing from his vast experience I was able later on with my appointment to the Board of Directors of the “Cyprus Institute for Standards and Control of Quality” to enforce new quality specifications for all food products. So John helped in upgrading the food standards in Cyprus and I am grateful for that.

Such was the trust that developed between us that we became close family friends attending the many functions that John and Sylvia used to arrange for the Food Contractors. We dined together, used to play tennis together, went to church services together and on the court jokingly John used to tell me “Lakis I know you are trying to loose my concentration on the game by talking business on the court, but you will not succeed.”

What impressed me most about John, was the close-knit family he built. His love and understanding for Sylvia and his children was overwhelming and he set an excellent example as a father for his children to follow.

John you have been an exceptional man, of determined character full of kindness and understanding offering the best you could to help others. I am proud that I had the privilege to know you and become friends, and will cherish the many wonderful memories.

Both me and Loukia will never forget you. Rest in peace.

Judith and Derek Freshwater donated £20 in memory of John

Love to all the family

Lovely memories to hear, whilst painting a picture of John for those who knew of him, but not well. I think it’s true to say Richard has taken on his dad’s BBQ management !

Knew John & the Bell family in Cyprus in the early 80's. Oh so long ago. We were all members of the Dhekelia Yacht club, where John worked tirelessly behind the scenes. They were noted for the splendid Barbecue parties they gave. 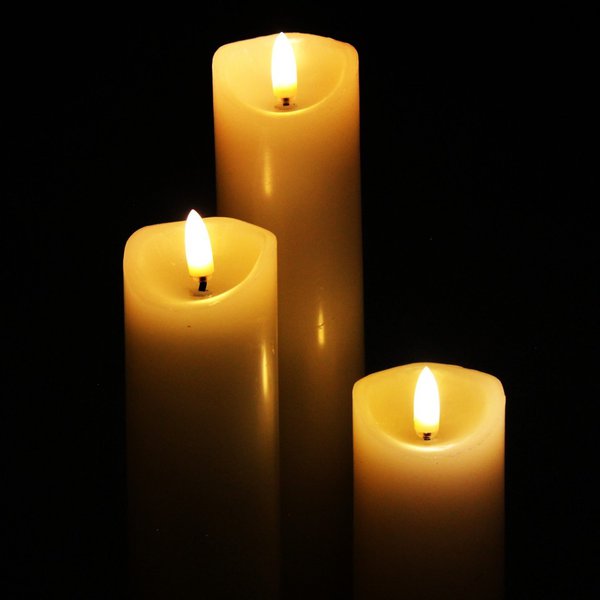