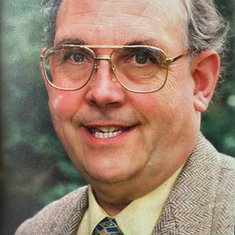 In loving memory of Roland Arthur Charles Partridge who sadly passed away peacefully in hospital on April 6th, 2020 after a period of illness. Loving husband of Janet, father of Christiaan, father-in-law to Sarah and grandad to Emily and Adam. A private burial will take place at St Mary's Church, Woolpit. Donations if desired to 'EACH' may be sent care of Andrew Bingham Independent Funeral Service.

Roland was born in the Woolpit Institute, growing up in the village and later becoming a member of the youth club. He resurrected Woolpit Cricket Club, playing on a field behind the church, before moving to Haughley Park. He worked for the Meat & Livestock Commission, where as an inspector at Elmswell Bacon Factory, he met Janet, who he later married. Their son, Christiaan, was born in 1975.

Roland had stopped playing cricket and moved to Haughley, but kept strong links with Woolpit, being churchwarden for many years, organising the cutting of the churchyard and seeing the church through three interregnum periods. He started playing bowls for Haughley for a short time, and was a season ticket holder at Ipswich Town. He still followed the cricket and also used to enjoy watching the horse racing on television.

He made a few guest appearances for Needham Lions Cricket Club, when Christiaan also started to play cricket. He also helped Christiaan in writing the match reports for Haughley United Football Club.

In retirement, he took up bowls again, firstly for Mid Suffolk District Council, then latterly at Elmswell until he became unable to play. He and Janet used to enjoy cruise holidays, managing to get away once a year to different places.

Sadly, a rare form of dementia robbed us of our husband, dad and grandad in the last 2 years, though he died peacefully.

I am very sorry to hear that Roland has died. I was only thinking about him the other day. He was so appreciated by me and the clients he provided an ultrasound scanning service to in East Anglia when he worked for the Meat and Livestock Commission. As his line manager, he was a joy to manage as he never failed to keep me informed where necessary and was totally dependable, more than once going the extra mile. Farmers totally trusted him, as did I.
Prayers and thoughts at this time to Janet and the rest of the family.

Janet and Christiaan - I was really sorry to hear the news that Roland had passed away. He was a good friend and colleague to me when I started working for MLC, taking me under his wing and teaching me more than he realised about the farmers we worked with and how to work with them. Clients thought he was lovely, he liked to do things "just right" and if Roland said that it had a muscle of 35mm - then that is what it was, no arguements. He had great crediblity and integrity, though he did used to round down the odd client invoice by a pound or two (with a friendly smile) if was provided with good tea and biscuits. He was still being discussed by client many years after he left MLC. I know you will miss him very much.

In memory of Roly.

Loveand hugs to you all xx 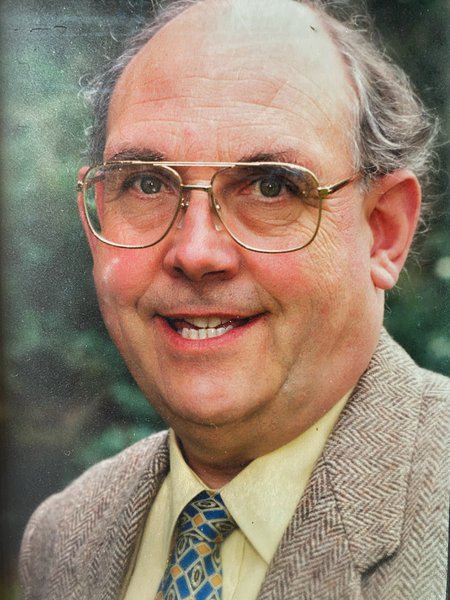