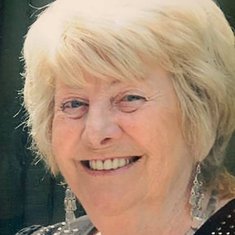 Donate in memory of
MargaretDementia UK

In loving memory of Margaret Mary Butler who sadly passed away on 27th March 2020
Due to current guidance only the immediate family are able to attend the service.

Margaret was the eldest child of Alice & Joe Wakefield who doted on her three younger brothers. She met Colin and they were married on New Years Eve 1966. Margaret worked all her life, first in the post office as a counter clerk, and later as a wages clerk with other jobs in between such as Cheeseborough Ponds & Exchem. Margaret enjoyed her holidays with children Julie, Helen & Stephen, mostly spent on the East Coast when the children were young. Later Margaret & Colin went on lots of holidays abroad together and also with their family and grandchildren. On her last holiday to Australia to see Stephen and his family, Margaret had a stroke on the flight over which was to be the start of her vascular dementia. Margaret bravely battled this debilitating illness for many years, finally losing her battle on 27th March in Royal Derby Hospital. The family are asking for donations in lieu of flowers due to the current circumstances. All donations will be given to Dementia research.

In Memory of Margaret

Margaret you were a gift to everyone who met you, the mother everyone would like to have had. So many happy memories, a pleasure to recall. Rest in peace lovely lady, you will never be forgotten. Bev Elvins

💜 For My Aunty Margaret. A lovely lady I’ll remember as kind, caring, glamorous and always with a smile on her face. Will be thinking of you all today 💜

For my Aunty Margaret. A lovely lady I’ll remember as kind, caring, glamorous and always with a smile on her face. We’ll be thinking of you Friday. With love from Sarah,Brian,Kieran & Ellie xx

It’s about time people stopped suffering with this cruel illness. I’ll be thinking of you all on Friday xx

RIP Margaret a lovely lady who will be missed x

Thinking of Colin and his family at this very sad time

All our live Lynn and Johnn xx

so other people don't have to suffer this cruel illness,love you forever mam xx

Thinking of you always Margaret, you will be sadly missed 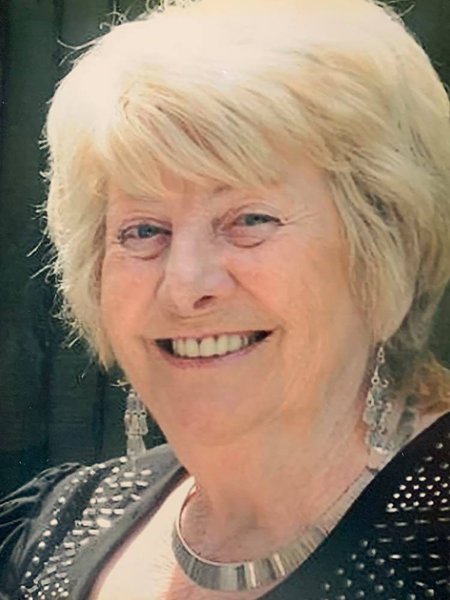