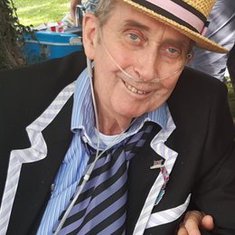 Donate in memory of
JohnHeart Of Kent Hospice

Thank you so much to all staff at Heart of Heart Hospice. We are indebted to the care and support that all gave dad, myself and sisters. We can’t thank you enough.

To a great friend you will be missed
Mike

Thank you for looking after my cousin John. He always looked after me and I will miss him greatly. We shared many happy times and adventures over the last 50 years. Thank you.

On behalf of the members of Medway Towns Rowing Club who will remember John
for the support he has given over the years. Rest in peace

Thankyou to all of the staff at HoK for caring for Dad and supporting him with such empathy, respect and reassurance. We were totally blown away with the level of support given to him and the familyx

John was passionate about rowing throughout his life and particularly making the sport accessible to a broader range of people through recreational and touring rowing. He was never afraid to speak his mind and made a difference wherever he was involved. He was enthusiastic and a great support to the British Rowing Recreational Rowing Committee, on which he served for many years, always attending events despite his advancing health problems
We spent many hours talking about our shared interests and he will be greatly missed and well remembered.
John Turnbull
Chairman, British Rowing Recreational Rowing Committee

So sad to mark the passing of someone who contributed so strongly to the success of MIRC, especially its junior members, and to my own rowing.

Thank you John and Rest in Peace.

So sad that John had to deal with so much in the later years, which he managed characteristically stoically, philosophically and calmly. But good to know that he was so well supported at Heart of Kent Hospice - thank you to doctors and nurses there.

My sincere condolences to daughter Jo and to John’s wider family on his passing.

Katy and Matt Powis-Holt donated in memory of John

Angie and Dave C donated in memory of John

We will miss you John. Your determination and contribution to rowing is inspiring as well as your love for the Clayton clan and the rest of our family. Thank you to the HOK Hospice for your care and attention at such an important time.

Sandy and I will miss John's company on the rowing tours and at recreational rowing meetings. He always had an anecdote to tell us as well as strong opinions and advise.
Peter and Sandy

Alan and Maggie Leeson donated in memory of John

Harry and Anne Salmon donated in memory of John

Jo, Pete and Io Self donated in memory of John

Jo, Pete and Io Self wrote

Jo, Pete and Io Self wrote

Judith and Mike Taylor and Powis donated in memory of John

Thank you John for all the support you gave me when I approached you back in 2006 when I wanted to start rowing at The Judd School. 14 years later many young people have benefitted from learning how to row. Thank you.

I will miss him my cousin John. We saw each other sporadically through our lives but always there was a closeness. Love to all that cared for him and about him. Hugs.

With love and thanks

I send John's family and friends my sincere condolences following his death. He had been coming and parking in my (Old Blades') garden during Henley Royal Regatta for many years and will be sadly missed. My thoughts and prayers are with you at this sad time. 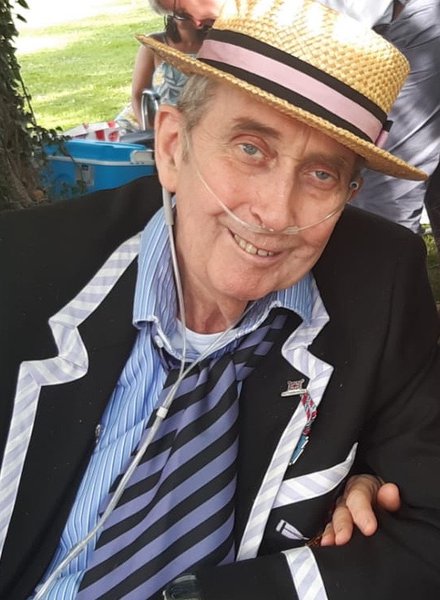