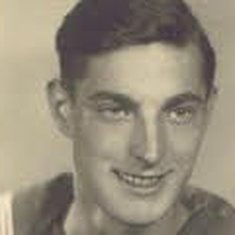 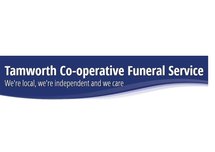 Fred was born to a very poor family living in the slums of Birmingham, after a quite dysfunctional and unsettled childhood, Fred joint the Royal Navy where he saw active service during the last three years of WWII.
After the war Fred decided to see the world without having to find the money to do so; and work of many kinds was to be the answer. His early efforts took him to Norway and the Arctic waters of the Svalbard archipelligo before a chance meeting and a new job took to him to Canada.

Returning to England he used his skills as a trawlerman to raise a stake that would take him to Sweden. He lived there for about year and a half working on farms, as a window cleaner, in restaurants and factories and, for a few weeks, in the Royal Household until a doomed romance took him for a time to Finland.

Following a further return to England he began working again as a trawlerman fishing around the Western Isles and far to the west at Saint Kilda's island in the Atlantic. Another change took him to the Faroes and Shetland until a traumatic experience forced him to reconsider his life style and its dangers. He set up and ran a small enterprise until boredom sent him back to sea once again with voyages to apartheid South Africa and to New York in the senator Mc'Carthy days. A dull week in England lead to signing two year articles in a tanker which took him to Australia, the Indian coast, Venice and Athens. After spending his payoff from this voyage he joined a ship on the run to Buenos Aires where he was not only able to get some insight into Argentine politics and revolutions but also to start a new romance.

A badly timed medical treatment found him once more on a slow trip to Australia where he jumped ship in Melbourne in a misguided attempt to get back to Argentina. Penniless, he took the first job he could get before moving to Sydney where once again he found work as a trawlerman. This work took him around the islands of the Tasman Sea and the storms of the Bass strait; and incidentally found him appointed as a minor official of the Australian Union of Seamen. The outcome of an industrial dispute finally lead to him signing on a ship bound for Japan and a short romance before sailing again to Western Canada. The last leg of the voyage to England caused him to reflect upon his careless life style and his future. His circumnavigation of a world that was about to disappear had taken slightly more than twelve years.

After his time at sea Fred set himself up in business, firstly with a garage before finally setting up Windscreen Services, the company he ran for more than twenty five years. During this time Fred's adventures continued, he finally settled down, and married, something his mother never thought would happen! Having married Avril in October 1964 they went on to have two children, Annelli and Simon.

Fred never lost his love of the sea or travel, keeping a boat until well into his late 80's. He continued to travel extensively, going on round the world trips and a number of cruises.

Fred was know by all who knew him as a great story teller and in his later years he discovered a love and talent for writing, and self published two novels, Fred's Slow Trip Around Another World and The Slow Death of the Eilen Mhor.

Fred was a much loved husband, father and grandfather, whose loss leaves a space in all our lives that will be impossible to fill.

Grief is not a disorder, a disease or a sign of weakness. It is an emotional, physical, spiritual necessity, the price you pay for love. The only cure for grief is to grieve.

From Diane and John

A charity close to Fred's heart.

A very kind and inspirational man, we had the pleasure to know.
Bob and Karen Goodenough.

Fred was like an iconic building, he was always there. He will be missed by all that knew him.

The years never dimmed your sense of fun & joy for life. We'll miss your cheerful banter and fishy tales of days gone by.
Sleep well and thank you for your friendship. x

Fred, my good and trusted friend. How I shall miss your cheerful banter and fishy tales of days gone by.
The years never dimmed your sense of fun and joy of life.
Sleep well and thank you for your friendship. x

Sorry, I can’t be at the funeral. Hope all goes OK.

Sorry, I can’t be at the funeral. Hope all goes OK.

Enjoying a beer in France

Carlos Pardo is attending the funeral

chris mccormack is attending the funeral

So glad to have met up again after all those years

Mark McLoughlin is attending the funeral

Grandad Fred was one of the best storytellers there is. The life he’s had and the stories he told astounded me. He’s a great man and a great grandfather and will be missed dearly

Thomas Edwards is attending the funeral

Enjoying a beer in France