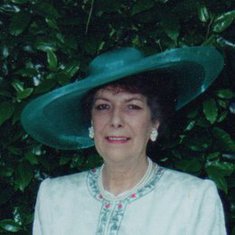 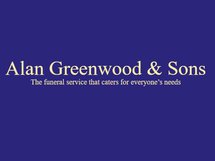 In loving memory of Carole Patricia Hazell who sadly passed away on 23rd November 2019. The following notes are written by her son, Neil...

THE MAGNIFICENT MODEL
Mum, like all Mothers, played many roles, but she played them all with the panache that led to early acclaim as a model. I'll include her promotional photo for the film, "Young Bess," starring Stewart Granger and Jean Simmons, Deborah Kerr and Charles Laughton... though when you see the photograph, you may well notice the even more significant stars: Mum's Mum looking proudly on from the background, and sisters Denise and Dierdre looking up with admiration at their older sister. Mum's commitment to excellence was a hallmark throughout her life - always looking immaculate and helped by the friendship and professional hairdressing skills of dear Trudi.

Oh, and did I mention she loved amateur dramatics?...

Mum's modelling skills led naturally into a successful spell as an area manager for Pippa Dee parties, ensuring our childhood was filled with glamorous ladies understandably excited about lingerie!

THE ANIMAL LOVER
Mum's fame as a lover and rescuer of animals was established from the earliest of days - bringing stray dogs home even when she was a teenager. Of course, her love of her own dogs such as Buddy, Moffat and Pippin is the stuff of legend. The list of species saved by Mum and immortalised in her much-loved poetry also includes Freddie the field mouse, and the Press celebrated sparrows: Chippy and Chirpy.

THE SPECIAL SISTER AND SISTER-IN-LAW
Rarely has there been a sister so devoted to her siblings and vice versa... to Shirley (with whom she shared her extraordinary faith), to Trevor, to Denise, and to Dierdre. That love was richly extended to an embrace of Dad's family and later on to Ron's. Love never fails, and Mum's love had no boundaries. She will be as missed by her surviving Sisters-in-Law as she will by her surviving Sister, Dierdre.

THE STUDIOUS STUDENT
Without a shadow of a doubt, Mum's days with Shirley and Trevor, at Sheephatch Camp School are recorded as some of her happiest. Fascinatingly, the school is now a Muslim institution breaking so many happy decades of tradition.

THE TANTALISING TELEPHONIST
Canadian Immigration days as a telephonist with Sister Shirley include deliberate changing of telephony communications from, "Trying to Connect You," to, "Trying to Forget You!" and "Number Please," transformed to the much more professional, "Rubber Knees!"

It is with great interest and regrets that we learned that the Chief Medical Officer at Canadian Immigration used to give the team the choice of free cigarettes at Christmas, or a Stilton Cheese... oh, that Mum had chosen the cheese!

THE BOUNTIFUL BARMAID
To say Mum was an' innocent' would be an understatement... Only mother could hail a customer across a crowded bar with the question, "Sir, do you want stuffing?" The response (other than the delighted silence that enveloped the bar) from the pub's owner was, "Oh Carole!"

THE SUCCESSFUL SECRETARY
Mrs Wolf's Secretarial School transfigured Mum from Telephonist to Typist, with a side-speciality in Shorthand. Whilst Mrs Wolf sounded like the fiercest of Secretarial Birds, this training opened the door to many happy and fruitful years at NEL, and all the other names it morphed into.

THE CORDON NOIR CHEF
As a Creator of Culinary Delights, a Cordon Noir Chef of the first order, Mum is remembered by many a cousin for her "Killer Pie"! This National delicacy was the tastiest combination of sausagemeat, stuffing, and delicious pastry... the 'killer' being a reference to the recipients' inability to move having consumed the dish. Mum's "Poor-Man's-Scampi," is still the best dish on the Planet. Let's not forget that her prowess in the kitchen was recognised Internationally through her years at Guthrie House.

THE DISTINGUISHED ARTIST
Creativity flowed through every vein of Mum's body. She could sketch, she could paint, she could use charcoal and pastels, and boy, could she arrange flowers! Christ Church URC, Leatherhead, was Mum's floral focus for many happy years. Our libraries and memories are filled with her painting and poems.

THE DEVOTED DAUGHTER
Mum's understandable dedication to her own Mother, and later to her ailing Father, and then to his second wife, is nothing short of saintly. Her kindness, compassion, and thoughtfulness was something to admire and imitate.

THE WONDERFUL WIFE
Forget D H Lawrence's "Sons and Lovers," and think instead of "Sisters and Husbands." Through Dierdre's friendship with my Dad's sister, Eileen, Dad was to meet the glamorous Carole - directly as a result of needing to return a worse-for-wear Dierdre to the family home. This encounter and the regular vision of beauty at the bus stop lead to Dad plucking up the courage to ask this divine beauty if she would prefer a lift. He reassured Mum that he knew her sister... and the rest is an important set of chapters in Mum's history.

Later love was found in the elegant dance-partner, Ron, who was attracted to Mum's advert in the Personal Column. He was chosen from a multitude of potential suitors, and wedding bells eventually followed. Shall we sing of dancing, of dogs, and of garden parties?

THE ADORABLE AUNTIE
It won't surprise you know how fondly Mum is remembered by our wonderful tribe of cousins. Here's a forage into our family trees that populated our childhood with joy and happy memories...

THE GRANDMOTHER AND GREAT-GRANDMOTHER
Mum was proud to be the Grandmother of Katie, Samuel, Joshua, and Richard. As the years have rolled on, she was also delighted to become the Great-Grandmother of Charis and Josephine, Jonah, Theadorable, and Selina.

THE MEMORABLE MOTHER
Alison and I will always remember Mum's creative thoughtfulness, her sense of humour, her principles, and her wisdom. She is, forever, in our thoughts.

The above is not necessarily accurate but rather reflects Neil's understanding of history!

Carole was my second cousin. We only got to know Carole in her later years, at first when she visited my mum who was Carole's mum's cousin. After mum died we started to see Carole and Ron for lunches at the Frankland Arms in Washington. We loved Carole very much and were so sorry at her passing. We would like to have been at her funeral but we were away at the time. Our thoughts are with Ron and all Carole's close family.

We will miss you. Travel safely, much love from Cathy, Ken & family.

In memory of a very special lady. Rest in peace Carole. With love Sandra and Anita.x

In memory of a very special lady. Rest in peace Carole. With love Sandra and Anita.

Thank you Neil for the write up of Carole’s life. I appreciated it.

Own a Printed Memorial Book 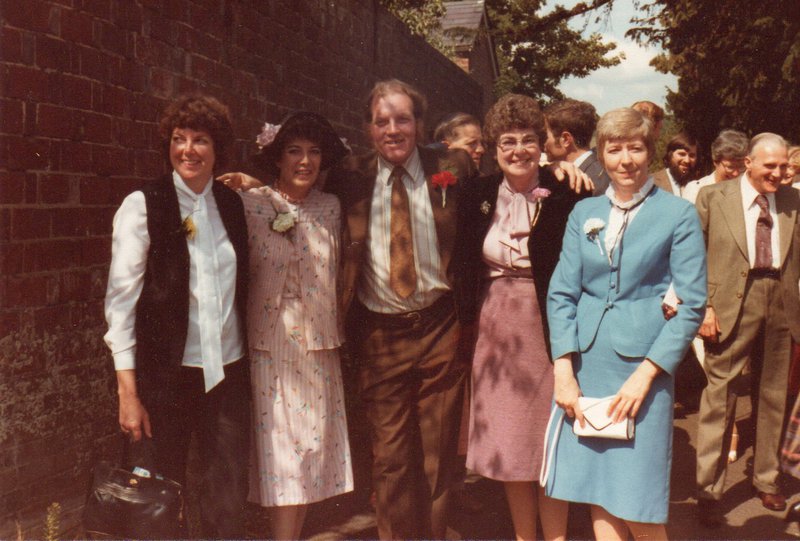 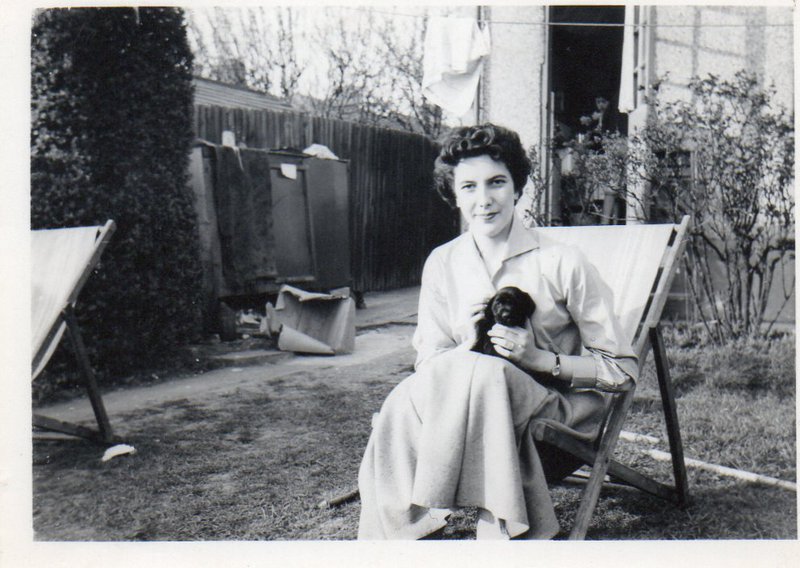 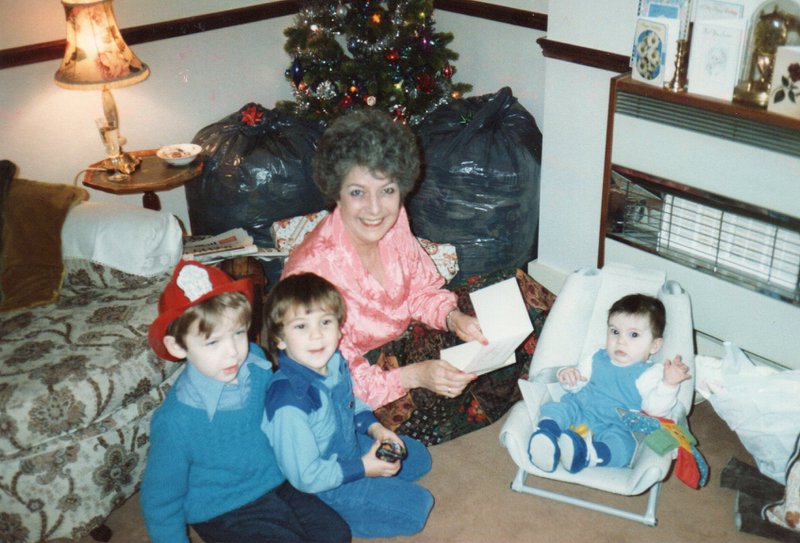 Auntie Carol
I close my eyes as I wipe a tear.
I just keep wishing you were still here.
I will hold all the memories deep in my heart.
Through these memories we'll never part.
Love & Miss you Helen x 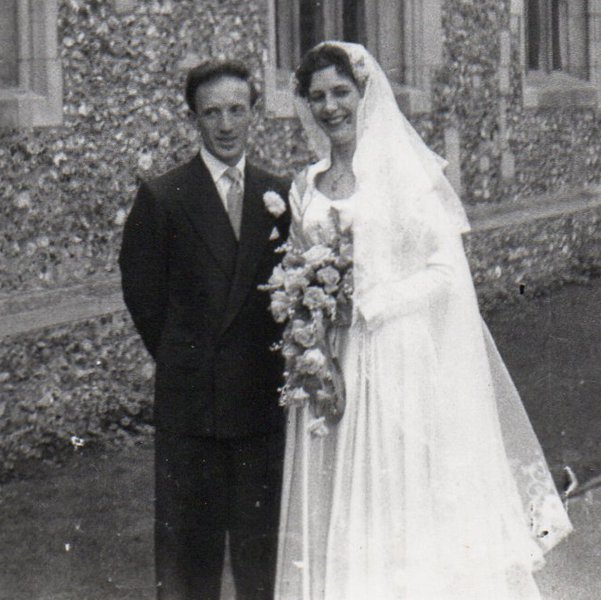 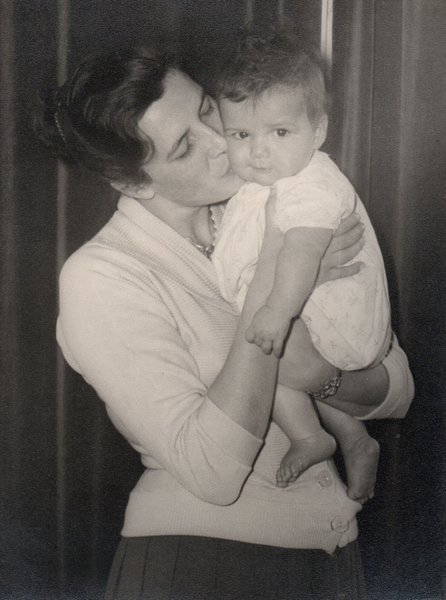 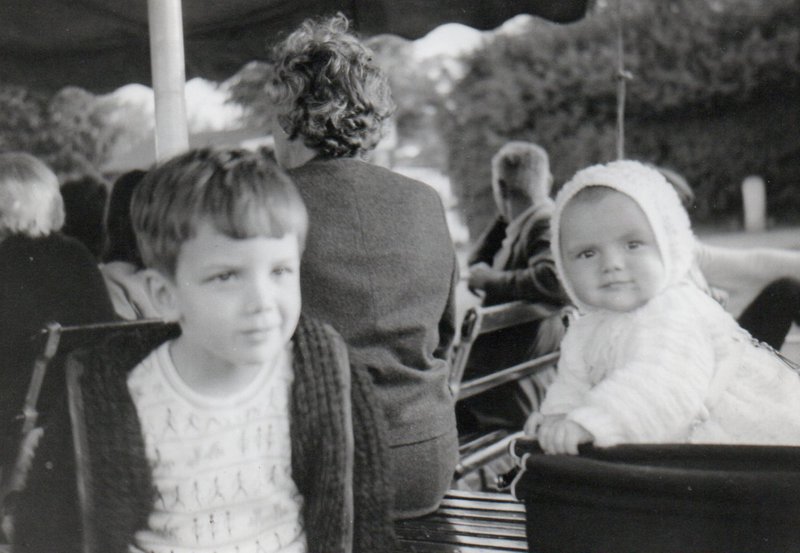 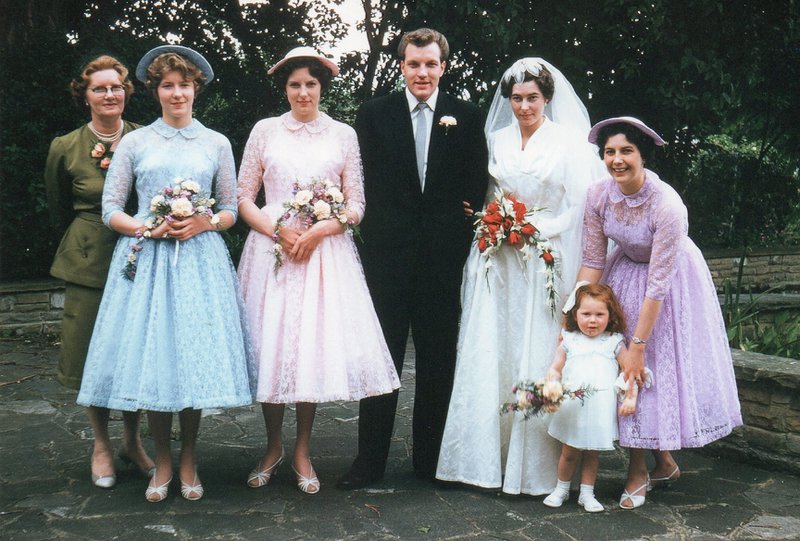 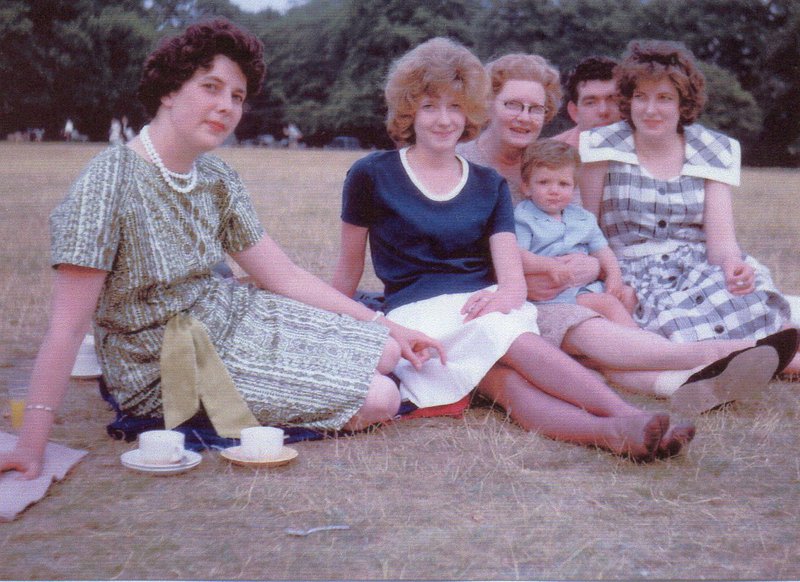 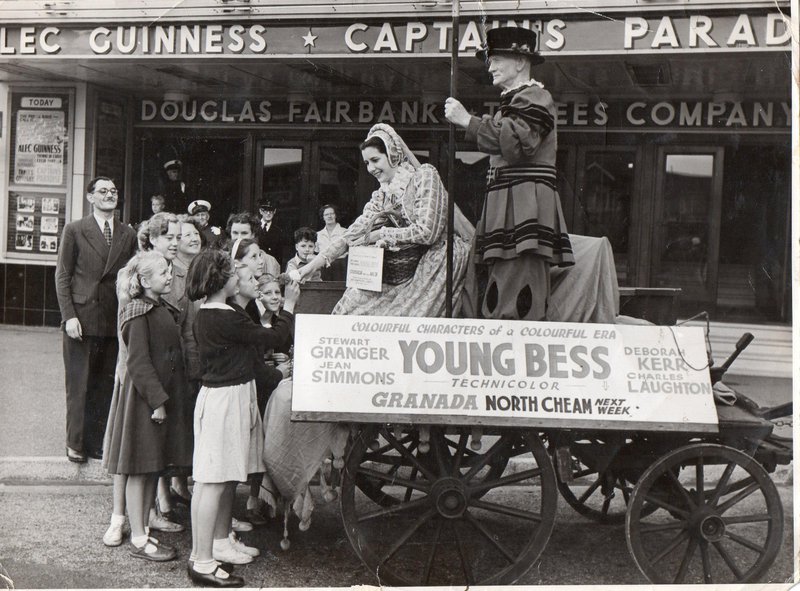 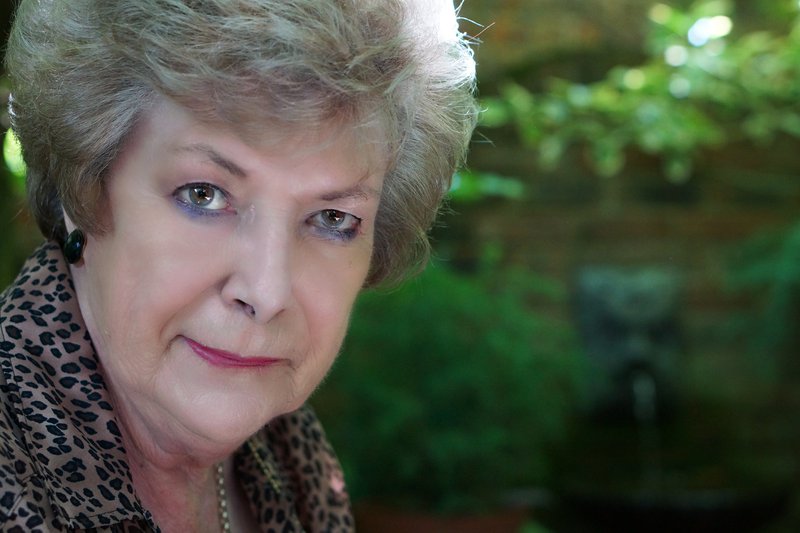 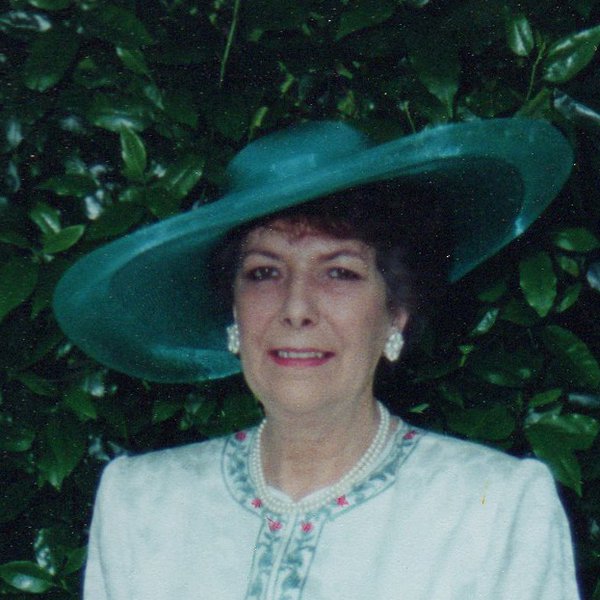