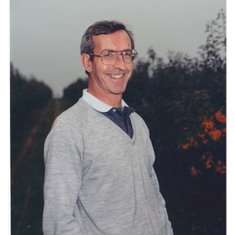 Brian Lovelidge’s main lifetime achievements were in sport and in his career as a freelance farm journalist which included winning the National Farmers’ Union-sponsored horticultural writer of the year award a number of times. He was born on October 2nd 1934 in Maidstone, Kent and had three elder sisters and two younger sisters and a younger brother. He was old enough to remember events of the second world war such as German bombing raids, the Battle of Britain, VIs (Doodlebugs or buzz bombs), many of which landed in and around Maidstone, and VIIs, one of the first landing on Bunyard’s Nursery less than a mile from his home, and sleeping at night during the Blitz in a Morrison air raid shelter in his garden.

In 1945 he won a scholarship to Maidstone Grammar School where he did well academically and excelled at sport. He was awarded first fifteen colours and was the school’s discus champion, holding the record for many years. However, the highlight of his school athletic career was winning the Kent Schools’ intermediate and senior discus events in 1951 and 1952, breaking the record in both, the former by nearly 20ft. In both years he represented Kent schools in the England schools athletic championships.

While at school he developed an interest in farming which was the third most popular career choice for students at the time. He gained a place at Wye College, London University’s agricultural faculty, graduating with a BSc (Agric) in 1956. During his pre-college year (1952) he worked on a fruit, pig and arable farm near Mereworth, Kent and joined Maidstone Rugby Club, playing for the first XV (at the age of 18) which at the time was the best team in South East England apart from Blackheath.

At college he played for the first XV (and East Kent) and was Victor Ludorum in athletics in his second and third years. He was also in the squash team despite never having played the game before going to college. In his final year (1956) he was a member of the college team that won the London University seven-a-side competition. In the final they beat King’s College by five tries to nil, quite an achievement considering that King’s was a much larger college than Wye.

After graduating he did two years national service including one year in Cyprus on internal security duties at the height of the EOKA terrorist campaign during which 371 members of the armed forces, mostly national servicemen, were killed. He was a member of his regiment’s shooting, squash, rugby and athletic teams.

Following his retirement from rugby in 1969 he began long distance running and joined Medway Athletic Club (later Maidstone and Medway AC). During his 25-year racing career he ran five marathons, including London in 1982, around 75 half-marathons and some 400 shorter road and cross country races. Upon retirement from competitive running he was made an honorary life member of the club.

His career in farm journalism began immediately after finishing his national service in October 1958. For the first four years or so he worked alongside his mentor, Edgar Phillips, a well respected freelancer. In March 1963 he branched out on his own and in the same month married Jillian. During his 50-year plus career he wrote regularly for virtually all of the national agricultural and horticultural journals and provided a press publicity service for numerous companies including most of the international agrochemical manufacturers. He won the NFU-sponsored best horticultural journalist award on a number of occasions. After semi-retiring in 2000 he concentrated on writing about horticultural production, mainly fruit.

He leaves his daughter Lisa who gained a PhD at Cambridge University and is a self employed medical communications consultant. 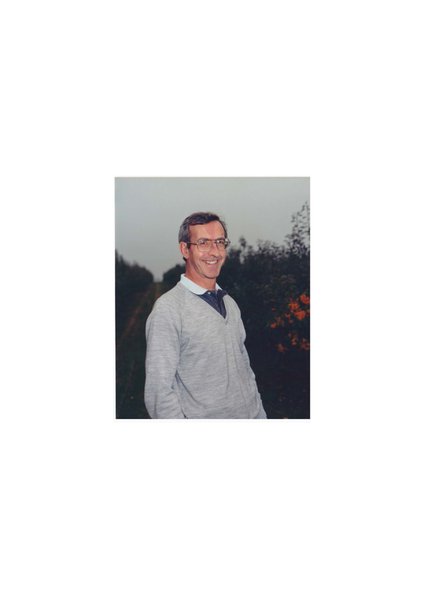