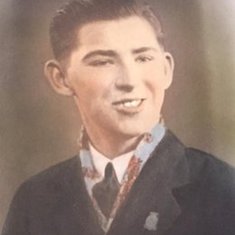 Donate in memory of
WilliamParkinson’s UK

William Smith was born in Peckham on the 23rd March 1929. He was the eldest of three children and had a younger brother and sister. Bill started work aged 15 in a grocer’s helping his aunt. In 1947 he began two years’ of National Service and was stationed in Egypt for some of this time. Following completion of his National Service in 1949, he was employed by the Ministry of Defence and worked in the Royal Army Ordinance Corps, Woolwich Arsenal and later at an MOD centre in Bickley, Kent as a sheet metal worker. His last job was as a Post Office Engineer working in Central London until he was medically retired.

Bill was interested in military history, the history of ancient Egypt, antique furniture and objects and, over the years, read many books on these subjects. His hobbies included painting model soldiers, moulding chess pieces, rifle shooting, archery, stamp and coin collecting. He was very good at drawing and enjoyed making things from wood and metal for the house and garden.

Bill was married to Margaret and they celebrated their 65th wedding anniversary in March 2019. They have four children, seven grandchildren, two great grandchildren and another grandchild is due next year.

Sadly, Bill died on the 16th October 2019 aged 90 years. He will never be forgotten and will live on in hearts and minds forever.

Many thanks to Joy, Deana, Stephen and family for their generous donation of £30 for Parkinsons UK in memory of Dad.

Rob,Donna,Tilly and Joe Manners donated £20 in memory of William

Will Heather donated £20 in memory of William

It was a privilege to come together with family today to celebrate your life and achievements.

I will cherish plenty of fond memories with you and nan, especially spending countless hours searching through your treasure trove of a shed and playing with your figurines. It has definitely shaped who I have become today!

Bill will be sadly missed by everyone around , a good husband , father and grandfather .
Rest in peace for a life well lived .
Bill Abbott x

Dear grandad , thankyou for always being the sweetest man whenever I would come over you would let me leave with out giving me a gift even if I had to take sweets home with me every time without fail you always wanted to do something for everybody. I will miss you always but you are no longer in pain or suffering and in a much brighter and better place now. My memories of the dolls house you would let me play with and your countdown game that I loved will stay with me forever. I wish it didn’t take you quite so soon so you could meet your new great grandson but I’m sure you will see us from a far. We will all take care of nanny for you now. Lots of love always Megan xx

Donation on behalf of Ron, Sylvie, and John.

Thank you for always being loving, supportive, generous and caring for all us grandkids from the very beginning until the end. From all of the small things you did when we were kids - day trips, pocket money, sweets and treats - and continuing as we grew up and even though you'd still insist on the sweet treats and pocket money, you always wanting to pass on something to us, from stories, wisdom and wonderful treasures from the shed you wanted us to give new life to.

From thinking about all of the memories and reviewing your photographs showing your countless holidies & adventures, achievements in the war and treasured moments with nan and all of the family (we never knew you loved party hats so much!), it is undoubtedtly sad that in the last few years we had to witness the side effects of Parkinsons dampen some of your strength, independence and resiliance that you'd shown throughout all of your life, and would have continued to do so if not for this wicked diesease. However, we will not let it overshadow the life you lived, all the wondeful memories and your loving legacy.

It is a pleasure to be part of the Smith family, rest in peace Bill, condolences to all the family love from Steve.

Thank you for introducing me to your world of tools, putty, paint and swafega and for teaching me at a very young age how to rewire a plug, use a saw, a screwdriver and even a soldering iron. I owe all my handyman skills to you and thank goodness there were no health and safety rules in those days. Did I cut my finger off? No. Did I burn myself? No. Did I stick my hand in your vice to see how tight I could turn the handle before it hurt? Of course I did!

Thank you for the hours you must have put in to give us all those wonderful things you made, from the bright red play house, the miniature toy caravan and of course who could forget the red and white bike with the huge white tyres which you must have painstakingly painted in your spare time to give me the best Christmas present ever.

Thank you for the memory of Old Spice aftershave and the smell of pipe tobacco, for letting me take all your pipe cleaners to make bendy dolls and for letting me play at hairdressers and cut away all your arm hairs while you watched Saturday Grandstand. I always wondered how you managed to explain away your one bald arm to your work colleagues.

It’s only when we grow up that we realise how hard things must have been with four mouths to feed but you worked so hard and gave us so many memories to cherish and for that we will always be thankful.

Sleep in peace now dad. You did us proud. 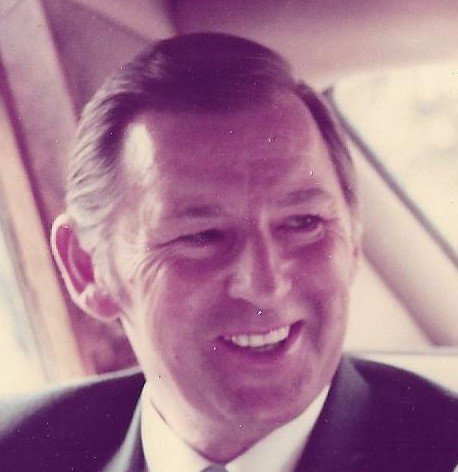 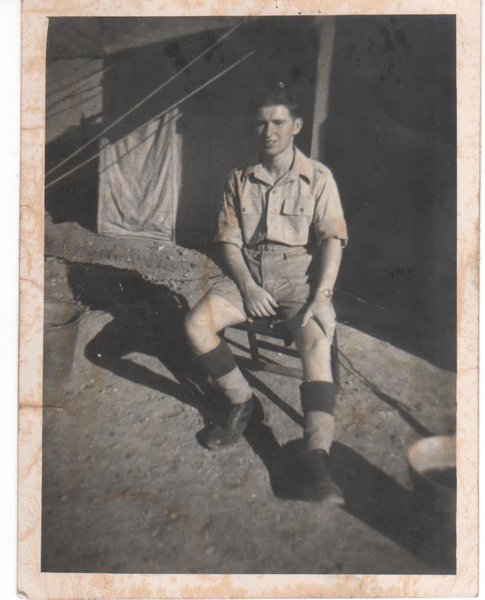 Loving Dad, Grandad, and Great-Grandad. Sadly missed but will live on in our thoughts and memories. 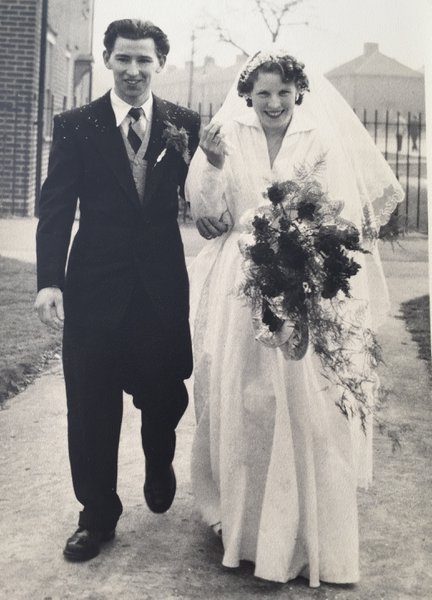 We were married for 65 years which is amazing. Lots of love from Margaret xx 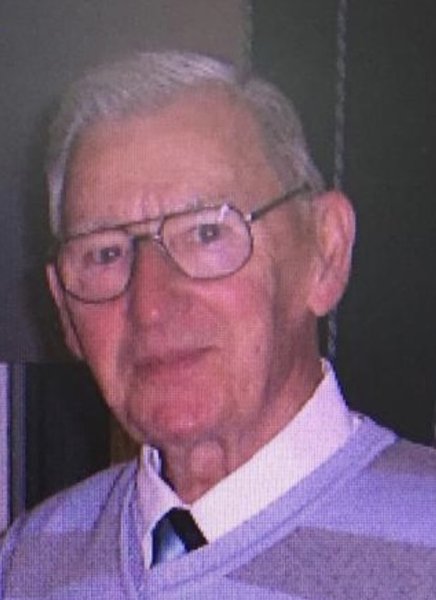 Rest in peace Dad, thinking of you every day, with love Debbie. 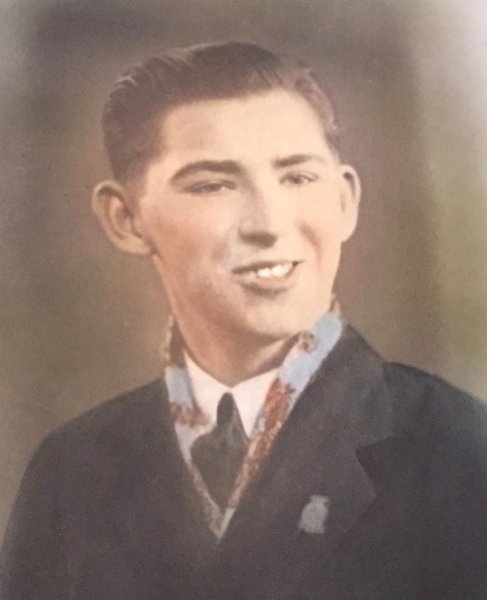