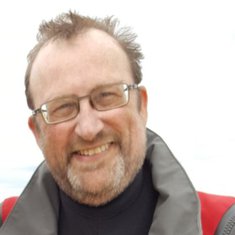 We have been overwhelmed during the past 2 years by the love, support & prayers by a huge number of people, many of whom we have never met. Our wonderful church family here at St John’s have given such amazing practical support since the sudden deterioration in Richard’s condition by supplying us with daily meals for the whole family over a period of about 3 weeks which is truly humbling. We feel so very loved.
We would like to thank Richard’s consultant Bryony Eccles and all the staff at the Jigsaw Unit in Bournemouth Hospital for the wonderful care that they have given Richard. He just loved his visits there even on the days when he was receiving chemotherapy. He considered it his 2nd home and everyone there as his special family. Once we reached the point that his chemotherapy treatment became no longer effective, he enjoyed monthly visits to the Jigsaw Unit in the hope to bring love, smiles & joy to the staff, as we know what a very difficult job that everyone has and we have the utmost respect and admiration for the way that they strive to give the best care & support that they can to all patients and nothing is ever too much trouble for them. It was at this point that Richard’s wacky outfits started. As an introvert who has always hated fancy dress parties, Richard certainly took me out of my comfort zone, but it was a privilege to be able to share with Richard some very special visits and to try and give something back. I am so very grateful to everyone at The Jigsaw Unit for allowing Richard the freedom to be himself.
The day before he died he had been due to make a visit to the Jigsaw Unit to see everyone once again and this time he had planned to dress as Captain America. Had he been aware that he wasn’t well enough to make this visit he would have been devastated and so we decided that it was fitting for Richard to be dressed in his Captain America outfit in the coffin as we said farewell to him this morning – so he got to wear it again after all! We are also very grateful to the MacMillan, Palliative care & District Nurse teams who all had to hit the ground running when Richard had such a dramatic change in his condition and gave us the wonderful support that we needed and helped us to cope with Richard’s final days at home.

Many of you will know that since the early 1990’s Richard & I have enjoyed playing golf together as members at Crane Valley Golf Club in Verwood. We have made many wonderful friends out on the golf course and are happy to have won quite a few competitions playing together. Without a doubt, Richard’s proudest moment was when he became the Men’s Net Handicap Champion in 2016. It is wonderful that whenever I am in the Clubhouse at Crane Valley, I will be able to look up and see Richard’s name on the Honours Boards.
We have enjoyed many golf weeks down at Hoburne Doublebois in Cornwall and it was in September 2017, one week after his first chemotherapy treatment that he started wearing very colourful golf trousers in an attempt to stop his cancer diagnosis becoming the ‘elephant in the room’. It certainly worked, we had a fantastic week and from that moment on everyone has looked forward to seeing what Richard comes up with next. In May this year the staff at Hoburne Doublebois created the Richard Mannouch Memorial Trophy to be presented for the best player of the week. It was very special to be able to present this trophy together with Richard in September at Richard’s last golf week.
Last week a friend sent me a picture of a skeleton sat on a park bench with the wording: I just wondered – have we left the EU yet? I don’t think she realised at the time, that one of Richard’s goals that he joked about was that he intended to see Brexit out. In the end he clearly knew that it wasn’t going to happen anytime soon and so he gave up on that one. However, how wonderful to know that he is now in a place where everyone is truly united and there is no need for either soft or hard borders!
Richard & I have had lots of conversations with friends & family about God and we have been deeply saddened by stories of how some have been hurt by the inappropriate actions & words of people calling themselves Christians. We felt convicted last year, to use the occasion of Richard’s Thanksgiving service to say sorry on behalf of these Christians to those of you who have been turned away from God by such hurt. Whatever the circumstances of your hurt, don't blame God for the behaviour of the people who have wounded or disappointed you. I understand the desperate desire to run from THEM and to not want to have anything further to do with THEM. However, don't make the mistake of running from God. God cares about those who are running from pain. Running from a problem. Running from God's people. Running from wounders. And yes God cares about YOU.

I am very aware that I have often got things wrong and at times I have been guilty of driving Richard further away from God rather than helping to draw him back. I'm so grateful that through his cancer diagnosis, Richard paused and was able to hear God again. God is not like the people who have rejected or disappointed you.
I urge you to get to know Him for who He is, not the tarnished reflection some people give of Him. God loves you and I can assure you that He will not let you down.

Richard’s humour in his various text updates became legendary over his journey with cancer. So much so that we lost track of how many people told him that he needed to write a book about his journey. So that is exactly what he did. He completed writing this a couple of months ago and he finally finished reviewing this with close friends on the Friday evening just before the sudden and rapid deterioration in his condition. The title of his book is ‘The Best Days of My Life: The Story of Richard Mannouch’s journey with God & cancer’. We decided at this final review, that I would write the Foreword to bring Richard’s story up to date and adding my thoughts on this special journey together. Once that is completed, I intend to have his book published - so watch this space.
It has indeed been an amazing journey, we have experienced a closeness to God that is so difficult to put into words. I have felt that I have got my Richard back and to see him completely at peace and again sharing with me a faith in God and a passion to tell people about Jesus has been the most wonderful gift. However strange it may sound to others, we have said that we would not want to change a thing about the past 2 years. His cancer diagnosis has brought us closer together in our marriage with Jesus back in the centre and we have discovered a supernatural peace and joy, despite the difficult path that Richard has been on and that has just been mind blowing. I was reading a devotional last weekend, which said: Your goal shouldn’t be to just live long but to make a difference to your world and to glorify God. I am so proud that is exactly what Richard did!! Obviously Richard’s death is going to leave a huge hole in all of our lives and there will be very difficult and desperately sad days ahead, but I am very grateful for the wonderful love that we have shared, for Richard’s care and provision for us as a family and the many happy memories to look back on, which will help as a comfort at those difficult times.
Our families have given us wonderful support as they have walked with us during these past two years and I am particularly proud of how Jonathan and Sarah have coped with the last couple of weeks. They have been such a fantastic support to me. Richard has dedicated his book to them both and has written: To my daughter Sarah and son Jonathan, both of whom I’m so proud. It’s been wonderful to see you both develop into caring, capable individuals with so much further potential as yet unrealised. I’m sorry I won’t be there in person to share the rest of your lives with you, but I urge you to step forward into the years ahead with confidence and joy. Believe in yourselves as I believe in you. My love for you lives on, treasure it in your hearts.
I love the quote from the evangelist Billy Graham: "Some day you will read or hear that Billy Graham is dead. Don't you believe a word of it. I shall be more alive than I am now. I will just have changed my address. I will have gone into the presence of God." I have absolute certainty that because of Richard’s faith in Jesus that he also is now in heaven with God and I truly believe that The Best Days of Richard’s life have now only just begun.

Dear Gillian and family.
I was so sorry to hear about Richard. Sending you all lots of love and prayers.
With love from Faith x

In memory of Richard who showed us what it really meant to trust in Jesus in all situations however tough they may be.

In memory of the most wonderful and inspiring husband & Dad, who has shown such amazing strength as he battled with cancer over the past two years. He continued to encourage and help so many people in their faith, despite all that he was going through. He has fought the good fight, he has finished the race, he has kept the faith. He is now in Heaven with Jesus - well done good and faithful servant.

With Lots of Love

With much love from Frances and Roy Patterson xx

In memory of Richard who was a joy to everyone who knew him.

John and Val Stevens donated in memory of Richard

Offline donation: You inspired so many people Richard. Thank you for your valued friendship. Love Chris & Isabel donated in memory of Richard

I will miss you

Robert and Glynis Clark donated in memory of Richard

An inspiration from your friends in the St John's Home Growth group.

In memory of Richard, who ran and finished well, and gave much warmth and light in so doing

In memory of a most loving, thoughtful and supportive son-in-law who will be greatly missed.
With much love
Dad
xx

Jane and Richard Ough donated in memory of Richard

I will always remember the kindness that Richard showed me. It was a real honour to have known him. 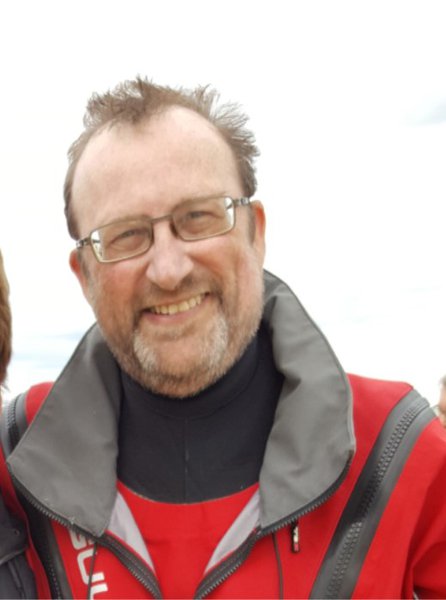 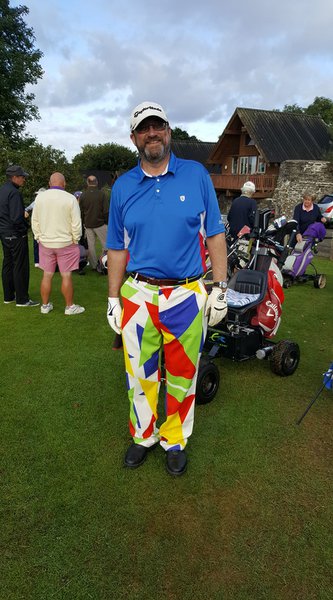 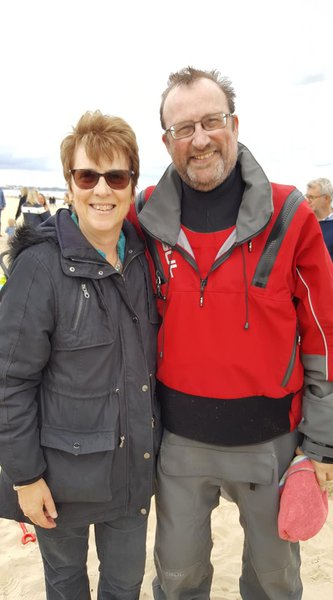