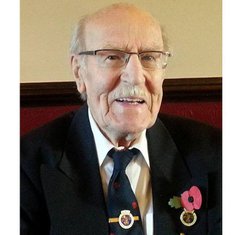 Dad has requested no floral tributes and instead requested that a donation be made to Myton House Hospice. You can make donations here, at the church or at Hillmorton Manor after the service.

We would be very pleased if you could write some words of memories in the Write a Message area and add a photo if you have one. These will be collated into a Memorial Book to remember dad.


CHARLES NOEL BOSTROM, Dad, was born on Christmas Day 1917 in Sunderland and he was the second son to Harry and Jane Bostrom.

He was a member of a bike club, and on one weekend, Bob Small, a good friend, invited his sister along on a bike ride and introduced her to Charles. Soon he and Lillah Small started ‘stepping out’ and in November 1941 were married.

In 1940 Charles volunteered in The Royal Navy. During the war he served on many campaigns on HMS Collingwood, Landing Craft T1240 and served in the Combined Ops.

In 1952 Charles & Lillah moved to Rugby where Charles had secured work at Sam Robbins before leaving Sunderland and in 1962, they completed building a home. In 1986 Charles and Lillah fulfilled another dream of starting a family business when they bought the Sam Robbins Building in Rugby from which they traded for many years.

After retirement in his 70s and 80s, Charles enjoyed playing golf and often took part in charity walks around Draycott Reservoir. Sadly, in 1996, Charles lost both his beloved wife Lillah and his son Rob and shortly afterwards moved into a Warden Assisted complex where he enjoyed organising meals out for the residents, theatre visits, bingo, strawberry teas and coach trips.

In 2012 Charles and his daughter Ann moved into a new home where he spent his last years enjoying life to the full, zooming around town on his scooter or revisiting Sunderland on several occasions.

Charles was a very thoughtful and kind husband and father with a wonderful sense of humour. The family enjoyed a very happy home with many good times including holidays home and abroad that have lasting happy memories.

Charles was a gentle modest man much loved by family and friends alike. He will be remembered with love, affection and a respect that he never demanded but always commanded.

Ray and Pearl would like to say a huge Thank You to Ann for all the love, support and caring she tirelessly provided to dad, Charles Noel Bostrom.

Everyone is welcome to come along to the funeral to pay their respects.

Many happy memories over the years, and he will remain an inspiration

Thank you to all those who gave so generously at the service to celebrate the life of our dad, Charles. You kindly donated £110 in cheques and £300 in cash which will go to Dad's chosen charity, Myton Hospice.

I remember going to Uncle Noel and Auntie Lillah’s house for Christmas parties with my parents Alan and Alma. Lots of fun and music. Such lovely hosts.

Farewell to my Grandad, what a great and we'll respected man, you will leave a big hole in the Bostrom family.
Love Paul, Clare, Mia and Eva.

Stephen and Pat Adams donated £15 in memory of Charles

Charles was a very hard working and positive person with a ready smile. He was very proud of his family and will be greatly missed by all who knew him.

Jayne and Kevin Cahill donated in memory of Charles

Grandad. We love you and will miss you. I always saw you as a giant and clearly your heart was as big and filled with nothing but kindness. If I can achieve half of what you have throughout your long time on this earth then I will be a proud and happy man. You are an exceptional role model to try and emulate.
Good night, god bless, give Nanna a kiss for us. 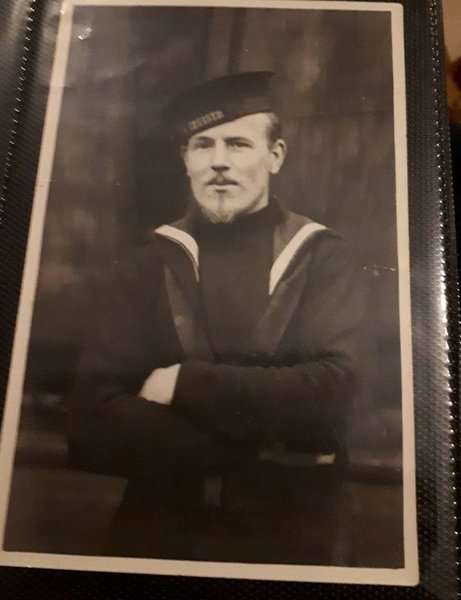 Grandad was always like an additional father to me and, when Bob died he may not have realised it but he did a tremendous job of filling that void.
Goodnight CJ.

My lasting memory of Grandad will be his humour.
He made us laugh right up until the last time we got to visit him in Walsgrave hospital.

Grandad will be missed by the whole family I am very pleased to have changed my surname in memory of all grandad, nana, uncle bob and auntie eileen

Kathrina Bostrom is attending the funeral

Grandad gave so much; to his country, his family and to everyone who he spoke to. His contribution to this thing we call
Life was immeasurable.
He was asked at his 101 Birthday Party, “what’s the secret to living to 101?”
His reply was simple yet the most soul touching words I’ve ever heard...
“just be kind” he said with a gentle smile.
At this moment in time, the world needs more gentle kind souls like Charles.