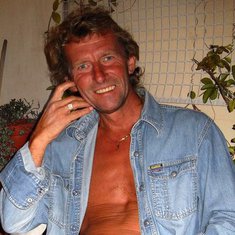 In loving memory of:
JOHN ALFRED GAYNOR (AKA Johnney Golden)
We as a family are so sad to announce that at 10.25pm Wednesday June 12th John Gaynor passed away peacefully after a long battle with cancer, His funeral will be on The 11th Of July & 2pm at StMichaels Church South Normanton followed straight away with a celebration of John's life at The Carnfield Club South Normanton.
John fought this dreadful disease with great courage like the soldier he once was! John was in The Royal Green Jackets as a young man and served in Northern Ireland during the troubles, he narrowly escaped being blown up by a bomb, just one of the lucky escapes this cat of nine lives had!
He was first diagnosed with Throat Cancer early 2012 however it seams he had been suffering with it 2 years prior to that, the cancer eventually spread to his Brain and left him bedridden for the last couple of months, John didn’t want people to know to much about the fact that first he was in Hospital then a hospice and finally for the last 4 weeks in a care home!
John never ever gave up hope and he never ever complained about his illness, most of the time he simply shrugged it off and said it is what it is but I’m going to do my best to beat it!
He did get the all clear in 2013 but not long after it came back in a different place and very slowly began to spread! Never have we known anyone braver in his fight for life right till the very end!

John did many things during his working life, starting first working as a school boy cleaning brass and helping run the shop at Magpie’s Nest with Curly Robinson after leaving school he was a banana picker among other things at Smalley’s cash & carry then going on to be an upholsterer at Englander’s, he then Joined The Royal Green Jackets and after serving with the army and returning to Civvy street he also worked at British Textile Manufactures, a security guard at Strand Timber, a manager at Evans Concrete, and not forgetting he was an extremely talented sign writer, (he was still doing this even a few months ago) he ran pubs including The Flamingo Land Inn North Yorkshire, The Devonshire Arms South Normanton, The King Billy Ironville and The Victoria Club Kirkby In Ashfield!
He left England in 2005 to set up home in Gozo near Malta he worked in the Xlendi Hotel in charge of Bars, Maintenance and Entertainment! And it is Entertaining John will best be remembered as Mr Johnney Golden “A Tribute To The Stars” He began his entertainment career in 1982 after seeing an advert looking for a singer, comedian, impressionist, to join a comedy show group “ICE BLUE” John blagged his way into the group and it was this experience that helped him start a long successful career as a solo performer!
John won a contract with Home Breweries via his agent Kim Holmes to present a brand new craze that was sweeping Japan and Chin, this craze was called “KARAOKE” not many people had even heard of karaoke so it was John’s Job to present this in the pubs and clubs of the East Midlands, back then they didn’t use televisions and Cd’s it was all done by cassette tapes and books with lyrics, but John definitely was one of the pioneers that helped Karaoke to be what it is today! He also appeared on Sky Televisions “Search for the Stars” And was highly praised by Frank Carson & Lyndsey De Paul, John was a natural gifted singer with a knack for impersonations particularly NEIL DIAMOND and performing the songs of Neil Diamond could be said is what John really excelled at.
John spent most of his life has a singer and that was his true love, he was a born entertainer, the class clown, the joker, a man who saw the funny side of most things, he was a loveable rouge, he was also extremely kind helping raise tens of thousands of pounds throughout his career for many charities including the charity we have chosen in his Memory “The Childrens Hospital Charity” (Sheffield Childrens Hospital)
John will be greatly missed by all his family & friends, but one thing is for sure John Alfred Gaynor (AKA JOHNNEY GOLDEN) Will never be FORGOTTEN.
Rest in Peace John Gaynor 14/7/58-12/6/19

Russ and Audrey Gordon donated £10 in memory of John

RIP John....... We had some laughing at Magpies nest when you worked there....

God bless John, you are at peace now.x

We at the Sunshine Club Milford send our deepest condolences to you Rik and all of your family at this very sad time , R,I,P John

I will gladly start off the fund raising in the memory of our Brother John.

I will gladly start off the fundraising in the memory of our Brother John.

I am so sorry to hear of John's passing. I only knew him as a Facebook friend but I found him to be a real gent, a funny chap and a very talented vocalist too. I shall play some Neil Diamond tonight in his honour. You've earned your rest. Love and thoughts to John's family and friends x 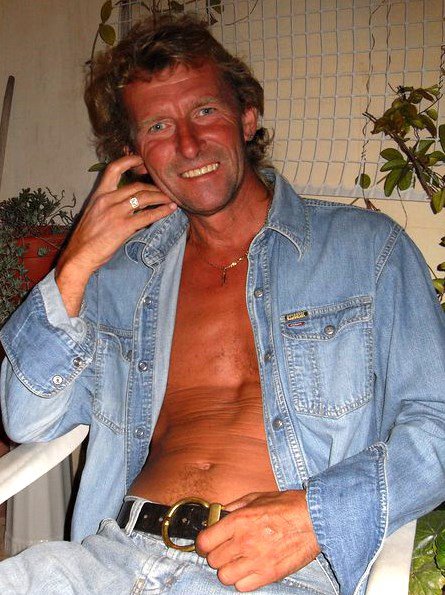