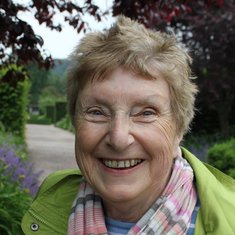 . Also there is a tab on this site to leave your thoughts and recollections.
Thanks for your help.
So to summarise. (Revised 19th Mar)

11.00 Benn Hall, Newbold Road, Rugby opens (CV21 2LN)
12.40am approx. coffin leaves 76 High St.
1.00pm Service
2.30pm Burial at Lilbourne Greenhaven (CV23 0SZ)
3.30pm onwards, refreshments back at Benn Hall
We hope that you will be able to join Anthea’s family and friends in celebrating her life and faith.
If you are unable to attend, we are looking to see if we can unobtrusively place a camera to put out a live broadcast on a private YouTube channel. Just email Stuart at editor@christadelphianvideo.org for details.
PS. Anthea always said that she didn’t want people to come in all black to her funeral, so please wear as much colour as you feel comfortable with.
PPS. Our grateful thanks to the wonderful care and services provided by the NHS. Some things could have been better, but we have nothing but praise, we were seen by some outstanding people.
With love from:
Donald, Erica, Matthew, Marc, Jasmine and her 8 grandchildren.
76 High St,
Hillmorton,
Rugby CV21 4EE
01788 542408
milestonesuk@aol.com
www.milestonesuk.org

Sorrow not as other which have no hope

It is with sadness that we hear of the recent death of Mrs Anthea Pearce.
Donald and Anthea Pearce have been great supporters of Rugby Art Gallery & Museum in the past and have donated many wonderful objects to our collections.
They were married on 26th June 1965 and Anthea's wedding outfit is a very popular exhibit in the Social History Gallery. It consists of a white Ottoman silk dress with matching coat, which was made for her by Miss S Randle of Lutterworth. Her lace stiletto shoes, which completed the outfit are also on display, along with a photograph of the couple on their big day.
Another special object is their Silver Cross pram which was on permanent display until recently. This was bought in 1966 (from Nathan's Hardware & Baby Supplies in Lawrence Sheriffe Street), initially for their own children, then later on for their foster children and also for the many years Anthea spent as a child-minder.
We would like to pass on our condolences to her husband Donald, family & friends.
The staff at Rugby Art Gallery & Museum

Our heartfelt condolences to the family and all who came into contact with Dear Sister (Auntie) Anthea - She touched the lives of so many..... My last and abiding memory of my dear Sister Anthea, (which for me really summed her up as a person), was at the hospital, where, despite her condition and obvious discomfort, she had spent most of our time together comforting me!
She was always concerned for others above herself.
But this, as we all know, was always tinged with a mischievous degree of humour, and a cheeky smile - pointing out to me that the colour of her skin at that time resembled a 'Minion' pictured on one of the bags that was in her possession.
Anthea's immediate concern was focused toward her devoted family - she was hopeful that she would 'make it' to her and Don's Golden wedding anniversary and she so wanted to be strong for him and was looking forward to seeing the whole family together once she got back home.
Anthea confessed that her greatest fear was being in pain and that she was thankful that the Angels had ensured Erica was in a position where she could make sure she was pain free when the time approached, (we had a giggle about this also!)
But again, she reassured me that she was prepared for whatever was to come her way as she knew her Father in Heaven would not permit her to suffer more that she could bear and that we should not worry about her.
So her passing, in the way it happened, though a shock at first, was very much tempered with thankfulness that our Heavenly Father had spared her the suffering she was most afraid of. A prayer answered I am sure.
The very last thing Sister Anthea said to me as I was leaving her, was that when she is in need in the quiet moments, she just asks the Angels to 'give her a hug'.
I thought this was beautiful, and have thought about it much since........
I am sure she was in the arms of the Father when she passed and she did not suffer.
I hope you can derive the same comfort from her words that I do....
God Bless
I found these words on line and thought of Sister Anthea.
In the hour of deepest trial when all earthly comfort fails
And no cheering ray of sunshine I can see,
Then to Him I bring my sorrow and He wipes away my tears,
As He puts His loving arms around me.
In our certain hope of the resurrection,
Bro Stuart and Sister Trasey-Anna Courtonel and family.

Dear Anthea was like a big sister to me, she reminded me in so many ways of my eldest sister who lives in Queensland, Sustralia. They were the same age and pulled no punches if she was offering advice yet St the same time Anthea had the biggest heart and had time for every single person she knew, young and old.
I shall miss Anthea terribly as she was at the heart of the ecclesia , a true mother in Isreal .
Sleep in Peace, dear Anthea, until the glorious time of the Resurrection , when, God Willing, we shall be united in the God's presence.

Jane and I were saddened to receive Jasmine's telephone call the day after Anthea's passing away. Her full and wonderful life was a testament to others. My sister (Rosemary Conley) joins with us to send our condolences to Donald, Erica,Matthew, Marc and Jasmine. We are very sorry not to be able to attend the funeral. Our thoughts and prayers are with you.
Robert and Jane Weston on Saturday 21st March 2015

I have known Anthea since the Graammar School at Lutterworth. I knew her mother, her grandfather - Mr. Heaton. I was two years older than Anthea and I was very soon aware of what a strong personality she had. After leavin g school and eventually marrying I settled in Rugby. I always took great delight in meeting Anthea at times (completely by chance) in Rugby town. Anthea was my closest association to Lutterworth Grammar school I had and always felt a close harmony with her. I last 'bumped' into Anthea in town (Boots the Chemist) just a few days after Cedric Carnal's funeral at Lutterworth which she had attended, being advised by her long time friend Pat Budden. I had known nothing of it and was sad to have missed out because my association with Cedric had ben a vital part of school life in the 50's. I have lost a very dear comfortable friend. I will attend the funeral service at the Benn Hall and look forward very much to being inspired, if a little sad at losing such a vibrant warm endearing person. (She was going to let me have a copy of Cedric's funeral service sheet which she said she would put in her bag and give me the next time we met) How sad I am now that I didn't contact her direct about this matter.
May I also mention may dear friend, next door neighbour and bridesmaid Rachel Burnage who is very sad to hear of Anthea's death as I emailed her straight away with the news. She lives in California.

I was very shocked and upset to read in the Rugby Advertiser this week of Anthea's death. I knew her from Lutterworth Grammar school and will leave my memories of Anthea on another site. May I send condolences to Donald, children and grandchildren. You have peace in the certainty of Christ's coming again .

I knew Anthea via our Christadelphian ecclesia (church). Whilst I only had the pleasure of really knowing her since I was baptised into our shared faith in 2006 it is obvious that she left a great impression on all who got to meet her.

Anthea was very much a grafter in the ecclesia. I remember her putting a great deal of hard work into Sunday School outing and Sunday School parties. She was also an extremely good hall cleaner, putting me to shame! Latterly I will always remember her dishing out lots of lovely food during our wonderful ecclesial meals :-) She was also on hand to berate me when I was a child, although each time it was fully justified and more often than not followed quite quickly by a smile and a positive remark.

What I most of all know about her is of her strong and unwavering understanding and love of our Christadelphian beliefs in the word of God and the Good News contained within. In discussions during our weekly bible class Anthea was never shy to share her knowledge of the scriptures. Her love was latterly displayed in not only her knitting of patchwork squares for a wonderful cause but also for her enthusiasm in relation to the appeal for Jewish Clothing Relief (giving of clothes to poor Jews throughout the world).

If there is one thing I will always take with me about Anthea is what she said to me before her last trip to Israel. She stated that if she fell asleep (passed away) there she wouldn't mind being buried there as that is where her Master was to return. Not so long after she said that I went to that Holy City and I understood what she meant. Anthea will also have been fully aware that although she is not sleeping in Israel, she is no doubt sleeping somewhere that she will be raised at the return of her master, where God Willing she can be raised and share eternity with those who love her in God's Kingdom.

I pass on my love to all of her family (she and Donald have quite a clan) at this time and I pray they find comfort in knowing that so many people cared about her and continue to care about them.

May our loving Father of glory keep you all and comfort you in the days that remain until all tears are wiped away in that time when families are reunited in everlasting love in the presence of the Altogether Lovely One our Redeemer. 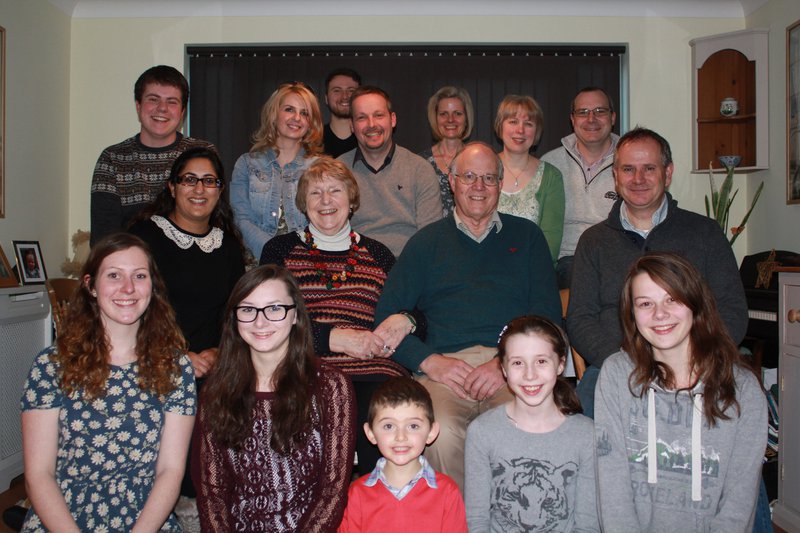 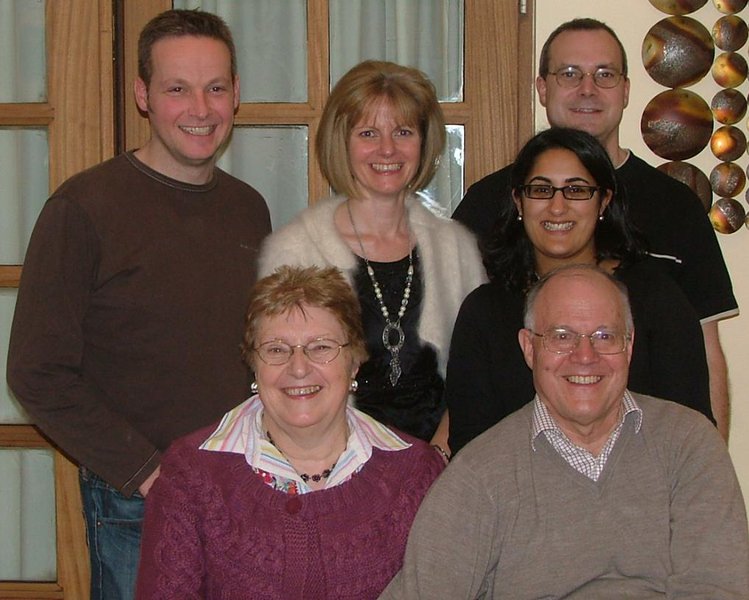 Our thoughts and prayers are with Pearce family
with much love in our Lord
on behalf of New Westminster Ecclesia,BC Canada. 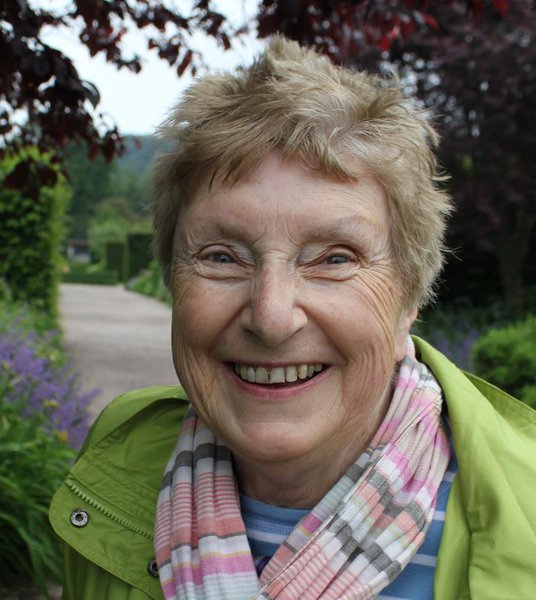