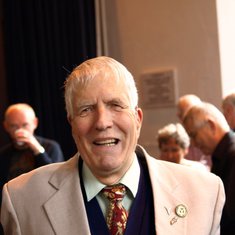 In loving memory of the late Philip A.G. Kelly who sadly passed away on 27th February 2015

Birth
Born 18.2.1936, Beckton, Borough of East Ham, Essex.
Philip’s father had been widowed with 4 children, remarried and Philip was the second of four sons born from this marriage.
Moved to Ingatestone 1939
Strong Christian family – Philip became a Christian when he was aged 7.

Early Years
Grandparents (Mother’s side) lived in Preston, Lancashire. Philip’s father worked on the railways and the family would enjoy travelling by train to visit their family. Memories of a large house and orchard which the boys enjoyed playing in – particularly in the war years to escape from London.
Due to the A12 bypass coming through where they lived, the family moved to Brentwood. 1956/7.
Education Although Philip had a keen mind for learning and enjoyed books and reading, his education was badly disrupted from the age of seven/eight with repeated lengthy admissions to hospital for his ear problems. Also, Philip became too deaf to gain adequately from lessons in class.
Later in life he would learn Sign Language and attend the Deaf Church at Chelmsford Cathedral
He also visited residents at Foley House at High Garrett.

First Employment
Left school at 15 and became a gardener’s boy, then a single-handed Gardener and later, Head Gardener
Philip had a great love of the natural world, sparked from his school head teacher and nature walks with his father and family – his passion was trees. Always eager to improve his knowledge, he learnt all the Latin names of the plants and trees.
Later he would become an active volunteer of Marks Hall Arboretum.

National Service
Due to ill health, he couldn’t follow his brothers into the armed forces, but he proudly served with the Royal Observer Corps (part-time, uniformed Civilian Service). Again, he applied himself to learning all the outlines of different planes for plane recognition purposes, and learnt how to fly gliders.
He was particularly pleased when a memorial was erected at Marks Hall Arboretum to the various Squadrons based there during WW2 which included two troop glider towing units
His Son Philip and Grandson James have a very vivid memory of attending with Philip when a single glider performed a fly pass at the remembrance ceremony.
Philip was very proud of his grand-daughter Tracey who gained her air steward wings and flies to destinations all over Europe.

Marriage and Family Man
Philip and Barbara met while both attending the “Assemblies of God” church in Brentwood. They married on 5th October 1959 – they were married for 55 years and had 3 sons, Philip Jnr. Stephen and Alan.

Jobs/Disabled
After a few years of working in the outdoors, Philip decided it was time for a change and worked for The Plessey Co. Ltd where he trained as a grinder, operating the machinery to very fine tolerances.

Philip had several different jobs throughout his working life. In 1961 he, Barbara and son moved to Walton-Le-Dale where there were better prospects for house ownership and work at BTR Industries at Farington, Leyland.

Philip was very interested in mechanical processes and engineering. Later he enjoyed the TV programmes of Fred Dibner who was also passionate about steam and traction engines.

Sons Stephen and Alan were born in Lancashire. However, after the death of Barbara’s Father, the family returned to Essex, settling in Braintree in 1970.

The Lancashire connection continues with his Grandaughter Lois and husband Matthew currently living and working in Leyland.

Various jobs followed , then Philip found work at Courtaulds in Bocking. During this time, Philip suffered a bad road accident in 1973 which left him with post-concussive syndrome. After lengthy convalescence he was dismissed as unfit for work. Philip then began volunteer work, driving for the WRVS which led to contacts with Braintree District Council’s Community Services Department, and a job as caretaker at Braintree Institute. Later following another accident resulting in further concussion, Philip’s paid employment came to an end when he had to accept early retirement due to Permanent ill-health in 1982.

Hobbies and Interests
For many years Philip was passionate about short wave radio and, inspite of his hearing loss, would set out to discover radio stations broadcasting across the world. These occurrences would be carefully logged and shared with like-minded persons in either of two radio clubs of which he was a member.

He became a volunteer at Marks Hall Arboretum: cleaning out the waterways, car park duties, working in the shop and meeting the general public - he would be eager to share which trees were in blossom and which ones were really worth taking a closer look at.

Philip had a life-long commitment to Missionary work – probably sparked by his mother’s missionary interest and also with family members being missionaries in the Congo. Philip was always interested in the Continent of Africa and, on meeting anybody non-native in appearance, would always ask where they came from wishing to know more about their country and their lives. (On his last visit to hospital he asked an overseas Dr working in A&E where he came from, only to hear the reply – Chelmsford). Philip always asked this question from a genuine desire to know more about them and their country.

For many years he committed to “SOON Ministries” who produce evangelistic papers in four languages for Africa and Asia.
– the family remember sitting around the kitchen table putting the SOON newsletter in envelopes and sticking the stamps on all ready for posting.

When he was no longer able to work, he set up an office at home and was involved with sending personal letters out to Christian men and women that had responded to the SOON Newsletters to answer their theological questions. He wrote to people in Africa, Russia, and Ukraine

In these areas, Christian resources were scarce, but Philip was able to encourage and support them through the written word.

At home there are boxes and boxes of letters from Christians, all of whom he wrote to personally. It was his ambition to write a book about this work. Philip devoted himself to this work for over 40 years.
The Bible and following Jesus was Philip’s life-long passion. Just like the children’s chorus, he read his Bible and prayed everday. He was a true Bible scholar and read the Bible in many different translations in order to find the true meaning. He enjoyed the Tyndale New Testament and just before he was called home, he was enjoying the Moffat Bible. 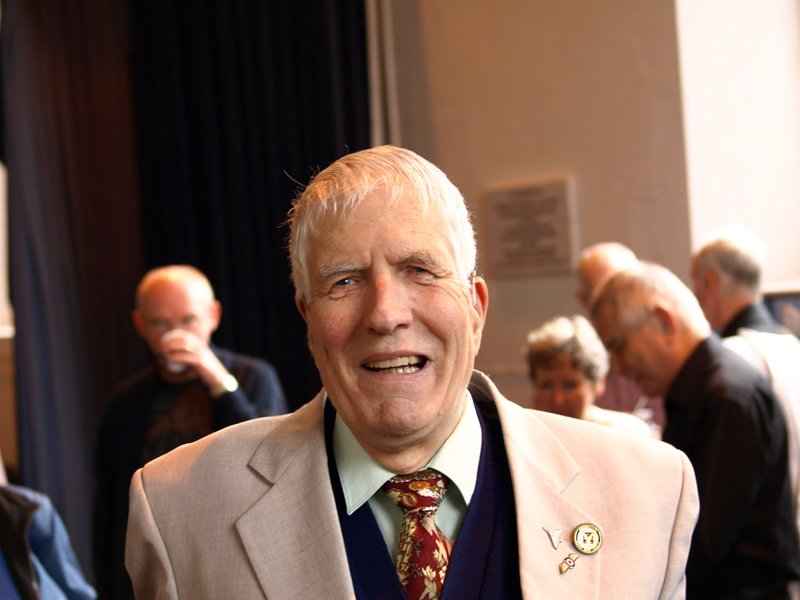