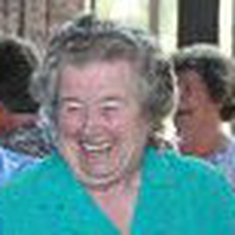 Donate in memory of
Ireneellenor

In loving memory of Mrs Irene Young who sadly passed away at the Pilgrims Way Care Home, Maidstone on 28th February 2019 aged 91 years.

Irene Earing was born on 5th August 1927 in Rochford, Essex. She was the eldest of 6, - 3 brothers and 2 sisters, William (Jimmy), Arthur (Arch), Brian, Shirley and Patricia (Pat). She would often have to act as the parent and look after her siblings as both her parents, Amy & William were often out working.

She married her beloved Albert in 1947 and shortly after two sons, Keith and Barry were born. In 1957 they finally moved out into their own new build house in Pine Close, Swanley, and Irene continued to live in her house pretty much upto the end of her life. Their third son Martin came along in 1960 & the family was completed by Winston the Boxer. Tragedy struck in 1982 when Albert was killed in a road traffic accident. The devastation was to remain with Irene for the rest of her life.

Irene finally stopped work in 1992 at 65 for a well-earned retirement. But in 2012 she was diagnosed with terminal lung & kidney cancer and only given months to live. She decided she didn’t want treatment & 6 years on a locum GP suggested the family might want to get a second opinion – such was the strength of Irene!

She also developed dementia in her latter years but she never complained, she was always strong whatever life threw at her. As her condition slowly deteriorated, she was admitted into hospital in December 2018 and then moved into a Nursing Home the day after Boxing Day. She was comfortable and not in pain at the end but would recognise everyone who visited her.

She was deeply loved by all her family – the 3 boys and their wives Shirley, Christine and Carole, 4 grandchildren, Dean, Darron, Lisa & Neil, and 7 great grandchildren, Brandon, Georgia, Joshua, Taryn, Erin, Marcus and Celia.
Irene will be deeply missed but never forgotten.

Rest in peace Irene.
With all our love
Carole & Arthur

Some of the prize winners from the F1 competition I run have asked for their winnings to be donated to charity. They subsequently agreed that I could donate this money in memory of my Mum - something I am very grateful to Ben Warcup, Phil Taylor, David Molyneux, Tariq Rouf, Jake Vials, Chloe Lehmann, Dave Dalziel,
Malcolm & Janice Bone for.

Thinking of you Martin and all of your family during this difficult time.

Rest in peace Irene. Thanks to Ellenor Foundation for your priceless work. My thoughts are with family and friends.

Thinking of you Martin. My thoughts are with you and your whole family during this difficult time x

Thinking of you all as you honour a very special lady

Miss you loads Nan. Xx I was blessed having a grandmother like you. You mean the world to me even though you are not here anymore. You are in a better place know and free from any pain. Say hello to Grandad love you both xx from the cheeky monkey.

For my loving Mum who fully supported me, her family and her friends in whatever they did. She would defend us no matter what and was always offering help. I'm glad she is no longer in pain, but miss her loads. She has now joined Dad so they can both rest in peace. Love you Mum, Martin