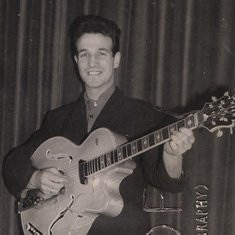 Donate in memory of
RonnieDogs Trust

In loving memory of Ronnie Ross who sadly passed away on 14th February 2015 at Wigan Infirmary.

Thank you to Alison for her help and support throughout this difficult time.

Ronnie was born 4th December 1935 in Edge Hill, Liverpool to Tess and Bob. He had an older sister, Kathleen and fourteen years later he would have a baby brother, Ken.

In the early 60s he formed a rock and roll band, Ronnie Ross and the Dynamites.

Ronnie was a a very talented footballer and played professionally, for a short time for Sunderland.

Ronnie bought a Hackney cab in 1970s and became a taxi driver until he eventually retired.

After he retired, he moved to Wigan near Ken and family who kept a watchful and caring eye over him.

Before being admitted to hospital, he lived comfortably in a nice little bungalow with a garden in Golborne.

Reception will be at Penny Lane Wine Bar (116-118 Penny Lane
Liverpool L18 1DQ) where all will be welcome to share their thoughts and memories and celebrate Ronnie's life with a drink or two.

The reception venue is about a 10 minute drive from Springwood. If you need any assistance with travel, then just let us know and we will sort that out for you.

A few words in the contributions here would be the most we would expect, though you may make a small donation to ONE of the charities listed if you would like, or are able to. Alternatively, if you would like to make a floral tribute, however small, then let us know. Flowers will be delivered to the Funeral Director about 11am on the day of the service for the journey to Springwood. Let us know if you would like anything else to travel with Ronnie in the car also.

Please do check back here for updates in the lead up to the service.

I came across this site by accident. I knew Ronnie and Kenny all my life. They both had a big affect on me. I don't know what I would have done without spending time around their house, which I have had many dreams about. God bless Bob and Tess. Tess was probably the wisest person I had come across. Ronnie had inherited that. I have often wondered about Ronnie where he was and if I could find him, as I was not able to visit Meadow Drive because of my father. Any way best of luck Ron in your new domain. I still think of you.

Ronnie..the man who got me into Tom Jones and Glen Campbell..wish I could've said, Goodbye...so many memories, some good good not so good..but always love in my heart for you. Sleep Well..til next time xx

Night night Ron, miss you already, all your pain gone now. Hope you meet up with Kath, Bob and Theresa. Love you forever, your little brother. Xxxxx.

Remembering when you were into Cairos Numbers. you did mine for me and told me that the best profession for me would be a Madam. Well you never know there is still time. Only you Ronnie could get away with that haha. Sleep peacefully xx

Sweet Dreams Uncle Ronnie, you're leaving behind many fond memories. Will always remember your support in my gymnast days & your efforts to make me a song writer...sorry I never fulfilled that one for you! ;) As I'm writing this, Mum just reminded me about the black vase in your house, didn't realise until now that I was the reason it was smashed, think that was my only ever telling off from you...oops, hope you can forgive me now 30 odd years later!! Rest in Peace just doesn't seem appropriate to say as you were never the restful kind so instead I wish you a halo as colouful as you!!! Good night, God Bless xxxx

Isy Hargreaves is attending the funeral and the reception

'Another time I remember him sitting on the couch reading a newspaper and the kids had a pet hamster, which, from time to time was allowed to roam free outside it's cage. Ronnie was wearing a navy blue jumper at the time and the hamster crawled up his back, sat on its haunches on his shoulder, and started to wash its face with its little pink hands. Ronnie, in quite a relaxed manner moved his eyes to the left, peered over his newspaper at the hamster and whispered 'hello little fellah' and continued reading'.

'During conversations or overhearing conversations with Ronnie in the past I remember him talking about his favourite artists and songs. He would say 'Have you heard this one' or 'Do you remember this one' and he would sing a few bars of the song. But even when demonstrating the song, not even belting it out his voice had tremendous prescence, very rich, very deep, tremendous vibrato. Yes, Ronnie had a powerful, sit-up-and-listen voice'.

Ronnie drove a black Hackney Cab and one Summer he took us 300 miles away to the Highlands of Scotland for a two-week holiday - in the Hackney!. Saturday 23/8/1981: During much chaos we packed the Taxi and set off from Liverpool at 11.30 a.m. We stopped at Johnstown, Perth on the way so that Ronnie could stretch his legs and have a cuppa. We arrived at our destination at 7.45 pm - an old whitewashed cottage in woodland - Tower House, Dalnaglar Castle, Glenshee, Blairgowrie, PH10 7LP. That clear, cloudless night Ronnie had a few glasses of Scotch, we went outside the cottage, we had never seen so many stars before, Scottish skies are quite a spectacle on clear nights, no pollution, and with that lingering image on our weary eyes and imprinted in our thoughts we all hit the hay. The next day (Sunday) we lounged around, relaxed, took in the views and went for a stroll around the immediate wild countryside. The views were stunning. Lancashire Townies in the Highlands. The following day (sunshine!) was the late summer Monday Bank Holiday for England but Scotland was business as usual so Ronnie drove us to Edinburgh Castle, beautiful city, we scaled the heights of the castle and we also shopped whilst in Edinburgh and bought birthday presents for Kal. Tuesday: Ronnie drove us to The Fish Ladder, Pitlochry on the river Tummel. On the way he picked up a bemused hitchiker who thought he would be charged a fare. This would not be the first time Ronnie gave people a lift in the highlands during the 2 weeks holiday. A thoughtful, generous man. When we arrived at the Fish Ladder (built to help Salmon get back to their spawning grounds in the breeding season) Ronnie was trying to convince us that he could catch Salmon with his bare hands and sell them to local restaurants and pubs for a tidy sum. This was an amusing idea because rather than helping the salmon - Ronnie was thinking of helping himself - making some spare cash on the side by using his wit and dexterity. That afternoon Ronnie drove us all the way around Loch Tummel, we headed back late afternoon and celebrated Kal's birthday at the cottage. Wednesday: went fishing in River Shee Blackwater. In the afternoon visited Glenshee Hotel and got chatting to local sheep farmer named Pete. Pete was quizzing Ronnie and told him he had seen the Taxi whizzing around the area for the last week. Apparently the locals were intrigued and could not understand why someone would be driving a Taxi around the area in the hope of collecting fares. Friday, the Hackney Cab set off to visit J.M. Barrie's (Peter Pan author) birthplace and resting place in Kirriemuir. On the way to Barrie's little cottage Ronnie slammed the brakes on but we all thought that the road ahead was clear - with not another vehicle in site. Ronnie had spotted a hedgehog crossing the deserted road and behind the hedgehog walking in single file was a family of baby hedgehogs, no bigger than sparrows. Saturday: Quite by chance we met friends of Ronnie's who were holidaying in the area. The couple were Mormons, they had 4 children and were also accompanied by an elderly man. Sunday: We met a man who had a screw-off arm who knew J.M. Barrie. Monday: whilst on the road again Ronnie gave hitchhiker 'Dave' from Ullapool a lift to Glenshee. Dave was on his way to do a 4-day course on Hang Gliding. Wednesday: Went on a nature trail walk around loch Tummel. Thursday morning, we found a lizard in the cottage, and overnight some huge feathered roosting bird had left a large deposit on the top of the Taxi bonnet. Ronnie parked his taxi beneath a large chestnut tree each night, but parked it out in the open after that particular event. That afternoon we went horse riding to Breoch Daug Riding School. Ronnie's horse was named 'Robbie' and someway along the trail it got spooked and reared up like the lone rangers horse and tried to buck Ronnie but he remained in the saddle and managed to calm the horse down. Great skill. Friday: we went on a hilarious walk up the steeply sided Kindrogan Hill Pitlochry. It had rained the night before, very wet underfoot, and due to our rowdy antics during the ascent we cleared the whole hill of any intelligent life forms. Fantastic views from the top. We virtually slid all the way back down. We spent our last night chatting in the Dalruzian Hotel, Blackwater, Bridge of Cally, Blairgowrie. Saturday Sept 6th: We left Tower House Cottage at 10.30 a.m. Ronnie stopped at Perth. Edinburgh and also Biggar on the river Clyde, South Lanarkshire. We got back to Liverpool 7.30 pm. Next day I put a tenner's worth of diesel in Ronnie's Taxi at The Bluebell Garage, we planted some heather, had Sunday Roast and talked about the Townies Fortnight Adventure in the untamed highlands of Scotland.

He told me to keep my eyes open when heading the ball.
Best advice I ever had.

Ronnie you were a colourful character ,it's been a while since we spoke ,and now it's too late, you will be missed RIP Ronnie ,god bless.

The Ronnie Ross I remember was handsome, funny, kind, generous, classy dresser, nice car, plenty of money. What more could a girl want?

'Here's lookin' at you kid.' Love from, The Spider. 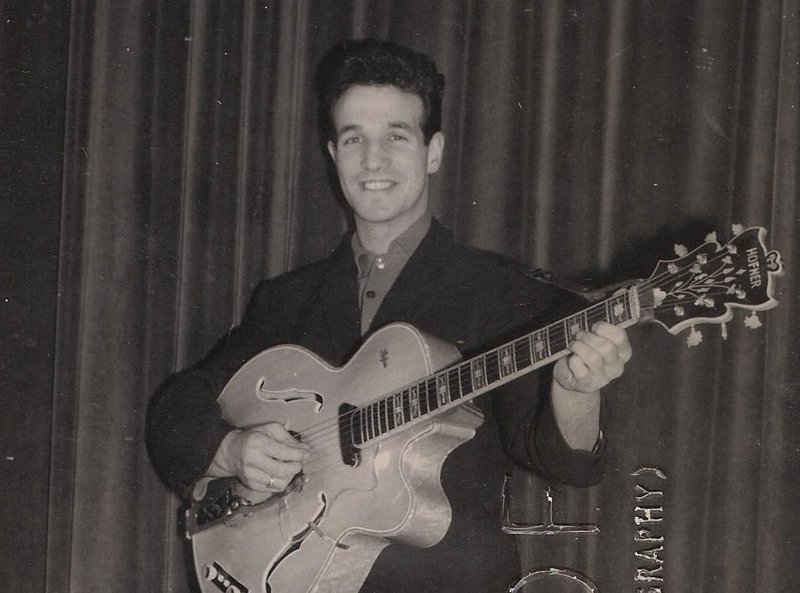 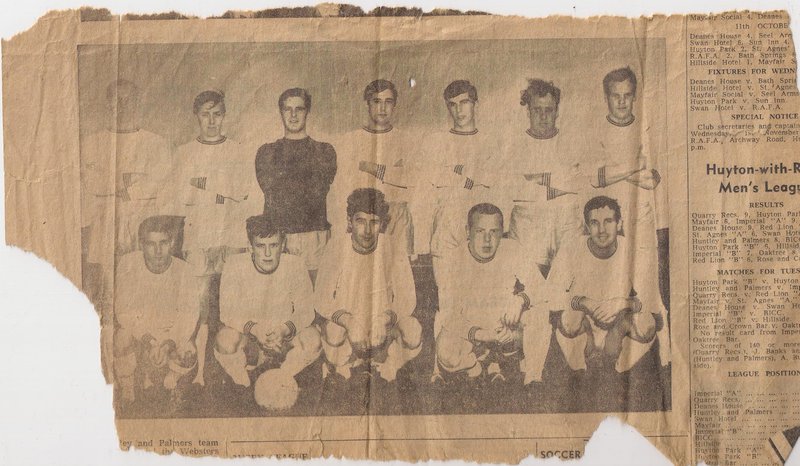 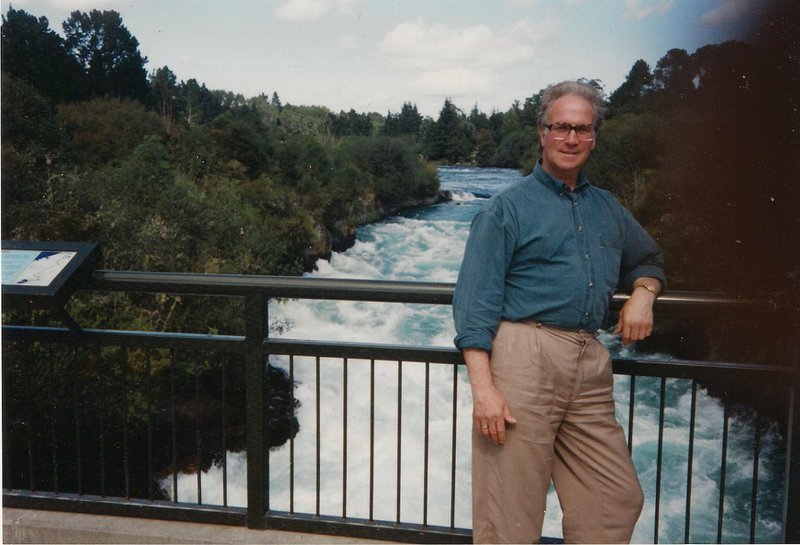 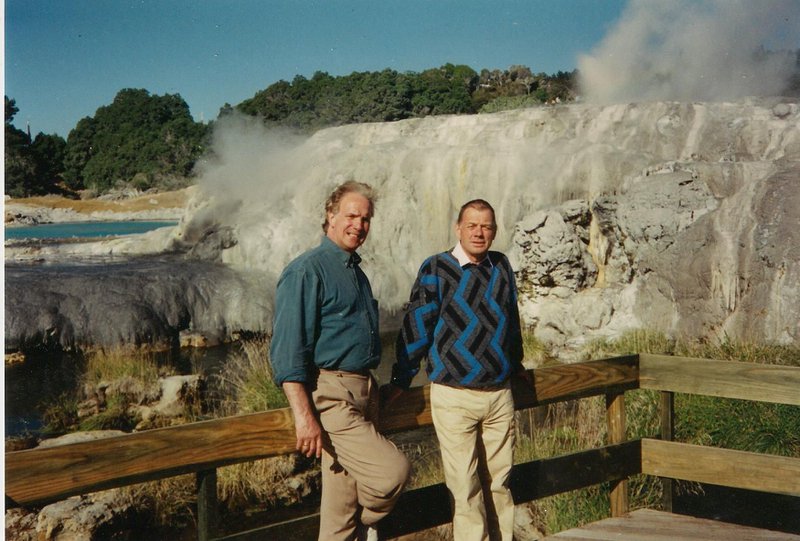 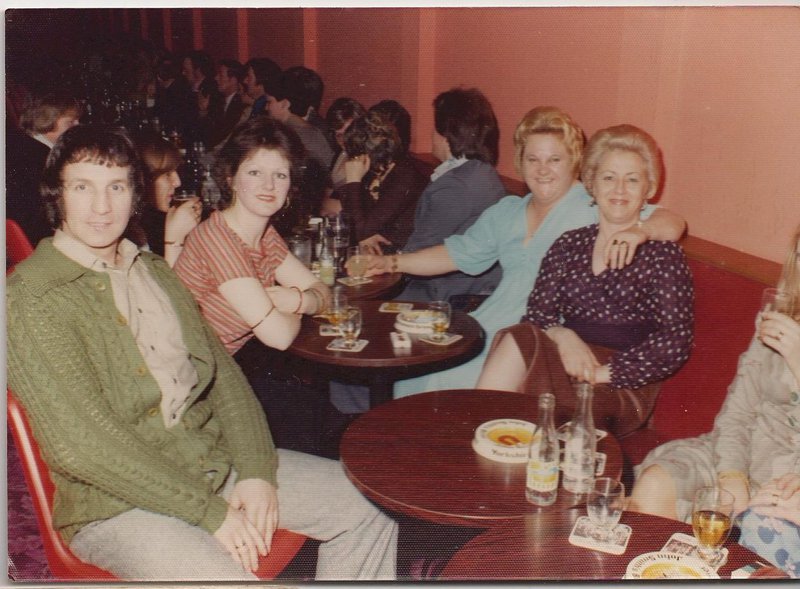 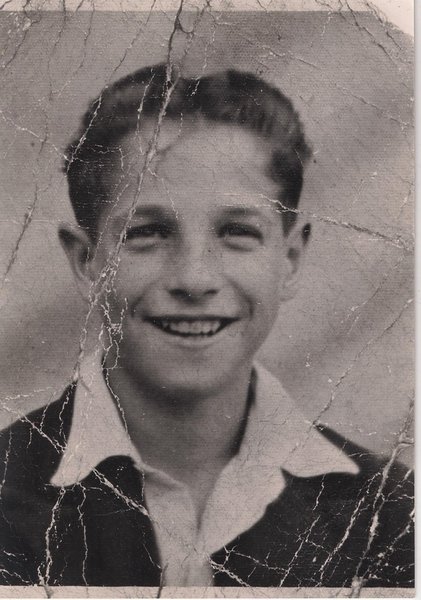 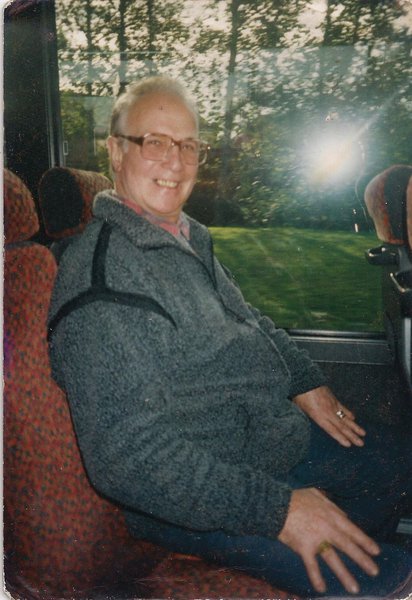 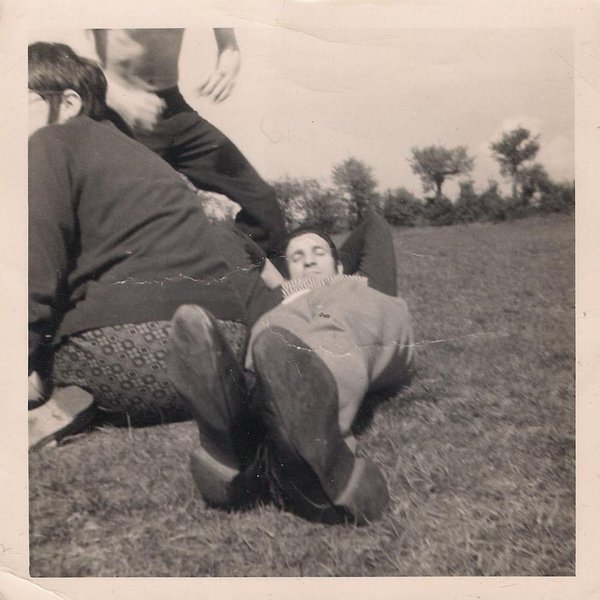 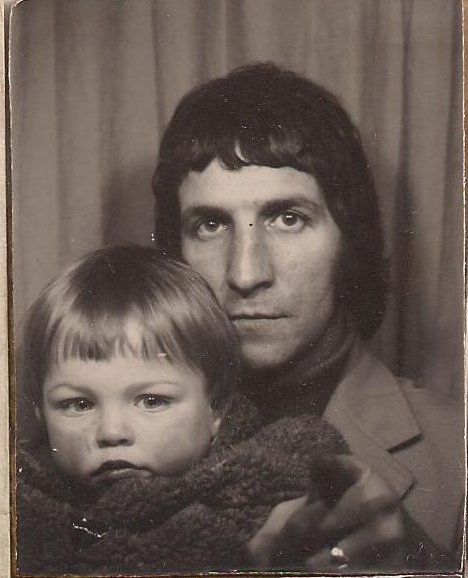 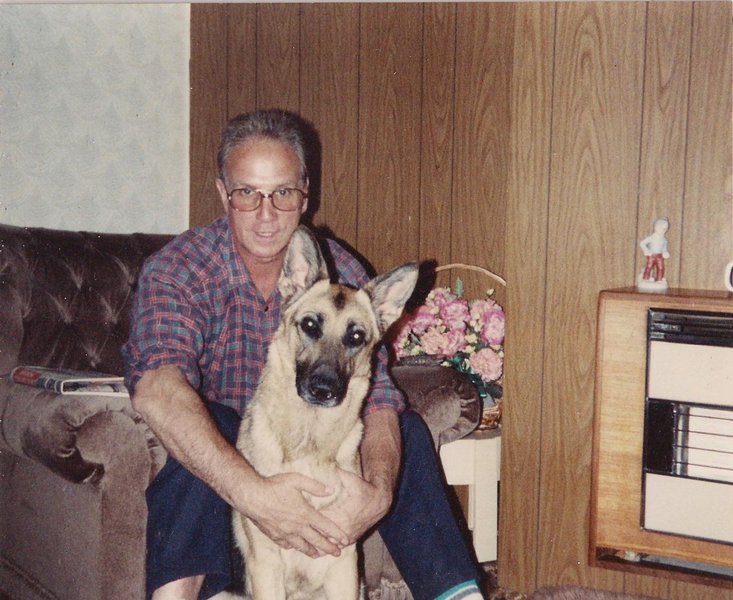