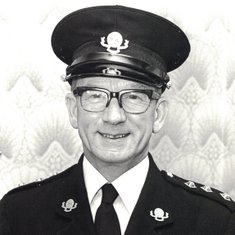 In loving memory of the late Maurice Hughes who sadly passed away on 6th February 2015 aged 86.

Born and raised in Birmingham, it was work that brought Maurice to the Nottinghamshire area and that is where he met the future Mrs Eileen Hughes (nee Parsons).

Maurice was educated in Small Heath, Birmingham. His education was very sporadic due to the Second World War. Birmingham was heavily bombed during this time so he spent lots of time in air raid shelters growing up.

In the early years Maurice worked for Hopes Heating Engineers in Smethwick. During this time Maurice was asked to work on a project at The Metal Box in Sutton-In-Ashfield. He lodged in Tudor Street whilst he worked in the Nottinghamshire area. He worked as a heating engineer until he joined the Army in 1946.

Maurice met his future wife Eileen in April 1946 and a few months later in October that year he join the Royal Army Medical Corps. Whilst being posted in Germany he joined the Red Shield Band of the Salvation Army which was specifically for serving soldiers. During his time with the Salvation Army he taught many young men to play brass instruments, something he continued to do throughout his life. Maurice and Eileen got engaged whilst he was in Germany, with the intention of marrying once he returned and to settle in the Nottinghamshire area.

Maurice left the Army in 1949 and Married Eileen on 15th July (St Swithen’s Day), 1950 at Downing Street Methodist Church in Sutton-In-Ashfield rather than at the Salvation Army Corps, as they were not registered to administer weddings at this time. The Army Officer was able to marry Maurice and Eileen.

Maurice was a gas fitter for many years after leaving the Army. The rest of his working life was spent in the Nottinghamshire collieries.

He was a member of the Salvation Army for many years. He was made Corps Sergeant Major of the Mansfield Salvation Army and continued teaching brass and playing with the band until 1996.

Maurice was also an active member of the St John Ambulance and in 1953 he decided to set up his own cadet division, started from his living room in Huthwaite.

Both Children learnt to play Brass instruments, initially through the Salvation Army and then into the Brass Band fraternity. Maurice was an ambassador for children being given an opportunity to participate in music.

Maurice was also a member of Mansfield Male Voice Choir and enjoyed his time singing locally and especially on tour in Heiligenhaus, Germany.

Malta was home from home for Maurice and Eileen for over 40 years. When they retired they spent many months in the warmer climate of Malta and Maurice loved exploring the island on foot and occasionally on the rickety buses! The extended Hughes family went to Malta in 2009 to celebrate Maurice’s 80th Birthday. This was his first trip to Malta since his stroke in 2005.

Maurice was a keen gardener and DIY enthusiast. He could be lost for hours in his garden and allotment. On occasions when he was 'missing' he’d be found tinkering with something in his shed/garage.

Maurice was a true gentleman who enriched the lives of so many; he will be sadly missed by those closest to him.

Donations from the funeral

With love and prayers from Keith, Stella, Rebecca and Sarah Price

Sorry I won't be able to be there. God bless you. X 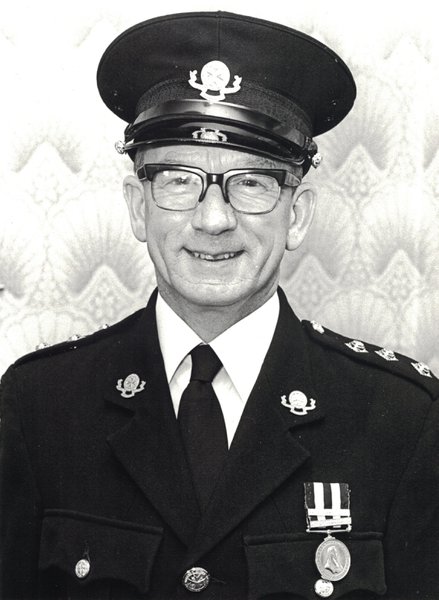