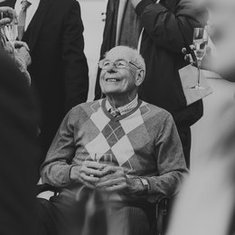 Peter was born at Brockley, South East London in 1927. Only son of Frank and Kathleen Raine, who were also blessed with two daughters, Pamela and Joan. Whilst a toddler the family moved to Shakespeare Avenue Bexleyheath.

After national service in the Royal Signals Dad followed in his fathers footsteps and got a job in shipping in London. He worked for a very long while in the City of London and developed an encyclopaedic knowledge of its cultural and economic history. He also got to know a few city hostelries rather well - as he conducted his research no doubt.

The seminal event in Peter's life was meeting and then marrying his wife Catherine (nee Fahey), not long arrived from Ireland. Her instinctive sense of fun and love of people complemented his bookish demeanour. He was absolutely devoted to Catherine, whom he married in 1956. Four children soon followed, Anne, Mary John and Paul. He was a hugely unselfish father to his children. Need help with homework? Need a lift? Need new football boots? Whatever the time, the weather or the circumstances, he could be relied upon to give his all in helping his friends and family. Actually, he was equally kindly disposed to strangers, I recall full well stopping at the bus stop on the north side of Blackwall Tunnel in pouring rain and him offering a lift to anyone that was brave enough to climb into an already packed car.

He left work in 1989 and enjoyed a rather conventional retirement. Plenty of pottering about in the garden and long sojourns in Spain where mum and he enjoyed the peace, quiet and winter sun. Grandchildren provided another pleasant stimulus. Nine of them, and in recent years 7 great grandchildren. He has always been comfortable with babies and toddlers, each spent pleasurable hours upon his knees listening to his large repertoire of nursery rhymes - with his colourful voices giving each a certain distinctiveness. He adored his family, there was absolutely nothing he wouldn't do to promote their individual or collective happiness.

In return he was much loved by all. Nowhere was this more evident than in recent times when his deteriorating health left him rather housebound. There was a veritable procession of visitors and some lovely videos evidence how even very close to his end, the presence of the youngest family members lifted his spirits no end. He spent the last 2 months in a care home/hospital. We were delighted when the ward staff at Queen Mary's asked us to restrict the number of visitors. Every day he was visited, every day saw those that loved him sit at his bedside and offer him whatever comfort they could. When he died the ward supervisor said it was a rare experience to see a man so loved in life and cherished in death. Not a bad endorsement!

He enjoyed a good life. He married a good woman and had the pleasures that a large family can offer. His was a pleasant end - he died with his two daughters by his bedside, holding his hand. We know that he waited for that moment before he decided to take his leave. He shall be terribly missed, but the family take comfort that he lived a life he was proud of and knew nothing but love and affection as his time with us drew to a close.

Farewell Dad. So proud of the man you were and the life you lived.

Rest in peace Peter, our love to all the family. Jo, Andrew and family.

With fondest memories of a lovely cousin

Marian and Anthony Ketterer donated in memory of Peter

Peter was a great friend to my Father in his latter years, his and Cath's kindness and friendship greatly valued. Our sympathies go out to all of the Raine clan at this difficult time - a long life well lived, well loved.

Goodbye Dad. Thank you for being a loving father, grandfather and great grandad. We love you and will never forget you xx

We couldn’t have asked for a nicer Uncle. Always pleased to see us and always interested in what we were doing.

Anne Morrison is attending the funeral and the reception

Pam and Chris Lakin donated £50 in memory of Peter

So many happy memories over the years.
Rest in peace

Farewell dear father. I shall carry with me till the end of time many wonderfully happy memories of our time together. I shall cherish your kindness and wise counsel throughout my life. Love you Dad. John

Dear Dad. The many fond memories shall carry me through the dark times when your absence is difficult to bear. All my love. John

Dear Dad. You shall be sorely missed but rest assured your memory shall endure. You shall forever be in my thoughts and prayers. Love. John

John Raine is attending the funeral and the reception 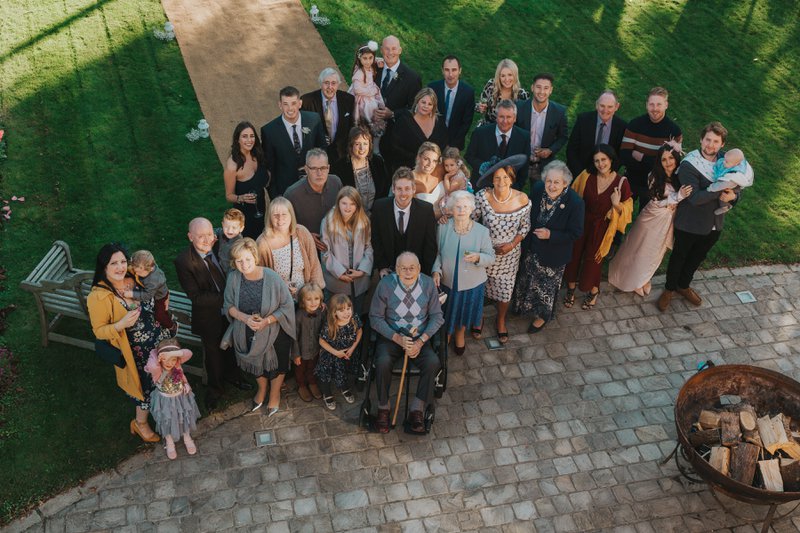 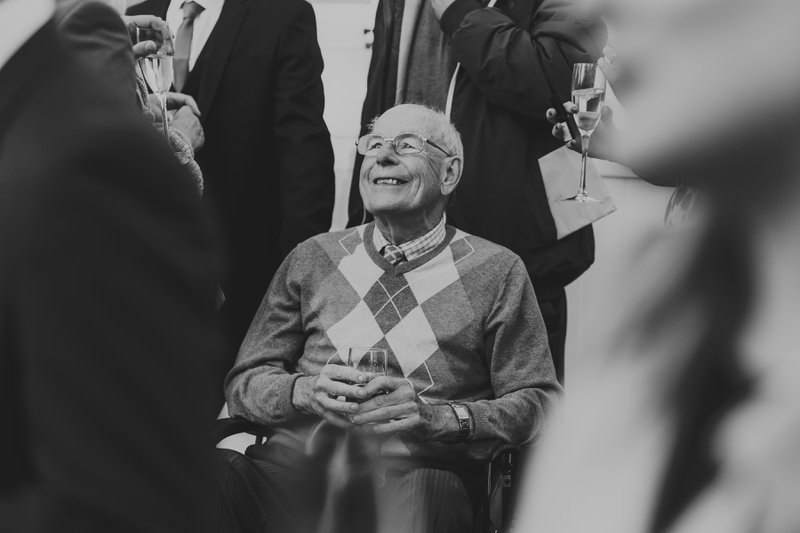