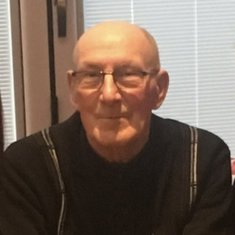 Tom was born on the 2nd of October 1942 in Backworth, Northumberland to Olive and Jacob Thompson. His Mum died when Tom was young which left his Dad to care for their ten children Robert (Bob), Audrey, Olive, Thomas (Tuck), June, Albert (Tom), Ethel (May), Doug and Marion. Jacob did his best to keep his family together but it proved to be too much and so very reluctantly his five younger children were sent to be cared for at Dr Barnardo’s Home in 1949, leaving the five eldest at home. A very difficult decision for a parent to make.

The younger brothers and sisters, initially together in a home in Scotland, were temporarily separated. All were eventually reunited in 1954 and moved closer to their dad and siblings.

When Tom left Dr Barnardo’s he came to London to serve an apprenticeship in carpentry and after gaining his certificate he remained in London where he proved to be an excellent carpenter and remained so throughout his working life at New Cross Hospital until he transferred to Guys Hospital when New Cross was closed, as a supervisor where he worked until he retired.

It was at New Cross Hospital that he was to meet Ann, they were married on the day that England won the World Cup against Germany in July 1966.

They settled down to married life living in Sydenham for a little while and whilst living there first Audrey and then Susan came into the world, they then got a brand new two-bedroomed flat on the eighth floor in New Cross, when the girls were three and one year old respectively where Tom lived for forty-nine years.

Tom liked to be in company and would attend regular family gatherings at Susan and Craig’s and he had his routine trips to the Café in the morning and the pub in the afternoon, The Windsor in New Cross, where Tom enjoyed a pint or two or three and a couple of Captain Morgan, in his own glass with his friends.

Following a lengthy stay in hospital Tom’s passing on 19th January 2019 has saddened those who knew and loved him but though he will be missed always, this lovely man will never be forgotten.

In memory of a gentle, kind man, someone I have known since childhood and was a great family friend. Sorely missed, remembered by all.

In memory of a very kind and loving man. Love Sandra and Trevor

In memory of a great man, Sandra and Trevor

From the Windsor, Ian, Mark & Chaz

Thinking of you all as you prepare to celebrate your Dad's life. I am so sorry for your loss. Rest in peace Tom , your memory lives on. Much love Jackie, Danny, Catelin and Manus xxxx

Marion Hughes is attending the funeral 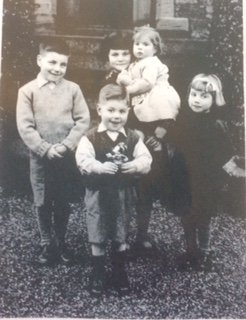 To my dear big brother.
You may have left this world but you will be forever in my heart. ❤️

in memory of Albert Edward "Tom" Thompson, Rest in Peace.

Julia Maestri is attending the funeral

Rest in peace Tom. You did a fantastic job with your girls now you can watch over them and your Grandchildren x

Denise Thornton is attending the funeral

Craig Clarke is attending the funeral and the reception