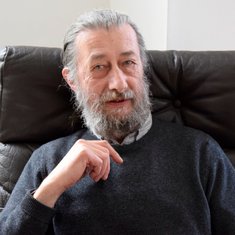 In the early hours of the morning of Monday 7th January 2019, John died suddenly of a massive stroke. Just a short time before he had been talking happily with his wife, Sally, and his death was utterly unexpected.
John was born at St Mary’s Hospital in London in July 1949 to two Czech parents, Jan and Štěpánka, who had recently come to Britain in connection with their work with the Czech government in exile. John was their only child and, tragically, Jan died just a few days after he was born. John was then raised in North London by his mother. Their life was a modest one, and one lived in the shadow of the loss of John’s father and of a very different life to the one Štěpánka had known in Prague.

Growing up in North London in the 1950s, and spending a good deal of time with his own thoughts, John developed a rich inner world. He later remembered details of the model ships and painters’ easels in shop windows, the émigrés playing chess in Hampstead cafes, the artworks hanging in the houses that Štěpánka was employed to cook for, and the beautiful music that played on her radio. In the old country everyone went to the theatre and the opera, she would say, not just a few. John never lost his great curiosity about the world around him, its history, its culture, and its natural wonders (he later became a sometimes reluctant but nearly always victorious player of family games of Trivial Pursuit…).

John enrolled on the Interior Design course at the North London Polytechnic in 1969, having first considered a career as a librarian. He excelled at design, finishing his studies as the top student of his year, closely followed by the woman he fell in love with there, Sally, whom John went on to marry in 1973.

Employed in architectural design at Whitbread and then at British Waterways, in 1975 John moved with Sally to the town of Berkhamsted in Hertfordshire, where they lived for over twenty years. There they had a daughter, Elisabeth, in 1977, and a son, Edward, two years later. Through the 1980s John worked for GMW Architects, a London-based company founded in the same year he was born. Commuting from Berkhamsted, John kept up a developed painting practice in the evenings and weekends, a practice to which he would later return. Having been involved in several prestigious architectural projects, including the National Hospital for Neurology and Neurosurgery in Bloomsbury, John left GMW in 1989 to take up a career in freelance architectural illustration, in which he brought to life the scaled plans of proposed new building projects.

It was in this year, too, that world historical events again loomed into John’s life, as the Velvet Revolution swept away Soviet communist rule in Czechoslovakia. Watching the reports on television, and hearing intermittent word from his surviving Czech relatives, the family decided to drive across Europe to celebrate the revolution and for the first time to experience first-hand the country that John had up until then only heard about. This event would mark for him a period of intense reengagement with an aspect of his history that had for so long been in the shadows.

In 1990 John also formed a folk band with three friends, Patrick, Monty and Kate, with whom he often played for fun and on several occasions performed to happy crowds. It was at this time that he and Sally began to renovate houses together, a new direction that would, once Liz and Ed had gone off to university, help lead them away from Hertfordshire, all the way down to the far west of Cornwall. They moved in search of different priorities in life, and certainly they found them there. Moving to Penzance at the end of 1997, and to an old farmhouse near St Just in January 2000, where they would stay, John and Sally worked hard to meticulously restore the several houses they worked on. They also forged some strong friendships with people in the area, John providing planning drawings for local friends’ extensions and renovations, often in exchange for a cartload of logs for the fire.

At this point John was also re-engaging with the kinds of intellectual and cultural activities that had sustained him in his earlier years. He began painting seriously again, showing his work in exhibitions in and around Penzance. He completed an M.A. in Illustration at University College Falmouth in 2008, for which he produced both an impressive series of illustrations after the late Beethoven string quartet that he loved so much (Opus 132 in A Minor), as well as a rich and conceptually demanding dissertation on creativity, authorship, and what he called the ‘space between’.

John and Sally’s life was profoundly shaken by their daughter Liz’s suffering a severe stroke just after Christmas 2009, and then by her death from a second massive stroke in January 2012. It was an event that, seven years on, the family were still in the process of coming to terms with.

In the years that followed, and partly driven by his discovery of his father’s military records in the Czech State Archives, John began to write more, first a piece of extended prose fiction, and later, in part inspired by his trips to Cork City, Ireland, to see his son who taught there, to write poetry. Indeed, just an hour or two before he died John had printed out copies of a new poem that he was intending to read the following evening at a meeting of the Poetry Society in Penzance.

Throughout his life, and from tough beginnings, John wanted to see beauty in people. He never relinquished his curiosity about the world and, while not religious in an institutional sense, he remained attuned to a divine register in things. He was a hugely devoted father, a loving husband, and a valued friend and member of the community. His death came as a huge shock, a blow softened only by the knowledge that he did not suffer, and that he made it so natural for those who knew him to remember him with love and gratitude for the deep kindness, care, gentleness and wisdom that he stood for.

Chris,Gill,Hannah,Tom and Holly Prudden donated £105 in memory of John

Dear Ed and Sally, thinking of you today. Thank you for sharing these details about John's life - so wonderful to learn more about such a creative person. I only wish I'd had the chance to meet him again as a proper adult, having stayed with you in Berkhamsted in 1997 and then Penzance in 1998. A lifetime ago. My love and sympathy for your loss, Gemma xx

Tom Hackney is attending the funeral and the reception

With love from Jane and Will 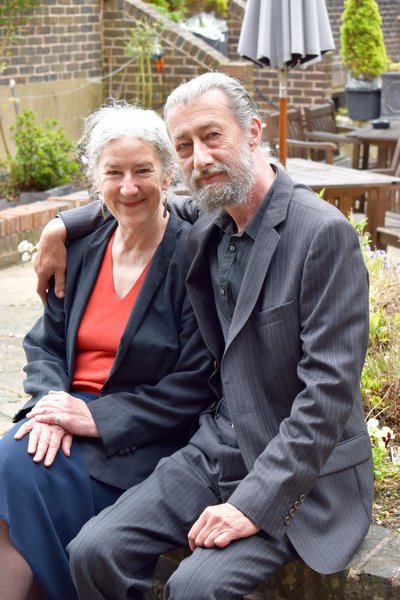 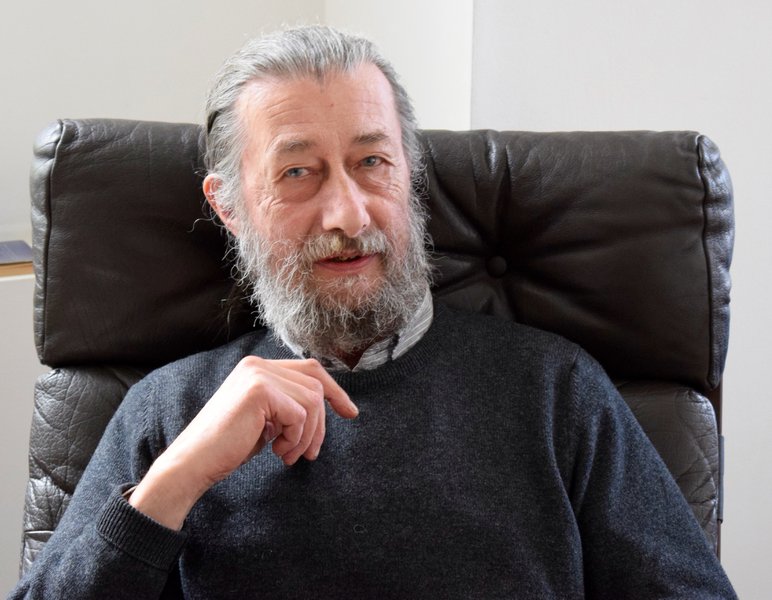