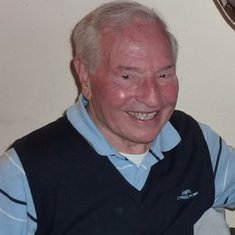 In loving memory of Dennis George Clifford who sadly passed away peacefully in his sleep on the 15th of December  2018. At Queen Alexanda Hospital. Portsmouth. After fighting a cancer called mesothelioma, caused by close contact with asbestos.

Born in London in Lambeth Hospital  Lambeth 30-12- 1928. Then lived in Page St. Westminster for the first few yrs. of his life. He was the eldest of 6 siblings from a big family of 4 brothers. Mick, Frank, Bertie and Bunny and 1 sister, Mourine,

He was 12yrs old when world war 2 began, so lived through very hard times and would tell us all many stories about world war 2 and at the young age of 12yrs old, bombs were being dropped on London and his mum would be rounding all the kids up to make a run for the air raid shelters. When he was of age he went into the army and was stationed in Germany and Austria, somewhere he loved and revisited more than once in later life.

He met Anne, his future wife at the age of 15yrs old and they became childhood sweethearts and married not long after the 2nd world war on June 10th  1950. They then spent a wonderful 68yrs together right up till  2018.when Dennis sadly left us.

He had many hobbies and a avid collector of Stamps & Coins. He spent a lot of time growing chrysanthemens and dahlias, and would then show them, where he won various trophies and medals for prizes.
He loved nature and flowers, which opened up another passion for him in photography. He also loved most sports and played tennis and badmington with his wife and in later life he took up golf and loved nothing more than playing golf with the men in the family.

He enjoyed entertaining and always the life and soul of any social gatherings. A great story teller.!

He liked to dance and was always very Passionate about most music and loved playing it as well as listening to it and taught himself how to play music on his organ and all his favorite big band music, which he loved. He was A big fan of James Last, Louis Armstrong and "Glen Miller," who he danced to with his wife Adrieanne at his only visit to England towards the end of the war. Ironically Glen Miller died on the same day as Dennis on 15th Dec. That would have made him smile to think he had something in common with his idol.

Dennis was a very sociable man and had many friends all over the world and always liked to have a joke and always saw the positive side of life. He was always laughing or whisling and his passion for enjoying life was infectious. Right to the last days before he left us, he was cracking little jokes and trying to make light of the fact he was dying. He would say, 'I have had a wonderful life and we all have to go sometime, I am nearly 90"

In his 80s he learned how to use a computer and loved to be able to connect to long distant family and friends and keep up with what everyone was up too.

He was a Very hard working man and worked exceptionally hard to provide for his family,  even in his later life and in ill heath, he took on the roll of carer for his wife who was sadly diagnosed with altzheimers in her early 80s. that changed their life drastically.

Dennis was a Very humble man who was always greatful for all the wonderful things in his life, he was very passionate about nature and loved nothing more than to take his grandchilden for a walk in the woods, he loved to walk and managed to walk everyday, right up until he physically couldn't walk anymore.

He loved to investigate new places and had travelled to most of Europe and many countries around the world including cruising around the Bahamas and America, where he had distant relatives.

Dennis and Adrieanne had a white wedding at The Parish Church in Epsom,  Surrey, where Anne (Adrieanne) was brought up and they then moved to Portsmouth after they were married.

In the early 50s, his married life started in a caravan at Eastney, Portsmouth, later he moved to Paulsgrove, then Copnor and on to  Moneyfields Ave, where he owned a paper shop for a short period of time, then a move to North end and finally to Sarisbury Green, Southampton, where he continued to live out the rest of his life after retiring.

Dennis will be sadly missed by all his family and friends and always remembered with love and joy that he gave us all when he was here.
R.I.P. and God Bless Den Carol and Steve Styles donated £20 in memory of Dennis

John and Joyce Casey donated £20 in memory of Dennis

You were a very kind man Den especially to our mum which we were so grateful for.
Always had a smile on your face and loved to chat. R.I.P.

Dennis,
We met through doing the Clifford family tree some years ago, our grandfathers were brothers. It was a pleasure meeting you and Anne to visit yet another cousin in Dorset who was visiting from the U.S. I always enjoyed our many phone chats - you always had such a positive outlook on life. God bless. Liz

Dennis,
You will be missed greatly. I so enjoyed talking to you and swapping information on our Clifford family tree. -You were always so upbeat and looked at life in such a positive manner. Liz 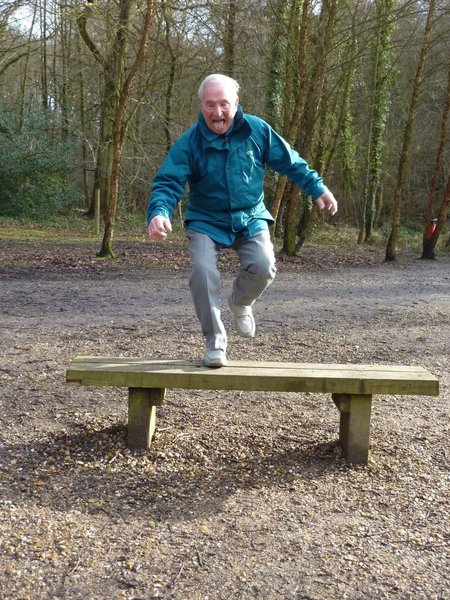 Times were always good around Grandad, right up to his last moments he had a smile on his face; an awesome Grandad & Great Grandad who will be remembered for his infectious energy, kind and caring personality and zest for getting the very most out of life. We will always remember him with a smile, all our love Simon & Caroline, Jack & Harry xxxxx

Thank you for being my Dad night night god bless

We will miss you Dennis, You introduced us into Family History from when we met on holiday in Devon when you were attending the Clifford reunion society .We have been friends ever since.
Goodnight Dennis and God Bless

I first met Dennis in the mid-1960 when as kids and friends of Terry we would be made welcome at the Clifford household, situated as it was next to the Moneyfields Sports ground, scene of our many (unofficial) football and cricket matches.
I have known Dennis right from then up until recent times when he would act as chauffeur for Terry and I when we went to cricket matches at the Rose Bowl to save us the hassle (and expense) of parking. He would be waiting for our call to pick us up after the game. Always pleasant and friendly, nothing was too much trouble for Dennis and he will be sadly missed.

We were neighbours for 16 years in Barnes Lane and many found memories of long chats over the garden fence, it was a pleasure to know you RIP Den Ken & Maureen 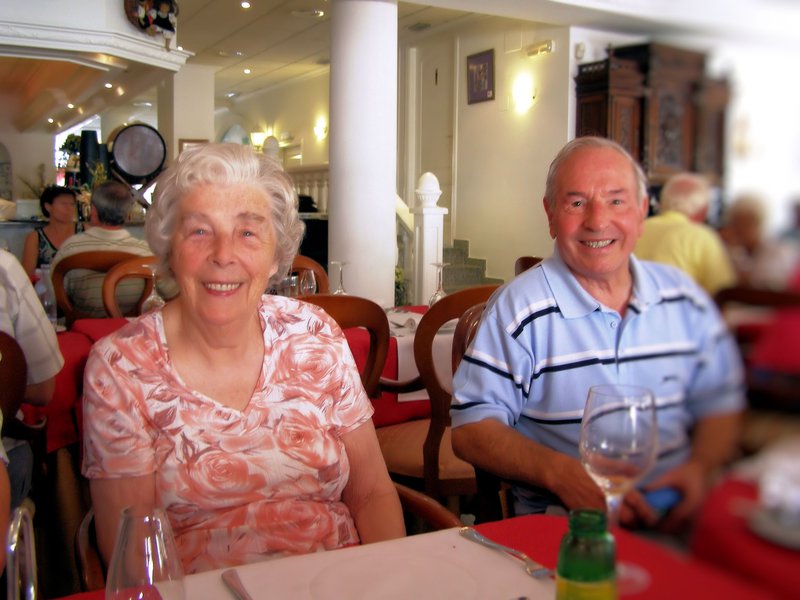 Simon & Caroline, Jack & Harry McFarling is attending the funeral and the reception 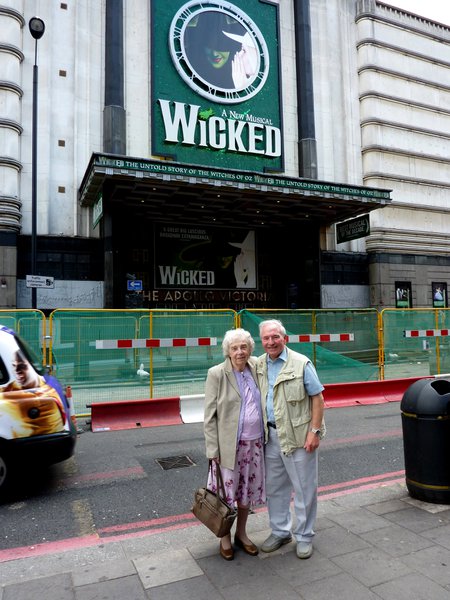 Terence Clifford is attending the funeral and the reception

Dad said to me many times to make the most of life & enjoy every day you are here, well he certainly did that almost making it to 90 years old.
He bought joy, happiness & laughter to all who he met. I am missing my Dad but have many happy memories of him.
We enjoyed many happy holidays together especially the cruises we went on which I know Dad loved.
I have one particular memory whist on a cruise visiting Medeira. I persuaded Dad to go on a wicker basket ride. I'm not sure he realised what he was letting himself in for as we were hurtling down this hill with a bloke standing on the back and acting as a brake man. However, he did say he enjoyed it when we reached the bottom of the hill.
I have many other happy memories of my Dad who was very caring & nothing was to much bother for him, he would always help anyone if he could.
R.I.P. Dad.
Love Terry & Janet
xxx

Janet Baker is attending the funeral and the reception Jasmine Roberts is attending the funeral and the reception Charlotte Baker is attending the funeral and the reception 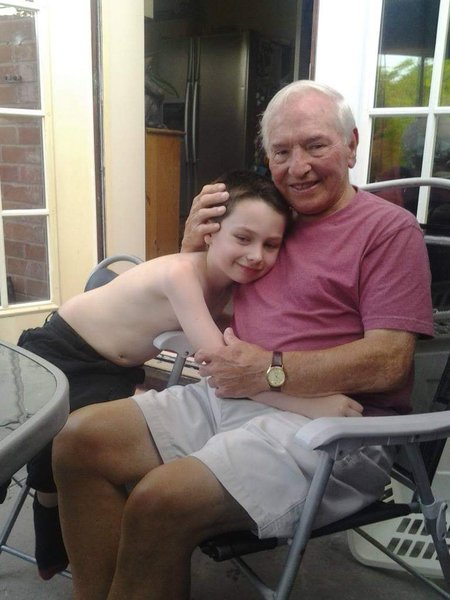 Love this pic, we all had such a great day and Mason had lots of fun with grandad up the top. 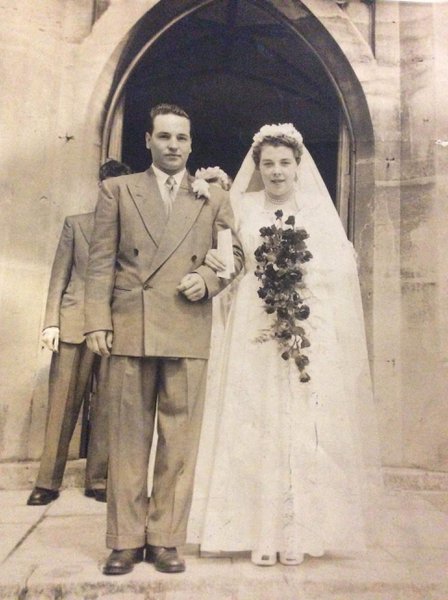