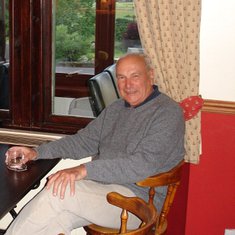 David was born on 27th May, 1931 in St Marys Bay on the Romney Marsh, Kent. He was the son of a builder/funeral director and was the oldest of three brothers. During the war years their mother took the boys to live with relatives in Mid Wales. He recalled this time with great fondness and always felt an affinity with the Welsh to the point of wanting them to beat England in international rugby matches.
Upon his return to Kent he progressed to the Harvey Grammar School in Folkstone and was joined later by his siblings. At school he developed his huge interest in sport in general and football and cricket in particular. Upon leaving school in he joined the RAF, becoming a radio operator in 7 (bomber) squadron and was stationed in Egypt and in the UK. He served for a number of years in the 1950’s when the Cold War began to hot up. He was assigned to a signals squadron which flew close to the Iron Curtain intercepting Warsaw Pact messages which the “boffins” in the plane would attempt to translate. One aeroplane from his squadron strayed over the border and was shot down with all crew killed. He was proud of the service he gave and would always take care over his appearance, although as our mum remarked, he wasn’t the tidiest at home!
Upon leaving the RAF he trained to become a teacher in York. He taught in Kent, Birmingham and then joined the education service for the MOD in 1970, working first in Libya then Cyprus. It was whilst working as teacher that he met Hazel whom he married in 1967.
During his time in Cyprus he rose to become head master of Akrotiri Primary School, he also ran Air Training Cadets and participated in the sporting and social life of the military base. Many of the teachers who worked with him in Cyprus have spoken fondly of him and praised his leadership and teaching qualities. His time on the island was generally happy although there were also perilous moments such as the Turkish invasion of 1974 when his family was evacuated and he was charged with turning the school into a refugee station.
His time living and working abroad were particularly stimulating to him as he could pursue his interest in history and visited many ancient archaeological sites. He also loved the culture of Cyprus and was able to dedicate time and resources to another interest; cuisine! He became firm friends with his Cypriot colleagues and was invited to family weddings, he remained in contact with some until his death.
When he completed his contract in Cyprus he returned to the UK with his family to live in Birmingham. He re-trained once more as careers advisor for Birmingham City Council, a job which he was to do until retirement. His wife Hazel died of cancer in 1990 which was a great blow.
In retirement David was able to watch plenty of cricket and football and was a member of Warwickshire CCC for a number of years. Always a keen student, he attended lectures on history and learnt Spanish. He returned to travelling in his later years and visited a son in Argentina a number of times. As a keen naturalist he was also an active member of a Birmingham bird spotting club who made regular outings around the UK, something that he very much enjoyed. Above all he was happiest spending time with his family and in particular enjoyed being with grandchildren, great nieces and nephews. His rapport with children was obvious for all to see.
He died of a suspected heart attack whilst asleep at his home in Birmingham on 10th December, 2018. He is survived by his 3 sons; Richard, Geraint and Edwin. Richard being from his first marriage.

On behalf of Don and Brenda

Terry and Ann Homer donated £44 in memory of David

Good friend and neighbour for 35 years, always a gentleman. Will miss our visits to Villa Park, Edgbaston and all the Four Oaks Bird Club outings. Watching footie on TV will not be the same without you RIP.

Good friend and neighbour for 35 years, always a gentleman. Will miss our vists to Villa Park, Edgbaston and the Four Oaks Bird club outings. Watching footie on TV will not be the same without you R.I.P.

Fond memories of David, Hazel and the boys from long ago

Fond memories with David, Hazel and the boys from long ago

This donation was collected at the funeral.

This donation was collected at the funeral.

David was always good company. Never afraid to share a good yarn & loved discussing the state of the football league over tea & cake!
Love from The Nixons x

friend and neighbour for 35 years will miss your companionship at villa park edgbaston and the numurous places we visited with four oaks bird club.always a gentleman R.I.P.

always a gentleman good neighbour and friend will miss you at edgbaston villa park and all the rspb facilities we visited.

Sheila Boulds is attending the funeral

We worked along side David and Hazel in Tobruk and had some great times together socially too.Both were excellent professional teachers and set high standards.We lived next door to each other in Tobruk and shared many a glass of beer and wine and had very competitive games of volleyball at the Officers'Beach Club almost daily. We also remember an excellent camping holiday we had together in Cyrene a fair drive westwards along the coast.David was a super chap, incredibly friendly and caring with a terrific sense of humour. They were very good times and we are so lucky to know them so well, albeit along time ago, yet the memories are so fresh and clear. We both send you and your family our sincere condolences. Don and Brenda. 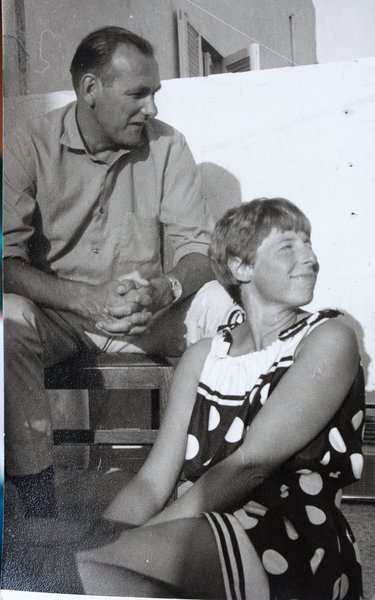 Sylv and I first met David and Hazel when they arrived in Tobruk in 1969. They instantly blended in with our group and we became firm friends as did all who met them. This continued as we both moved to Cyprus to complete our time with the forces schools. Our condolences and best wishes are extended to the family as they come to terms with the passing of our friend. We shall miss the annual Christmas card but will always carry happy memories with us.

My Dear friend David Apps whom I miss dearly. A true gentleman and I can only remember him with the fondest of memories. Love Emma

On behalf of my dear freind David Apps

Lilian Holmes is attending the funeral

John Allen is attending the funeral and the reception

Richard Swarbrick is attending the funeral and the reception

Emma Gregg is attending the funeral and the reception 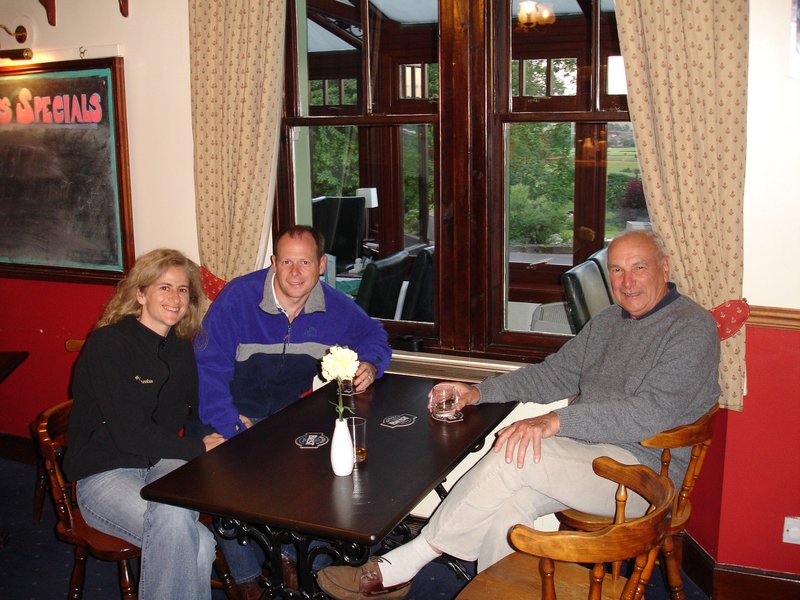 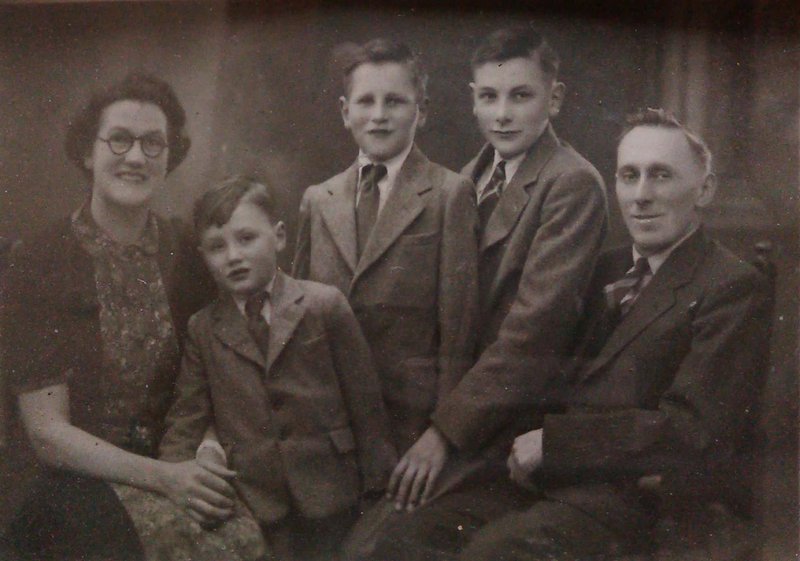 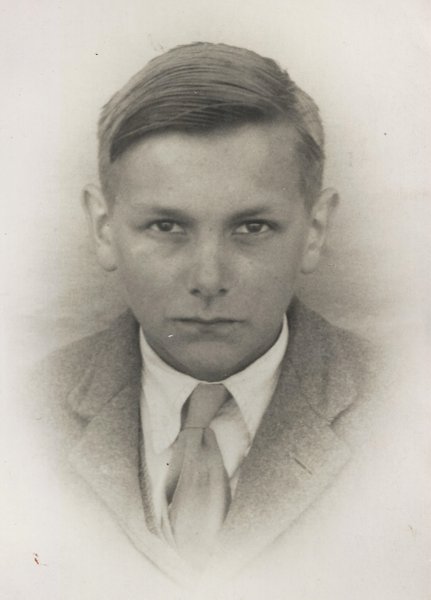 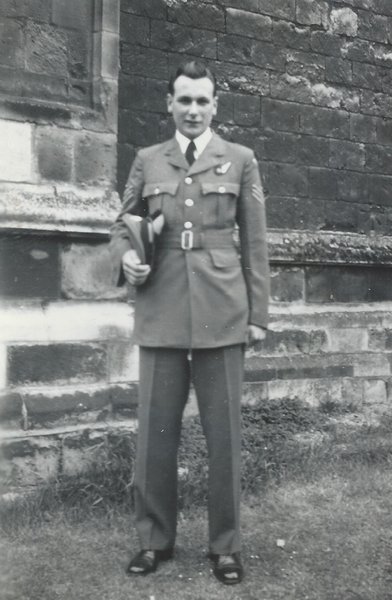 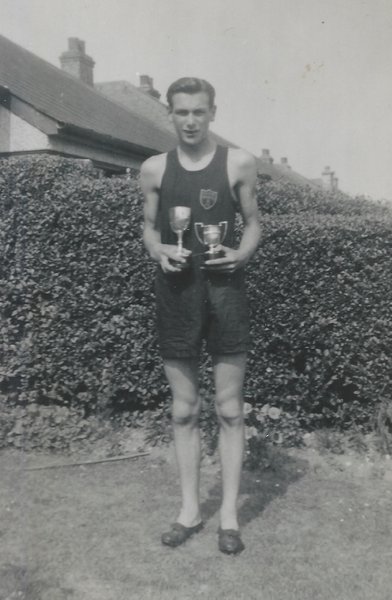 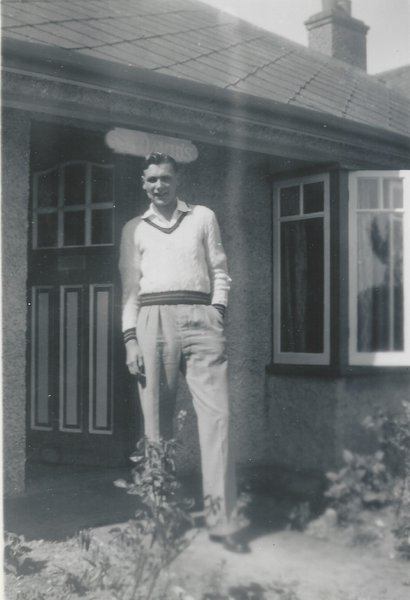 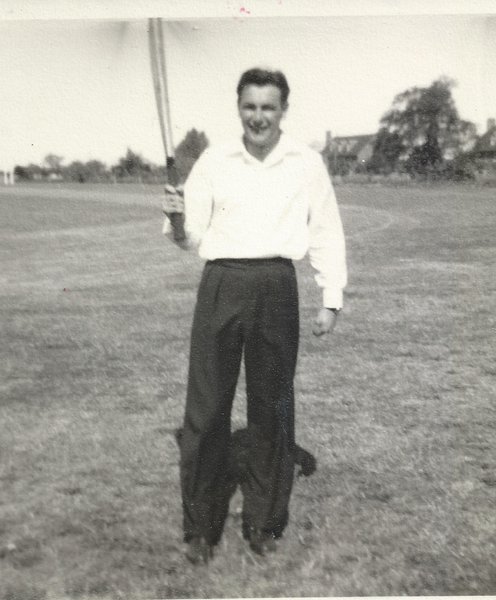 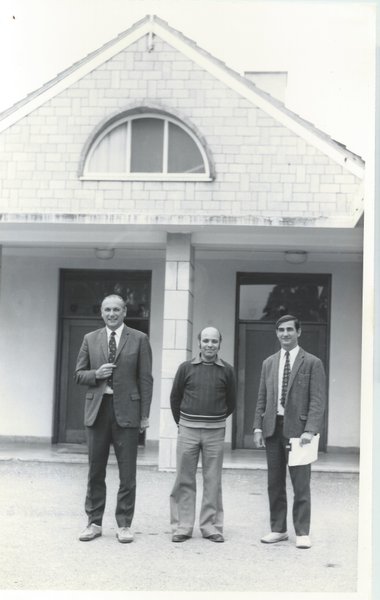 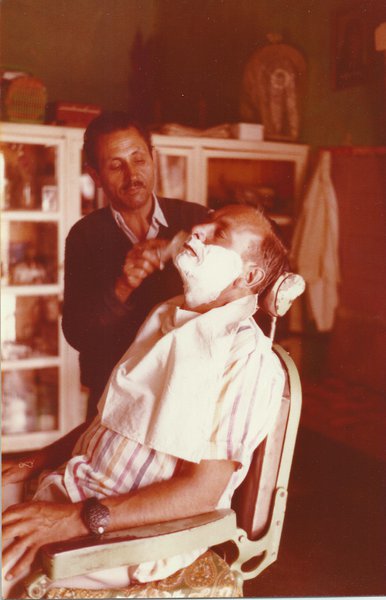 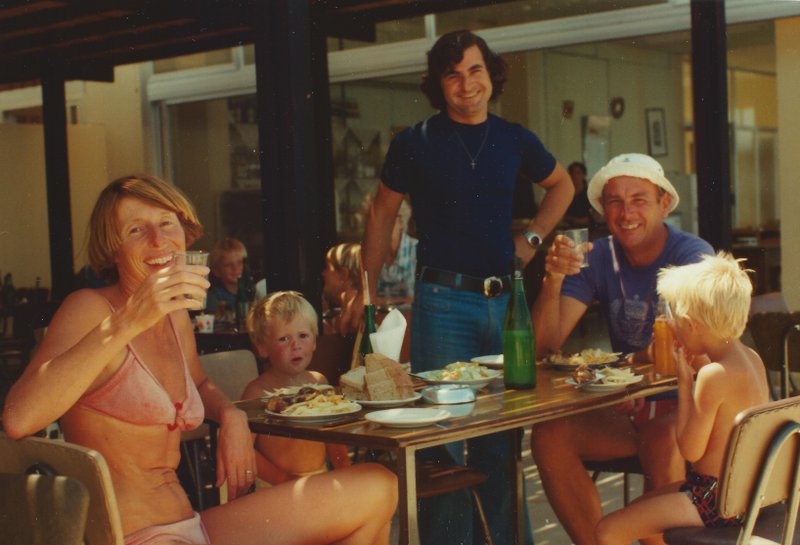 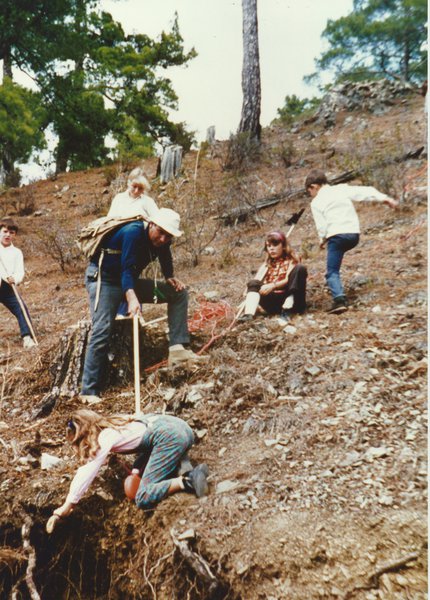 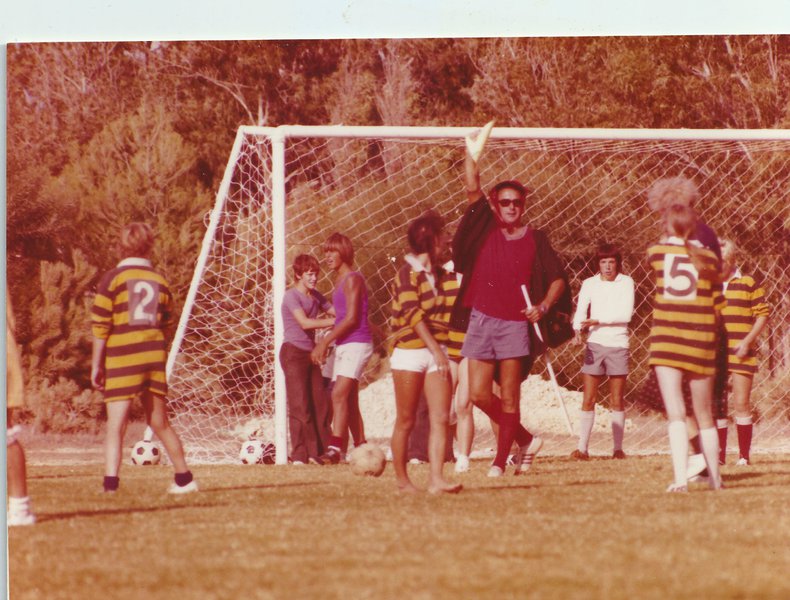 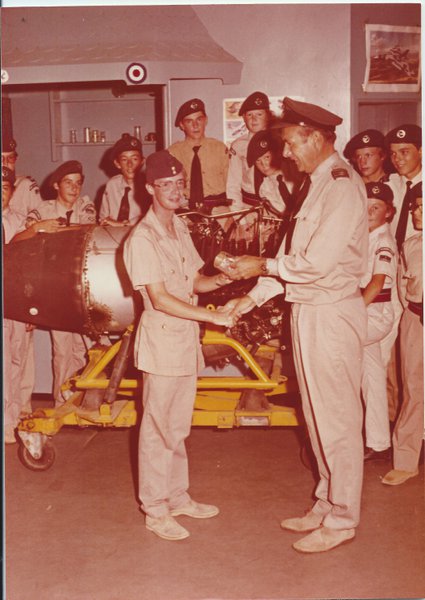 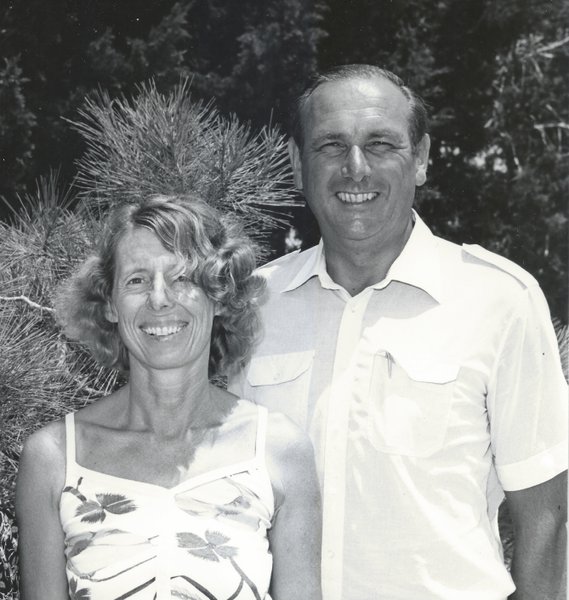