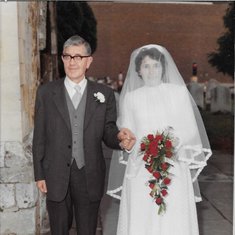 Simon Heffer has written in the Dail Mail:

By Simon Heffer for the Daily Mail

Nigel Fanshawe was not simply a headmaster. He was an example, an inspiration and a friend. On Monday, I posted a birthday card to one of my dearest and most admired friends. He was about to turn 104. However, he never got to see the card, nor those from countless others who loved and remembered him. Hours before his birthday he died, peacefully, with his only surviving child — he had outlived the others — at his side.

The man so widely admired was Nigel Fanshawe, from 1949 to 1977 headmaster of my old grammar school, King Edward VI in Chelmsford, Essex.

But Nigel was never simply a headmaster. To those who had the great good fortune to be part of his school, he was an example, an inspiration and a friend. He personified why, 50 years ago, the teaching profession was held in such high regard and individual teachers commanded huge respect.

My schooldays with Nigel, and my profound gratitude for all he and his colleagues did for me, made me a lifelong advocate of selective education.

In his hands our school transformed the lives of thousands of boys, not just by equipping them for the best universities but by turning out young men with proper values and a deep sense of intellectual curiosity.

Nigel believed passionately in elites and in excellence, but was no elitist. His great regret was that no government developed the idea of the technical school properly to ensure a first-class education to children whose talents were not academic ones.

He strove to open up a world of knowledge and to advance true social mobility. And, although happily, my school survives, Nigel’s life work also illustrates what we have wilfully and tragically lost in abandoning most selective schools.

Nigel himself was a grammar schoolboy. The son of a scrap dealer in Wolverhampton, he was one of six children — most of whom lived almost as long as he did. He won a place at grammar school and shone as a mathematician. University beckoned, but his family couldn’t afford it — this was 1929 and the state made little provision for such luxuries. With characteristic determination, Nigel found the money. He won a scholarship to Cambridge, but that wasn’t enough. So he proceeded to win scholarships from his school, county and charitable institutions until he had sufficient.

In 1932 he graduated with a first-class degree in mathematics from Gonville and Caius College. He then resolved to help as many as possible to do what he had — develop their potential for their own sake and society’s — and for the rest of his life he did just that.

He had jobs at two leading public schools — Radley and Eton. But his heart lay in selective education, where his deep sense of vocation told him he could make a huge difference to boys for whom private education was not an option.

When, aged 38, he took over King Edward VI, the school was poorly funded, its staff depleted by the war. Standards had slipped and the buildings were in poor repair. Nigel transformed the place. He disregarded the idea of a catchment area and took boys from anywhere in the county.

As teachers, he set about recruiting men — and before long, women — who would stretch the minds of their charges. The quality of the intake soon rose and admissions became highly competitive.

One applicant who didn’t make it was Geoff Hurst, who went on to score a hat-trick in the 1966 World Cup final. Nigel contended that had he come to our school he might have specialised in rugby or cricket and, therefore, by not giving young Hurst a place, he had inadvertently been the architect of England’s triumph over Germany.

By the time his school celebrated its 400th anniversary in 1951, he had given it a new sense of purpose and identity, and of rigour. Today, he would, I hope, have been called a ‘super-head’ and given a knighthood. But in those days exceptional teachers were taken for granted — though his boys never forgot him, nor he them, and many of us became friends for life.

Nigel fought with politicians. They didn’t like his attitude to catchment areas or the radical way he worked — he would not be bound by rules if they prevented him achieving better results.

He admitted late developers at the ages of 14 and 16, repudiating the notion that a boy was written off if he had failed the 11-plus. And when, in 1976, a clever girl asked to study Latin and Greek in the sixth form to help her get to Cambridge, he broke a 425-year tradition to give her the chance. Three years later, she went to Cambridge, along with me and numerous others.

When I joined the school in 1971, Nigel was in his third decade there, and a terrifying figure to a small boy. At my interview, though, he was kind and charming — he made a point of getting to know all 650 pupils on the school roll. On our first day he gave a short but inspiring lecture to the new boys that has stayed with me all my life. We were told, quite rightly, how lucky we were, but also how we were expected to prove we deserved to be there. He said that if we made the most of the opportunities the school gave us, the world would, indeed, be our oyster.

He retired aged nearly 67, with the greatest reluctance, having convinced me I should apply to read English at Cambridge. But such was his sense of vocation that he soon resumed work as a maths teacher at an independent girls’ school in London, stopping years later only when his headmistress found out his real age and, as he put it to me, ‘feared I might drop dead on the premises’.

He believed that education never ended. He devoured history books and, in his retirement in the genteel resort of Frinton-on-Sea, regularly lectured the local historical society.

Aged 95, widowed and living alone, he cooked me a Sunday lunch and told me his secret was to keep going. ‘You may think because I am a very old man I sit around and watch television all day. I do not.

‘I get up and do the Sudoku puzzles and the cryptic crosswords, then start my historical reading. I go for walks. I play bowls. I listen to Beethoven. And many of my old boys come to see me.’

Little wonder we thought him indestructible and why, despite his great age, we are shocked he has gone. It is like losing a father. Nigel was one of a generation of great teachers in a system that prized excellence. By inspiring their pupils and making them believe that with hard work anything was possible, they did the greatest service to Britain. Some are like that today, but there are precious few in a state sector suspicious of academic excellence and therefore destructive of social mobility.

He spent the last decade or so of his headship fighting against the campaign to close grammar schools.

In his last years, Nigel was angry that politicians of all parties, as he saw it, had betrayed the grammar school ideal that he had done more than most to encourage. It particularly nauseated him that some of the most powerful advocates of the destruction of these schools were Labour politicians who had reached high office only because they had attended such establishments or Conservatives who had enjoyed an even more privileged education.

He was absolutely right. The pulling up of the proverbial drawbridge on social mobility, which has left many people with less chance of moving up the ladder than they would have had in Edwardian Britain, is one of the most disgraceful acts of the past few decades.

I and thousands of men like me are Nigel Fanshawe’s legacy — and not, I hope, a bad one.

He was a truly great man whose fundamental lessons were that selective education can transform individuals and transform a society — and that inspirational teachers are born, not made, and must be cherished.

Thank you Simon for this moving tribute to my father --- Isabel Josey, daughter

An ever grateful student and protégé.

Mr. Fanshawe was an inspiring teacher and a charming man. It was my privilege to meet him and I am so glad I was able to celebrate his 100th birthday with him. I am only sorry he would not have received the 104th birthday card that I sent him. He may be gone but he will never be forgotten.

Rest in peace. He will be missed. 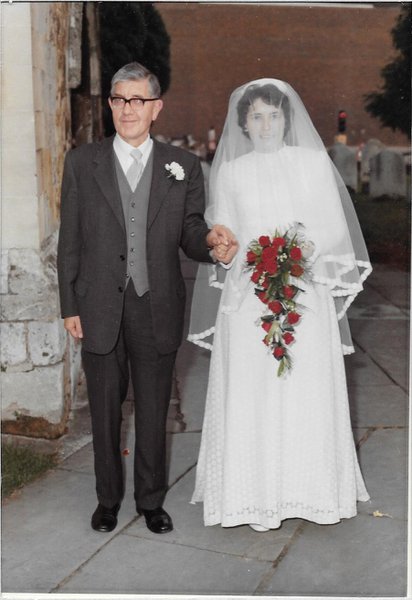