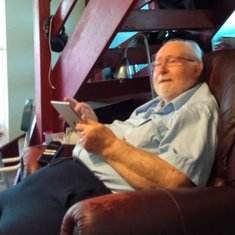 Donate in memory of
Frank VictorDemelza Hospice Care for Children

In loving memory of Frank Victor Fiddyment who sadly passed away on 29th November 2018, aged 80 years, following a brief illness.

He leaves his children Helen (David Pellant), Simon (Penny Snowden) and Lucy plus 3 grandchildren Charles (Raphaelle) Johnson, James Johnson, Eddie-Jay Dufton and many, many close friends. He is preceded by his wife Wendy (Randall) who died in 2016.

Born and raised in Chatham, he was the eldest son of Frank Victor and Mary Charlotte (Still) Fiddyment.

After leaving school at 15, he started working at the Ford garage on Luton Road in Chatham, at the same time courting his future wife, Wendy Randall. He met Wendy at a church youth club in 1957, offering to carry the record player the club used so he would have an excuse to talk to her. He would later tell stories of having to take Wendy’s younger sister, Pauline, on dates to the cinema, where Pauline would sit between the two of them and eat all the chocolates Frank purchased for Wendy.
They were married in 1964, once Wendy had finished her nursing training in London and after Frank’s brief enlistment in the RAF for National Service where he lasted less than 24 hours, his eyesight being too poor for service. He never, however, forgot his service number!

Working now for AEI cables in Gravesend (later to be GEC Henley) the family moved to Upchurch in 1970 where the whole family became involved in village life.

Frank was a founding member of the “one o’clock club”, so named because they met at 1pm on a Sunday in The Brown Jug, an organisation, originally based on friendship, that raised money for village organisations through events particularly the annual village Fireworks display and New Year’s Eve dances. He was also a school governor and cub scout leader, bearing his cub name of ‘Hathi’ with a pride only matched by the original Colonel in the Kipling story. It was the end of an era when he, along with Jim Harman, decided to stand down from reading the names on the war memorial on Remembrance Sunday.

Although his health was poor in later years, he continued to enjoy the friendships he had made over the years and he was genuinely humbled by the number of people who rallied round to drive him to hospital appointments and to visit Wendy in her care home.

His funeral will be on 7th January 2019 at 14:00 at Garden of England Crematorium, Sheppey Way, Bobbing, Sittingbourne, Kent. ME9 8GZ.

Family flowers to John Weir, Rainham by 12 noon.
Donations, if desired, for Demelza Hospice Care for Children may be made on-line via this site

Frank gave me a job 44 years ago and I still have it. Truly one of the loveliest people I have ever met and I feel privileged to have known him. 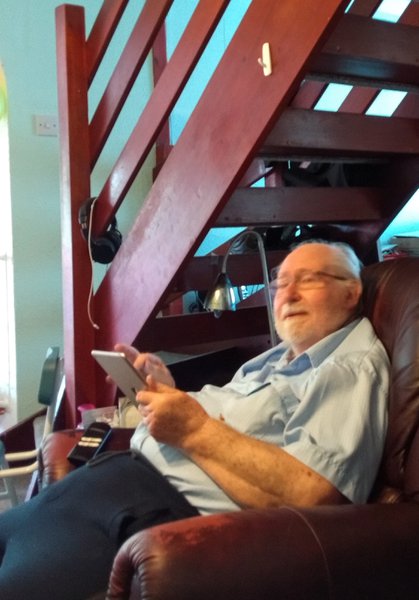