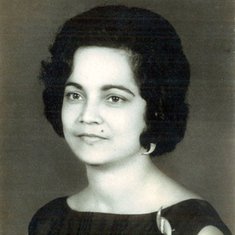 Dear Fausto and family,
Our deepest condolences on the passing of your dear mum, Flora, whom we had the pleasure of knowing and socialising with. We pray that fond memories that you cherish will help you bear your sad loss bravely.
In sympathy,
Loretta and Alarico Vaz

norman d'costa is attending the funeral

Remember the days when we would have our tete a tetes. She always had something interesting to share be it some recipie or flower making etc. She made the most of every siuation and would never let anything get her down. She will always be remembered in a special way.

Dear Fausto,Your mum was a loving and a caring human being with a joie de vivre. Her memory will remain etched in our hearts. May her soul R.I.P.

A flower has left for her heavenly abode.
Like her, may we too spread love and joy to those around us.
Sara Barros & family

My last farewell to a strong woman who braved all kinds of storms. Rest in Peace my youngest aunt Zelia

Lovely text - a real tribute to your mother Fausto. Treasure all these memories.
Love
Mesquitas (Lisbon)

Janice Monteiro is attending the funeral and the reception

Paulo Dias is attending the funeral and the reception

We were privileged to have met your dear mother and being friends with you all for so many years.

I still remember your first phone call to me from your aunt’s place and some of our first meetings when we realised we had so many relations and friends in common.

Dona Flora immediately became a most dear, especial, respected and loving lady to us. She knew my mother, my father and my in-laws. In fact, I think she knew the entire Goa. It was amazing and she always had fond memories of the past to tell – realities of life. We have learned and laughed so much with her, moments we will cherish forever.

She also became a wonderful companion to my mother and my mother-in-law, in London, for so many times the three of them would just go out together exploring the streets and markets of London and would return with so many things to tell, of what they saw and what they bought and how smart Dona Flora was with her bargaining skills.

As she was so agile and smart, nobody would believe her age and she looked not more than 65. Her culinary skills were out of this world and I will miss her dishes and her lovely soups which she used to prepare with so much love and dedication.

We all know that Savira and you did your best to accommodate her rapid decline. Nothing else could have been done to keep your dear mother comfortable and peaceful on her last days.
I still find difficult to believe and I think the reality of her passing will take some time to settle but I am sure she is now in a much better place being welcomed and shown around by your father and her mother, both of them she missed terribly.

May we find comfort in knowing that we will meet her and all our dear ones again one day.

She lived well and you made her very happy.

We will miss and we will never forget her. 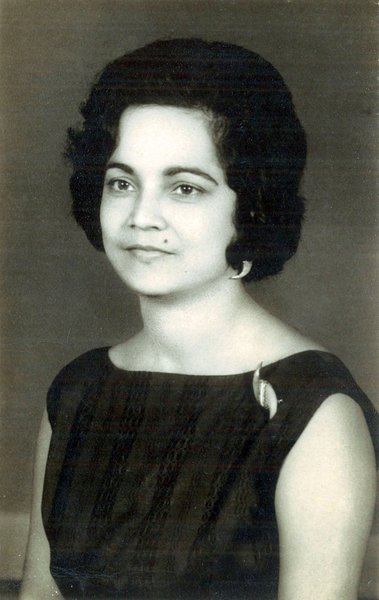