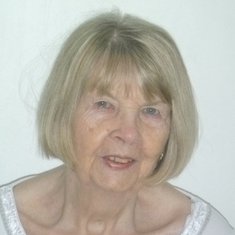 Donate in memory of
BarbaraParkinson’s UK

In loving memory of Barbara Mary Bolton who sadly passed away on 10th November 2018.

Barbara was born to Kathleen and Walter Jayes in Ettingshall, Bilston, West Midlands. Barbara's mother was one of 11 children and Barbara would tell how much she enjoyed family parties at Christmas and new year. Barbara has a younger sister Valerie who she would look after and take to the Saturday morning film shows at the Odeon cinema in Bilston.
When Barbara was 13 her father sent her for private shorthand and typing lessons on a Saturday morning to the Queens Business College in Wolverhampton. When she was 15 she went full time to the Wulfrun Collge in Wolverhampton to further her studies in Pitman's and commercial subjects. That is when I would first have seen her as I was on a full time engineering course and during break times the 'secretarial girls' would walk into the refrectory watched by the engineering students. I would also have seen Barbara at the presentation of certificates held at the Civic Hall Wolverhampton on the 7th March 1961. On page 12 of the programme was Bolton, Ronald and on page 14 Jayes, Barbara. Looking now at Barbara's three end of term reports she had very good reports for her typing and shorthand, her behaviour was reported as excellent but spelling needed a little improvement.

Barbara started work at Tarmac (today this is Carillion) and was embarrased at the wolf whistles she got when walking through the drawing office. She eventuallu went off to work in London for 2 years.

It was not until January 1971 that I eventually met Barbara. She came back to work in Birmingham and a mutual friend Carol brought Barbara along to the Monday night disco at the Park Hall Hotel, Wolverhampton. Arranging to take her out the following Wednesday, I knocked on the door of No 37 as she had told me. 'Oh she does not live here' said the lady who opened the door, 'she lives at No 39'. I did not take the hint. We went out to a pub which had previously been a watermill near Bridgnorth. I will always remember her dress. It was a short white crochet dress and she looked absolutely gorgeous. We got engaged in 1972 and married on 25th March 1973 at St Michael and All Angels Church, Tettenhall, Wolverhampton. After 2 weeks of married life I had to leave to start officer basic training with the Royal Air Force. I did get home most weekends but it was not until I was posted to the RAF College at Cranwell that we had our first house together. It was a large house normally allocated to a squadron leader but it was on a closed down station near Newark. Barbara was not impressed with the regulation curtains at the windows so our first purchase was new curtains followed by a fridge freezer and an automatic washing machine.

One day I came home from Cranwell to be informed that Barbara had got a job 'working for the enemy'?? She explained that she was to become secretary to a Colonel at the home headquarters in Newark of the 17th/21st Lancers (the Charge of the Light Brigade regiment). One experience I will always remember was when we attended a concert in Lincoln Cathedral given by the regiments band, a very memorable experience.

After Cranwell we moved to RAF Finningley near Doncaster and then after only 6 months to RAF Leeming in North Yorkshire. We bought a house in Ripon and Barbara was now expecting our first. Helen was born on the 11th August 1975 in the cottage hospital in Ripon. Just before Helen was born, Barbara went into Ripon hospital for a rest. As the ward she was in looked out into Ripon swimming baths , I arranged to go swimming on the Sunday morning and stand on the side of the pool and wave to Barbara as she stood at the window. When I saw her that afternoon she said it was rather nice of you ALL TO WAVE. Apparently there were 4 hunky chaps standing behind me also waving to her!

Just before I left the RAF in 1978 Philip was born in Harrogate General Hospital. We moved to Merley, Wimborne in 1979. Barbara became a dinner lady at Merley First School when Philip was there and later when Helen and Philip were older she went back to secretarial work part time.

In 1984 we moved into our current house in De haviland Close. The house was initially taken off the market so we made an offer on another. I went of on business to Los Angeles. While ther I had a phone call from Barbara to say that the second house we had made an offer on had been withdrawn from sale but No 4 had come back on the market and she had BOUGHT IT!!

For my last 4 years of working life we moved to Weston Super mare where Barbara became a volunteer at Weston Hospital and later at Weston Hospice Care. She thoroughly enjoyed her time at the hospice. On one occasion she took part in a 3 mile midnight walk along the beach from Uphill to Weston and back. Over 1000 people took part and raised over £100,000 for the hospice.

In 2008 we moved back to our house in De haviland Close and Barbara would have taken up more voluntary work but that was not to be the case due to a serious illness in 2009 from which she made a remarkable recovery thanks to Poole General Hospital.

Barbara and I had many happy holidays together and traveled abroad a lot however her favourite place was Dartmouth in Devon which we visited many times.I will always remember those happy times we had together.

Barbara was a very loving and caring person with a wonderful sense of humour. I witnessed her on a number of occasions going to the help of complete strangers who were in distress. Barbara loved her grandchildren and was always happy to look after them

She was my Barbara . We will so miss her. God bless her.

A few amusing memories.
RAF Leeming hosted the Duke and Duchess of Gloucester. All wives attended a gathering in the officers mess to meet the royal couple. One of the ladies loos was prepared and reserved for use by the Duchess. Barbara went and used it and got told off, nearly sent to the Tower.

Golden Gate Bridge San Francisco. Car park overlooking the bridge, Hispanic traders illegally selling their wares. Into the car park drives a highway patrolman. Traders start to quickly gather up their wares,HELPED BY BARBARA, and jump over a small wall to hide. Val's husband Dave and I had a chat with the smiling officer. Barbara was not arrested.

After working in Birmingham she went back to work as secretary to the personnel director at Tarmac. On one occasion she had to go and work for a short period in Tarmac's offices in Wolverhampton. She was not impressed with the 7-8 storey building and asked her boss, 'who built this awful building' 'We did' came the reply OOOPS.

Offline donation: Cheque given by Mr Bolton to cover cash handed to him donated in memory of Barbara

In memory of my dear friend, Barbara. 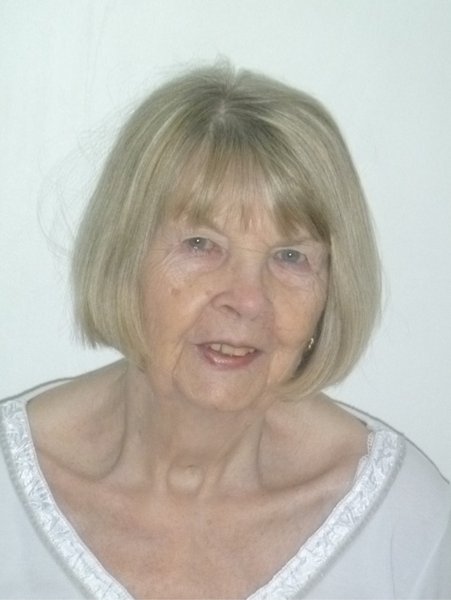