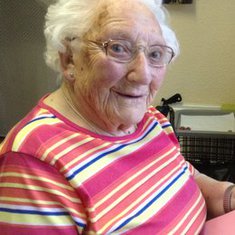 Donate in memory of
RubyRoyal National Institute of Blind People

In loving memory of Ruby Weston who sadly passed away on 9th October 2018 at Avon Court Care home in Chippenham where she was recovering from a recent fall which resulted in an operation to repair her ankle.
Ruby was born on 4th September 1924 in her family home in the village of Neston.
She was an only child as her parents had her late in life. She met her husband at a local dance and after they married lived with her parents for 5 years until a house in the village became available where she remained for the rest of her life. A daughter was born and was 3 months old when they moved in. Nine years later they had a son and her family was complete. (Valerie and Keith)
All her life she struggled with poor sight but it never stopped her doing the things she loved. Ballroom dancing was her first love, she also enjoyed making cakes for special occasions and decorating them to a professional standard, these became popular with the local people.
When she left school she worked in Hardings in Corsham, (which was opposite the Methuen Arms) when the war broke out she volunteered for the St Johns Ambulance brigade which she found very rewarding. Following this she was on the milk round in Corsham and later in the supermarket in pickwick road which was then Mace.
Most people will remember her from the 17 years she spent in Hawthorn Stores.
She was not a traveller and enjoyed a quiet life with her much loved family especially after losing her husband in 1981. She adored her four grandchildren and was close to her own children. She had many friends and kept in touch with them even after her sight and mobility stopped her going out.
Her funeral will be held on Thursday 18th October at Semington Crematorium - a simple service and no wake, which were her wishes. Family flowers only and any donations to the RNIB
We will all miss you mum, rest in peace along with dad as was also your wish.

Such a lovely lady.RIP Ruby

To the best mum ever, Keith and I will miss you. All our love always

Rest in peace mum, we miss you xx

Ruby ..sorry to hear of your passing. Andy and I are on holiday but our thoughts are with val keith and families at this sad time.. sleep tight x 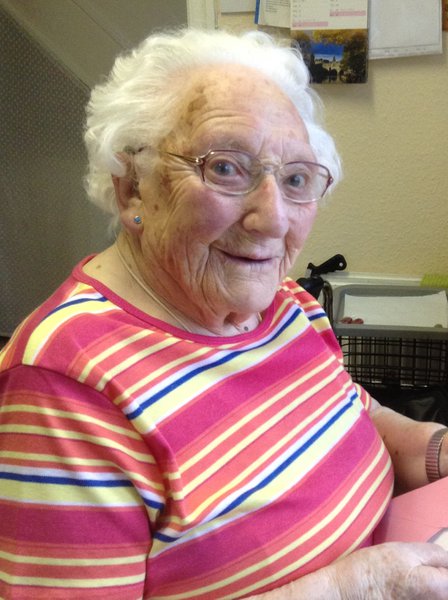