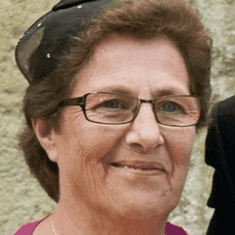 In loving memory of Hilary Pearse who sadly passed away on 27th September 2018
Hilary was born on the 29th August 1954 in West Hartlepool, she was generally called Hils, or Cookie (because of her cooking skills) or more recently as Wonder Woman by her care worker colleagues.
Hilary went to school in Calne where her parents moved to from Hartlepool County Durham, and later moved to Melksham where she finished off her education, after which she started a career in nursing at Semington Hospital.
When I first met Hilary in 1975 she had changed jobs and was a line manager and union rep at Buxted chicken factory in Sutton Benger. We often met up in the Vintage Inn pub at Sutton Benger, a place I frequently visited when on leave from the Army. Then baby Claire arrived, so I popped the question and we married in 1976 in the registry office at County Hall Trowbridge, followed by a small reception at the Riverside Club in Melksham. Our honeymoon was a week in Avening, Gloucestershire at my Aunties house while she was on holiday, thats because we could not afford a proper one after paying out for the wedding ourselves.
We had to live with Hilary's parents for a short while until we got a house of our own, which was only a few hundred yards down the road. You should have seen Hils and I moving all our belongings using Claires pram which included a three piece suite that we had stored in her mothers outhouse.
Soon after Garry arrived and that was the start of a very happy marriage, for which we worked hard to give our kids the best life that we could afford. Later Hilary enjoyed the arrival of her grandchildren one by one, which soon totalled eleven but sadley one of them passed away which really upset Hilary. There is another grandchild yet to be born for whom she was halfway through knitting a cardigan, and unfortunatley wont be there for him.
Hilary worked as a cleaner for Melksham House and George Ward School, she also cleaned at the Midland Bank, and did outwork at home putting felts on tennis balls for a company at Holt. As the children got older she gave up on the outwork and cleaning to become a cook at the Rising Sun pub in Lacock. During her time there she became very popular with the customers and even got the pub into the good food guide. Hilary was also asked to fill in as a cook for the Bell Inn at Lacock to help them out for a few weeks. She joined the Lacock & District Darts Leauge playing for the Rising Sun and later for the Bell Inn, during which time she won numorous medals.
Hilarys next career change was to turn her hand to the care industry where she started out working for Baileys Agency. This was something she enjoyed with all her heart, and would quite often take on more work than she could cope with rather than let her clients and employer down. Her work took her all over the county, one day in Bath the next in Salisbury then on to Malmesbury followed by Frome, next to Marlborough and back to Westbury and so on. Finally all this led to her being injured by a client at work and resulted in an operation and over a year off work. Because of this she decided to start back by working in one place, and that was to be Voyage Care in Trowbridge. She worked here for about eight years and was really happy there until she became too ill to carry on and retired early. The variation in the types of skills and training along with the qualifcations required to carry out the work she did in the care industry was underplayed by Hilary, because she was more intelligent than she ever let on. But that was Hils, she put her heart and soul into every project she undertook, wether it was cleaning, cooking, caring, or knitting a cardigan with hat and mits for a colleagues baby. She was even a shoulder to cry on when anyone had a problem, she never took sides and was always a good listener for those who had problems. What ever you spoke to Hilary about you could be sure it would be in complete and utter confidence and would go no further.
Hilary had a big heart which she shared with anybody and everyone that she was in contact with, until she could give no more and her heart finaly rendered its last beat.
RIP Hilary.

Rest in peace you will be missed by all xxxxxx

💖 A truly beautiful, caring, compassionate soul, who will continue to shine bright. You meet many people in life but sometimes you are lucky enough to meet someone who will have a special place in your heart always💖

Nor Greenwood posted a picture 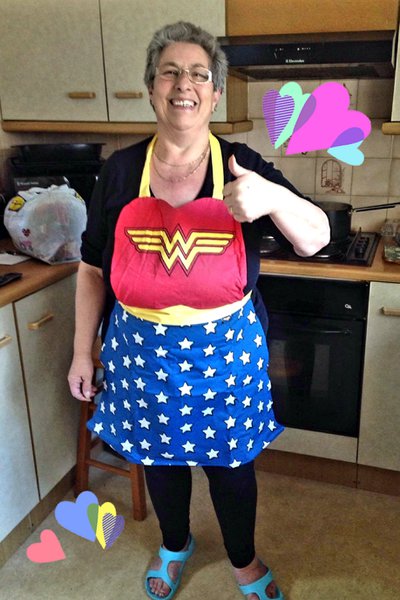 Hils....I can't think of you without a smile on my face and an ache in my heart 💔 'Grief is the last act of love, where there is deep grief......there was great love' Fly high Wonder Woman 💞Till we meet again 💘

The words above are no truer words spoken. Hils you are beautiful inside and out. Rest peacefully next to that biggest shining star xx❤. My thoughts are with Bob and your family.

Christine Hancock is attending the funeral and the reception

Emma Jacques-Breen is attending the funeral and the reception

Garry Pearse is attending the funeral and the reception Hils....I can't think of you without a smile on my face and an ache in my heart 💔 'Grief is the last act of love, where there is deep grief......there was great love' Fly high Wonder Woman 💞Till we meet again 💘 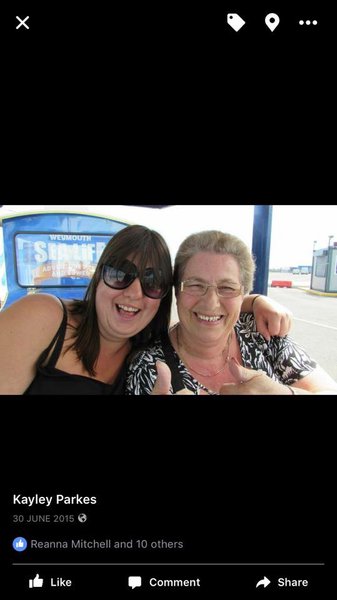 Words can not every express my love for you. Not just a really good friend but like a Nan to me. I will forever cherish the memories, until we meet again. I love you so much 💗 xx