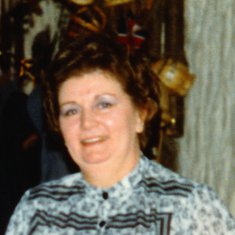 Joan was born on the 5th March 1931 in Dulwich to Ellen and Walter, a factory worker, the first of their three children and followed by Brian and Maureen.

The family moved to Battersea when Joan was 3 years old and little is known of her early life, although as a child growing up in the London area she would have experienced the bombing raids, shortages and rationing of the Second World War.

As the eldest, Joan would often find herself in the role of substitute mum especially to Maureen who had appeared 19 years after Joan. Joan was as much of a mum to Maureen as Ellen was and if there was a school open day or a comforting presence needed on a visit to the dentist, Joan would be by her side. Joan was not only a huge influence in Maureen’s early life but would come to be instrumental in her future life and happiness, as we shall hear later!

After the usual education of the day, Joan’s first job was at Freeman Hardy and Willis, as a shoe sales assistant, but she soon found her niche as an office filing clerk which she did for the rest of her working life.
The fifties saw the birth of rock and roll and with a lively and bubbly personality she didn’t need any coaxing to get up and dance the night away. She was also a good ice skater and would go to Streatham Ice Rink where there was a good crowd to mix with.

It was in the early fifties that Joan met Roy Jones, a milkman, who was immediately bowled over by this fun loving girl with plenty of get up and go, and in 1956 they were married, beginning 49 very happy years of marriage.

They never had children and so were free to live the life they wanted. They both worked hard but they played hard and they joined many social clubs, notably the Progressive Club in Tooting where they were members for many years, giving Joan, who loved getting dressed up, especially in her favourite colour red, with plenty of excuses to shop!

Roy idolised her and she could do no wrong. He admired her spirit and her endless capacity and energy for life and they formed an unbreakable bond, each thriving in the other’s company. It’s an overused term nowadays, but they became true soulmates.

Holidays were high on their list and although they went to Europe on a couple of occasions, their favourite destination was Jersey where they went several times a year, especially enjoying Christmas there when they would meet up with the same group of friends at their regular hotel to celebrate.

Joan was the life and soul of any party. At her happiest among friends and family “raising a glass” she was generally the first at the party or in the bar and the last out! When most would be ready to throw in the towel and go home, she would be saying “No, the night is still young!” She simply didn’t like to go to bed. Maureen says that she is the only person she knew who would come back off holiday whiter than when she started.

It was at the hotel on Jersey that Joan first met a very personable young Italian barman called Carlo Fantini, who, over many late nights at the bar, impressed her with his manners, conversation and good humour. Having hinted to him on one such occasion at 2a.m. in the morning that she knew a woman he would like to meet, she secretly hatched a cunning plan to play matchmaker with her young sister Maureen in mind. So an unsuspecting Maureen was invited on one of the Jersey holidays and introduced to Carlo, and, as Joan clearly foretold, the rest is history!

Asked what Joan’s favourite drink was, Carlo smiles and answers with tongue in cheek “Anything!” “It all depends on the season!”

In due course Carlo and Maureen married and made her an Aunty with the birth of their children Paul and Jason. Joan was over the moon and she exercised an Aunt’s prerogative to enjoy them without the responsibility and set about spoiling them rotten at every opportunity! When it came to the presents at Christmas, they would rush to open Joan’s present first as they knew she would always go to town, sparing no expense, and Jason particularly will never forget being taken by his Aunty Joan to the US when he was 16.
When Joan and Roy retired, they could look back on a good life where they had made every day count. They had invested everything in each other and had an expectation of many more happy years together without the burden of work.

But it was not to be and when her beloved Roy passed away in 1995 after only 18 months in retirement, Joan was lost and the light in her faded.

However Joan’s own last years were lived, she would always have been unhappily resigned to a life without her soulmate, and so when her time came we should look for consolation in the fact that Joan was released from the deep unhappiness of living a life without Roy who, perhaps, she had decided she missed more than life itself.

Words cannot describe how much we loved and will miss Joan. Collectively as a family we cannot remember a time when she was well when she didn’t put a smile on our faces in her happy-go-lucky way and this will be her legacy, and the way we will always remember her. We are sad today but yet take comfort that Joan is now where she really wanted to be, reunited with Roy.

God bless you Joan and Rest In Peace. 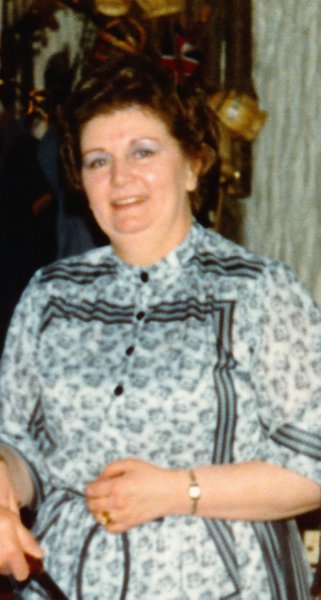