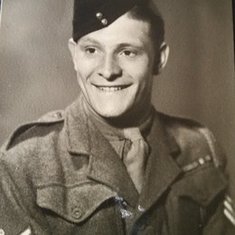 As we come to reflect today we might see that there are many differences between a funeral for a younger man and one for the man of Richard’s age. One, of course, is that he has outlived almost all his friends and a fair proportion of his relatives; he has literally outlived most of his contemporaries.

Of course it is difficult to establish the details of his early life. In addition it is almost impossible, in just a few minutes, to portray, in words, the life of a man who has lived for a full 92 years - and no depiction, no matter how good, will be a complete reflection to you who knew him. All we have done is sketch his picture and ask that you fill in the colours to complete the portrait with your own memories.

In a moment I am going to share a few memories of Richards’s life as recalled by the family and then ask Paul to come and share some of his memories but before I do might we reflect for a few moments on the context of his life. The era in which Richard was born was very different to today, 7 years after the end of the First World War he would have been in his mid-teens as the second world war broke out, Richard would have known all about bombings and hardship and rationing and survived through it all.

1925 would see the first covered double decker busses, John Logie Baird transmitted the first television image and it would be the year Alfred Hitchcock would finish his first film. Despite being called the ‘Roaring 20’s’ the UK economy spent much of it in depression - average earnings were little more than £150 a year, a pint of beer would have been 5p and houses could be bought for around £350, even in London.

Richard shared his year of birth with: Bill Haley, Ernie Wise, Richard Burton, Nat Lofthouse, Peter Sellers and political heavyweights Robert Kennedy and Margaret Thatcher. He grew up in a different era and throughout his lifetime would have faced many challenges and changes.

So Richard Swainson came into the world on 27th October 1925 born to proud parents Edward and Edith, the family home was in Great Yarmouth though Richard’s parents were from Bermondsey in London. Richard came into what was an already large family with older siblings: Teddy, John, Dorothy and Peter and younger siblings: Ella, Edith, Albert, Stella and Shirley – he is survived by older sister Dorothy who at 95 is living in Canada and younger sister Shirley who is in the US. We can only imagine how busy home life was and the things Richard had to contend with!

During Richard’s childhood he had the usual hardships that most of the country endured since the end of the First World War. As mentioned we have little information about Richard’s childhood as it was very little talked about. Most information about his life was picked up by the family from when the 2nd World War started and onwards. Richard like many children was an evacuee and was moved to the countryside into a small farming village close to Yarmouth. Here Richard worked on the farm as a Horseman and tended to the farmers horses which in the mid-forties were used to plough the Fields, as fuel for tractors was limited. Richard used to tell how he loved eating raw Turnip while working with the Horses in the fields.

In 1943 the government of the day restricted a lot of occupations due to manpower requirements in the Armed Forces and the coal mines. Richard decided that he didn’t want to become one of Bevan’s boys working in a mine after working so long in the fresh air. So in the January of 1944 Richard signed up to join the Army; he was initially sent to Maryhill Barracks in Glasgow to do his basic training. Once that was completed he was then stationed at Leamington Spa to do his battalion and divisional training before being sent to Normandy in France. Richard did his bit for the country and served throughout the rest of the war, we have no idea of the hardships endured or the things he saw, he also suffered the loss of his brother Teddy in 1944 who was fighting in Italy.

When peacetime came, as the war ended, Richard signed on and continued military service in the Military Provo Staff Corps – the MPSC, working in the military prison. This he did in Colchester, Shepton Mallett, Egypt, Malta and Germany. It was, of course, whilst in Germany that Richard met a young lady of only 16 who had come to Germany with her family as her father ‘one of the Devon’s’ he was one of those serving to help reconstruct Germany after the war. This was Barbara and they met in the sergeant’s mess at a social event – the rest, as they say, is history as Richard and Barbara were married on 22nd May 1948 in Bielefeld (Belefeld) Germany. In 1948 Paul came along and in 1955 their family was completed with the arrival of Norman.

On leaving after giving 27 years’ service Richard and family returned to York where they settled with Richard finding a job for Granada TV, in time working his way up to become an Area Manager. Retirement saw Richard and Barbara moved from York to Exeter, back ‘home’ for Barbara in 1994.

It was whilst in Exeter that Richard avidly took up Green Bowling both indoor and outdoor and he took to it like a duck to water, greatly enjoying his new found hobby and playing for many years despite his increasing age.

After Barbara’s sad passing in 2010, Richard’s mainstay to keep fit was to involve himself in his Bowling. It is fair to say that here and elsewhere he made many friends and has greatly enjoyed his retired life here in Devon.

I am saddened at the loss of my uncle Richard. I went to the crematorium to put flowers on my mum's resting place with my sister and youngest daughter. We then went and paid our respects to aunty Barbara to find that they are now together again. Rest in peace xx 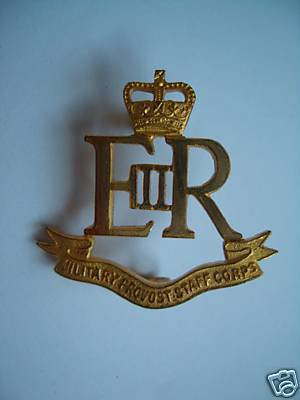 will be sadly missed, Thursday Bingo at Isca will not be the same without you 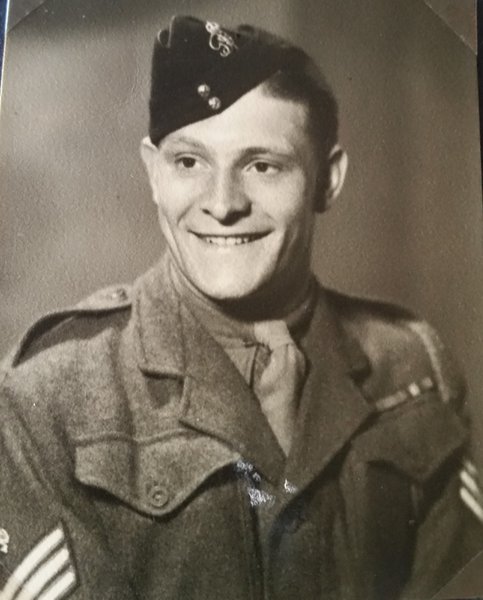