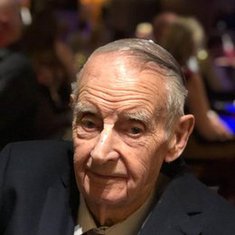 Donate in memory of
KennethNSPCC

Ken was born in Bournemouth, the only child of Eileen and Toby Bevis, but the family moved back to their roots in Blackfield before his first birthday.

He attended Fawley school until the age of 11, and then Hardley Senior school until he was just over 14 in April 1941. His walks to and from school were quite an adventure due to the many air raids. Bright academically, he also represented his school playing football, cricket and athletics. He was a keen hockey and snooker player.

Ken joined Imperial Airways (later British Overseas Airways Corporation) based in Hythe on a temporary basis until he was old enough to be called up. He volunteered for the RAF and was accepted as a reserve in 1944. However the tide of war was turning, and the RAF had too many people waiting, so he was discharged. He then volunteered for the Fleet Air Arm, and was eventually accepted for training as a pilot. In the meantime the Army had been informed that he was waiting call up from the RAF. Consequently, his name was lost in a sea of red tape and he never served in HM Armed Forces.

The BOAC base at Hythe closed in 1950 following the decline of the flying boat, and Ken was then employed by Foster Wheeler who were involved in the construction of Esso Oil Refinery. He subsequently transferred to Esso Chemicals, where he was involved in the production and warehousing of synthetic rubber. Leading up to his retirement in January 1983, he was actively engaged in sales and marketing for the now Exxon Chemicals.

being an only child, he gained two sisters in law and three brothers in law. They were blessed with 4 children, Rob, Liz, Mike and Chrissy, and now have 9 grandchildren and 9 great-grandchildren, all of whom have given them a huge amount of pleasure. Ken and Phyll were married for 67 years, and in all that time were barely apart. Not many couples can boast having two messages of congratulations Her Majesty the Queen! In his latter years, Ken was Phyll’s main and devoted carer – everything he did revolved around her comfort and wellbeing. They became a familiar sight in Lymington High Street, and loved to pop into local establishments for a coffee and a chat.

Ken’s association with Blackfield and Langley Football Club started in January 1952, and continued until May 2008, a staggering 56 years. He was chairman for 7 years, secretary for 15 years, treasurer for 32 years, committee member for 11 years, and was instrumental in fundraising, including sweepstakes and the numbers club, for 38 years. Add to this his involvement with the Blackfield and Langley Social Club for 7 years, all in all he dedicated the equivalent of 110 years to the Club. He was presented with many awards over the years for his dedication to football, including the FA 50 years service award in 2002 and the New Forest Sports Council’s Service to Sport award in 2008.

Ken joined the Ancient Order of Foresters in Fawley in 1955, and was very soon persuaded to take over the office of court secretary in 1957, a position he held for 39 years until it’s amalgamation.

When the children were at school, Ken was involved with various PTAs, and he volunteered for the Hythe branch of the New Forest Opportunity Group as minibus driver and fundraiser.

Ken’s motto was “Put into life as much as you want to get out of it”,

Ken was a kind man, a family man, and someone who believed in getting things done quietly and politely. He was much loved and will be greatly missed.

With our love from Albert, Mark, Angela, Matthew and Jess. xx

Thinking of Phyllis and the family

In memory of my late wife`s cousin Ken, who we always seem to meet together with Phyll, whenever we visited Lymington, following visits to Oakhaven Hospice.

In loving memory of my Uncle Ken, you will be sadly missed

In memory of a lovely man who always made me smile and feel like part of the family. Sadly missed xx

Sad news but what a wonderful life Ken had. 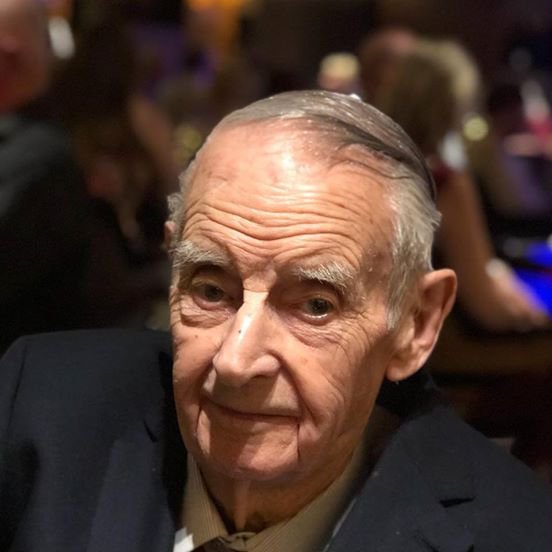