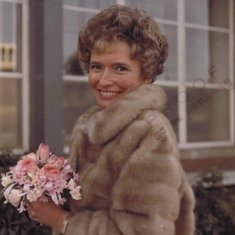 Diane was born on 24th Feb 1946, daughter to Earnest and Lillian Smith. They lived on Church Road Sheldon with all the family close by. She had a good childhood playing with her cousins, walking across the fields to the farm . Diane was then diagnosed with Crohns Desease. She met and married Conrad Hobbins at St Giles Church Sheldon , but sadly the marriage was short due to the death of her husband.
Many years later Diane met Roger Hickman at a dance, they fell in love and married. Roger had a daughter Karen who would come and stay weekends and school holidays. They had many holiday together . Mary and Bill Rogers parents adored Diane as too did Rogers sister Paula and niece Linda and Paula's partner Alex.
Diane and Roger were married for many years but sadly on 1/2/1990 he suddenly passed away. We were all devistated, Mary and Bill took Diane under their wing and on we all went, holidays, christmas, going to each other's houses, we kept each other going. Bill then went into a home then sadly passed away.Diane then supported Mary enjoying holidays to Cornwall , Scotland , going shopping together.garden nurserys . We kept each other going and Diane adored Linda's boys, she was so proud of them.
Diane was a big part of Rogers family we were all so close and looked out for each other, if something was wrong we were only a call away and straight their.
Although Diane had a lot of sadness in her life she lived it the best she could , she did voluntary work because she couldn't work full time, she was in and out of hospital with the Crohns and fought for her life many a time proving doctors wrong. She loved her car and going out.
The last 14 months have been a struggle for us all, Diane was admitted to hospital in Oct 2013 with a relaps . When she returned home she was very weak and fragile Paula suddenly passed away 29th Nov 2013, eight weeks later Mary 11/2/2014, which then only left Diane , me (Linda) and Alex . Diane then took Alex under her wing.Every day Alex would pop down to see Diane keep each other company for an hour. I would pop in during the week , take her out ,do some shopping. Alex would take Diane shopping at the weekend . We looked after each other.
Christmas 2014, was different. Diane always liked Christmas Day on her own, she never wanted to go out but this Christmas Diane wanted to come to mine. I truly believe Diane new she didn't have long .
New Years Eve Diane had a little fall in the flat , she went to bed but on New Years Day had pains in her legs so Alex took her to A&E . Everything was ok . On Saturday 2nd Diane was back giving us her shopping lists.
During the night/ Sunday morning Diane suffered a brain stem stroke, we got her to hospital. The doctors said she wouldn't last the night but good old Diane proved them wrong again. I do believe she chose her moment to go , as she wanted . I also believe she is happy now with the people she loves. One day we shall all be reunited again.

Merry Christmas Diane . Miss you so much , wish you were here with us but I know you are all together again and you are happy .

Merry Christmas Diane . Miss you so much , wish you were here with us but I know you are all together again and you are happy .

Thank you all for your donations at the funeral yesterday.

I'd like to thank everybody who attended Diane's funeral yesterday and for your donations. We raised £51 for the RNLI . Thank you Linda

Diane . I hope we did you proud yesterday. Say hello to mum, nan, grandads and Roger , together again.
Love you all loads 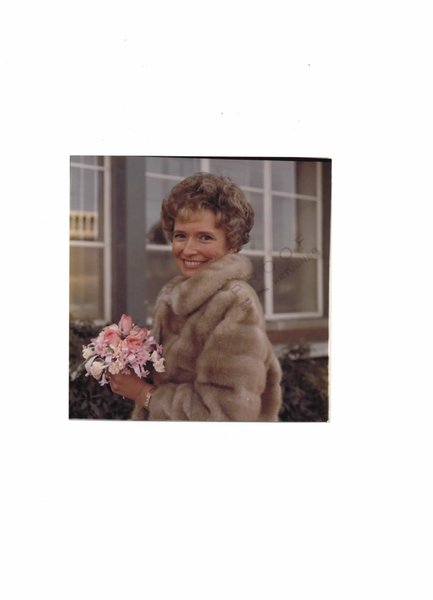