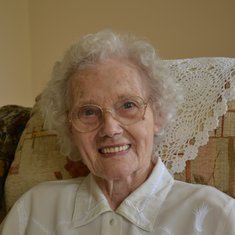 Memories of Marjorie - as read by her son John at her funeral.

We are here today in memory of my mum, Marjorie Blatherwick so that we can share the joy that her life brought to us and the grief that her passing brings.

Mum was 95 when she died. She was born on 22 November 1919 in Nottingham and spent her early years living in Radford with her father, step mother and brother and sister, Denis and Mary.

Mum was a religious person. When she was young she used to attend St Peter’s Street, Old Radford Methodist church and played the piano for Sunday school there. One of her deepest concerns during her stay in hospital before she died was that she had forgotten to say her prayers. I am sure that everybody is allowed a few lapses.

Her love of music continued throughout her life though I am sure she did not think that some of the things that I listened to were music.

Liz and I have spent some time going through old photographs that we have brought back from Mum’s over the years.

We found a photo of their wedding day with dad in his army uniform. This and many more of the photos showed how happy they were as a couple. There are also lots of photos of them and us a family enjoying holidays and time together.

She also had many photos of her beloved grandchildren, Sarah and Michael and always asked me how they were whenever I called her.

After getting married they moved to live on Bathurst Drive where mum stayed until she moved, after dad died, into William Olds Court in 2003.

Mum and dad loved the countryside. At weekends we would often go into the countryside around Nottingham and go for walks. It was during these walks that they taught me a lot about nature. During late summer and autumn we would go picking mushrooms – on a good day we would have more than enough for ourselves and Mum would send me around the neighbours to share out our spoils.

When mum was young she had great hearing. She used to warn everybody when bombers were coming way before the air raid sirens were sounded. Unfortunately, in her later years her hearing deteriorated and even with the aid of two hearing aids she found it difficult to hear. She overcame this problem by starting to lip read – but of course this was only of use when you were with her. It was absolutely useless on the phone. I can remember lots of very frustrating phone conversations for both of us with me trying to get her to hear what I was saying. The more she got worried about not being able to hear me the more difficult it became for us to continue the conversation. Her loss of hearing meant that she was uncomfortable mixing with people and this lead to her sense of loneliness. She looked forward to her daily visit from Sue (her carer), Diane (the warden) and also from Jean who lived across the corridor from her.

Mum started her working life in the offices at John Players and later became a school secretary at Glaisdale and then at a special needs school. Unfortunately, she had to give up work before retirement age to look after my dad who had had a series of heart attacks. Mum devoted her life to dad whilst he was ill, putting her own life on hold. The love between them continued to be very strong.
Over the years they had a number of dogs. The last dog that we had was Trixie, a whippet which mum bought to act as a companion for dad. Trixie was very affectionate and a definite member of the family.

After losing dad mum made friends firstly with John Swinscoe and when he died with Syd Spray. They would go dancing and occasionally on holidays. However, neither John or Syd could fill the gap that dad had left.

Mum was in her element when she was helping others. I think this helped her to stop thinking about her own issues, a problem that she suffered from at various times in her life. I think you could say that mum and those she helped all benefited.

Mum enjoyed cooking and would bake cakes, jam tarts and mince pies for friends and for bring and buy sales. I have fond memories of coming home from school for lunch in the winter months to a warming bowl of home-made soup. Hher cookery downfall was that she used to overcook vegetables, at least in my view. I think this might be a common problem with people of that generation. Mum was still cooking three or four meals every week up until her hospitalisation.

Mum’s period of suffering was relatively short and she passed away peacefully in her sleep.

We will always love and remember her and the good times that we had and will miss her deeply.


Poem/prayer selected by Mum to be read at her funeral:

O Great Spirit,
whose voice I hear in the winds
and whose breath gives life to all the world,
hear me.
I am small and weak.
I need your strength and wisdom.

Let me walk in beauty
and let my eyes ever behold the red and purple sunset.
Make my hands respect the things you have made
and my ears grow sharp to hear your voice.

Make me wise so that I may understand the things
you have taught all people.
Let me learn the lessons you have hidden
in every leaf and rock.
I seek strength not to be greater than my brother or sister
but to fight my greatest enemy, myself.
Make me always ready
to come to you with clean hands and straight eyes
So when life fades as the fading sunset
my spirit may come to you without shame. 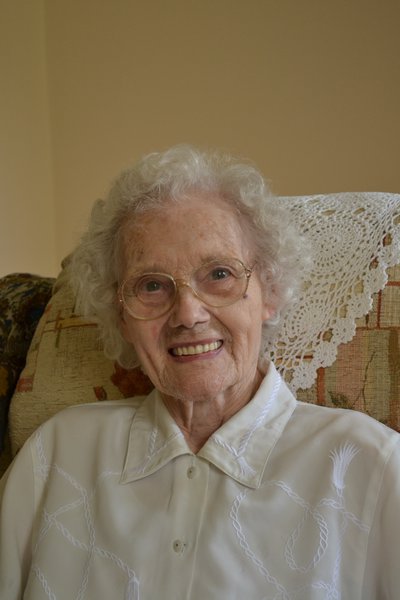