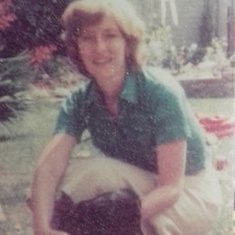 In loving memory of Jean Cook who sadly passed away on 10th July 2018.

Much loved wife of Barry, Mother to Jackie and Paul, Grandmother to Alex, Celia, Pippa, Hetty and another due before too long and brother Jim who still lives in New Earswick.

All your pain and suffering has now ceased, there was another bright star in the sky last Tuesday night. R.I.P.

Jean was born in York and lived in the local village of New Earswick , went to the local schools in the village and York College of Art.

She met Barry from the Royal Air Force in 1964 and they were married in 1966. In 1968 they moved to Surrey where they lived happily ever after.

She worked for British Rail in York in the Architects Office and then in Surrey for a Jewellers in Burlington Arcade Piccadilly, an Electrical Company in Wimbledon and latterly the Regency Bookshop in Surbiton, enjoying every minute.

We also have a retirement cottage just south of York in the village of Stillingfleet which we visited most weekends.

You are greatly missed R.I.P.

Jeans funeral is at Kingston Crematorium on Thursday 19th July at 12.20hrs, but please wear bright colours and donations are preferred instead of flowers.

At a later date she will be taken to Huntington Church in York to be interred with her Mother and Grandmother.

If you have any memories or stories which you would like included in the service, please do add them in the "Write a message" box - many thanks.

In memory of my dear dear friend Jean, a very caring , gentle loving and loved lady, out of pain and reunited with her lovely mum, RIP Jean, never forgotten x

In memory of a lovely lady and lifelong friend, never to be forgotten .

Jean and I have been friends since we were 17. My  first holiday abroad was with Jean when we went to Austria. Two totally unsuitably dressed girls, wandering around the top of a mountain in sandals in the snow. What a brilliant time with lots of laughter. We were bridesmaid's for each other and have continued our friendship over 50+ years in spite of the distance between us. I will miss Jean very much but always remember her with love.

I was so sorry to hear this sad news. Jean was such a gentle and caring lady and I have many wonderful memories of family holidays in Surrey. Jean would always spend time making our holidays really special. She was kind and generous and will be greatly missed. 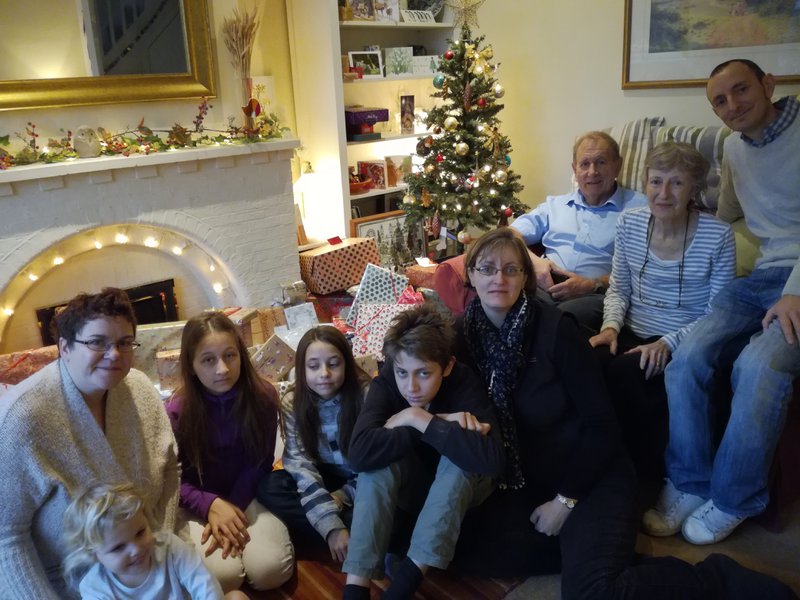 Christmas 2017: our first family Christmas with everyone together in a very long time xx

As we were not a standard 2.4 children family. I was surprised when I was told I had a baby sister. When I met Jean She was a few months old and a rather plump baby. We did not get to grows up together, which is something I regret. So we knew about each other, but rarely met. Eventually we had more contact, and found that we did share interests. We laughed at the outright lies entered by our forebears on record when we researched the family history. Jean favoured the west of England, I was for Scotland, but we loved the countryside. I admired her patience with her dogs, and her knowledge of books. She could recall authors and their books, I could not, but we liked reading. She always seemed calm, I was jealous of that. A good chat and a cup of tea with Jean was a pleasure for my wife and I. I regret we did not more. I miss Jean. 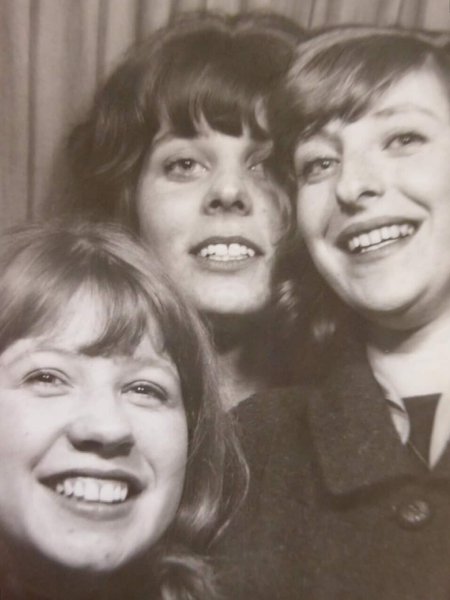 Jean with childhood friends, Janet and Betty - many thanks to Janet for sharing xx

I was at York School of Arts and Crafts with Jean. We were on the same design course, and became good friends. Every Tues I went home for tea with her, then we went to New Earswick "Bob a Bop", we both loved 'jiving'!! Happy memories. but we lost touch. I hadn't been back in touch with Jean, on facebook, for very long. She explained about all her hospital visits, apologesed for not being very communicative lately,but said, "I always read your facebook page, I find it very peaceful" What a lovely thought, I'm sure she is at peace now.

In loving memory of a wonderful neighbour 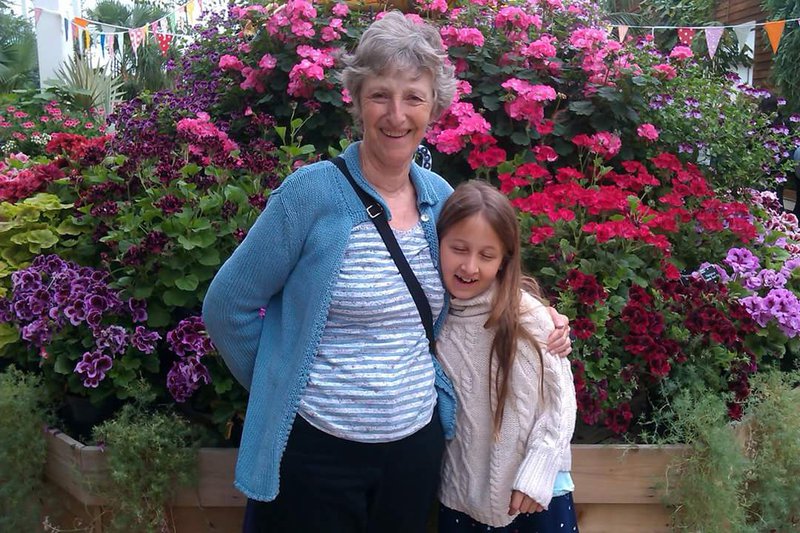 Mum with Celia at Wisley

Jean was always excited to open deliveries of new books to see what had arrived. We would often advise each other of what the other had unpacked. Jean would get the books shelved very quickly. I remember calling out to her about a box she had just finished shelving.
"What was in that last one please, Jean?" I asked.
And from the other end of the shop I heard her bellow:
"Two new Nick Hornbys, a couple of Mary Berrys and a big fat Michaelangelo!".
Up went the eyebrows of the portly chap standing next to her. We spent the whole afternoon chuckling at that.

Pat Freestone-Bayes is attending the funeral and the reception 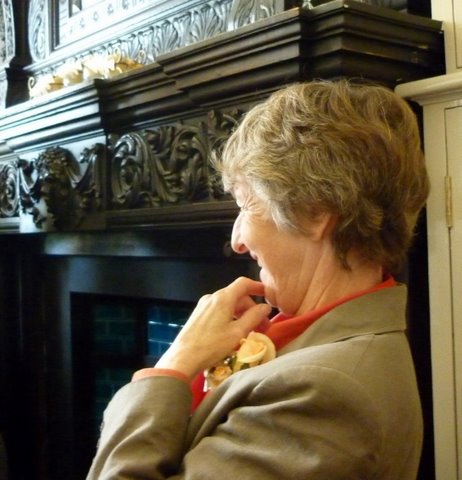 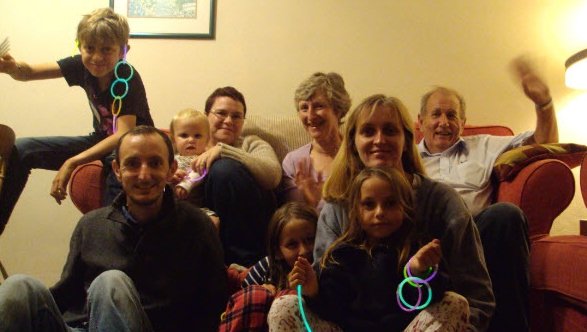 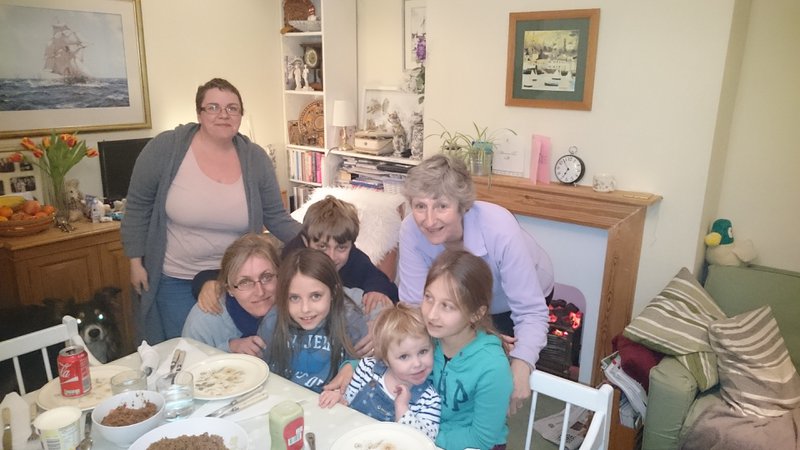 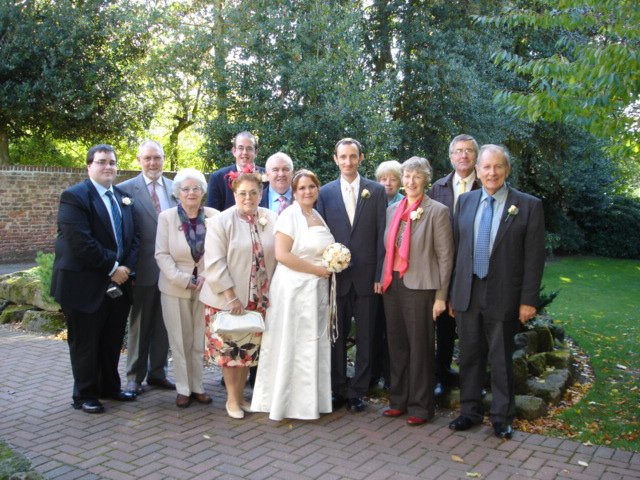 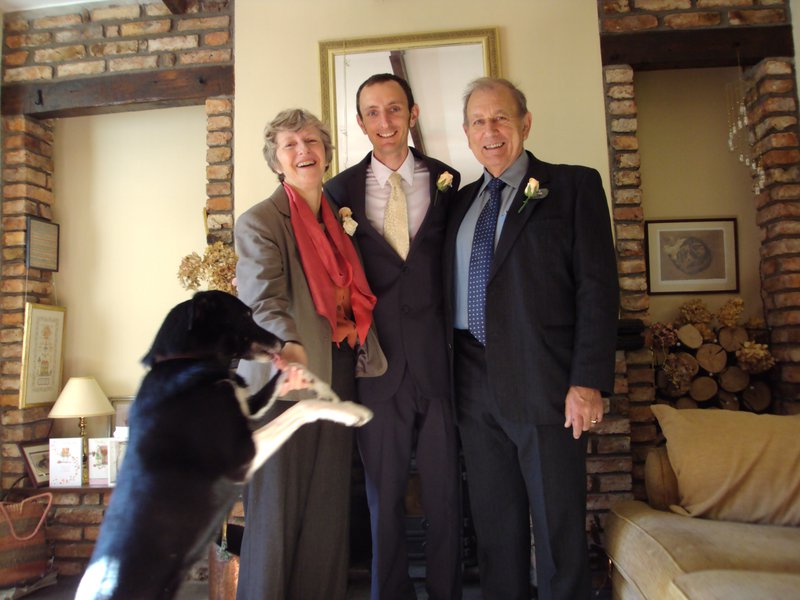 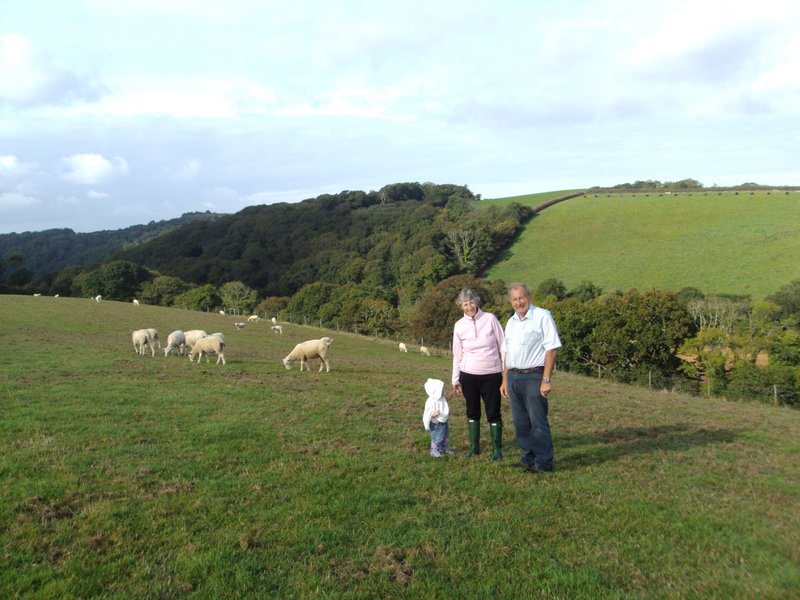 Jackie Cook is attending the funeral and the reception 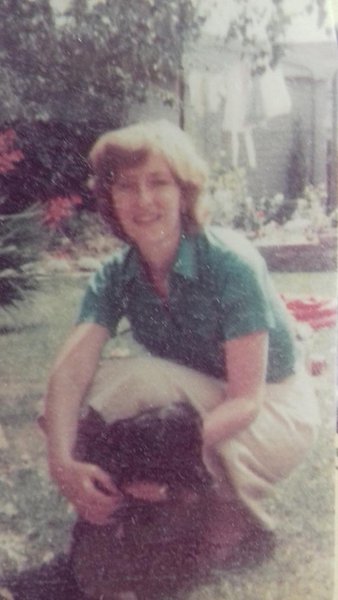 Christmas 2017: our first family Christmas with everyone together in a very long time xx

Jean with childhood friends, Janet and Betty - many thanks to Janet for sharing xx

Mum with Celia at Wisley