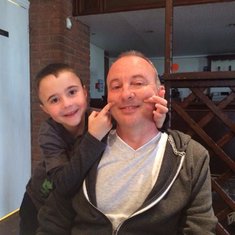 Ian's working career was as a miner, a paint sprayer at the Shoe Co, and as a disco operator for Melvin's Cyclone Disco.
He was with Julie from February 2002, where he helped her establish their current home in Mansfield. They married on the 7th. July 2005
He could put his hand to anything, he brought the 1950's property into the 21st century, converting the 2 bedroom council house into a 3 bedroom to cater for his 2 stepdaughters and his son Nathan who arrived on the 27th July 2006.
He added a conservatory, shortly followed by a shed and a greenhouse. All this whilst attached to an oxygen supply from January 2005 until February 2008, when he received a double lung transplant at the Freeman's Cardiopulmonary Transplant Centre in Newcastle upon Tyne.
From then there was a dramatic change. He was able to function normally and enjoyed his life as a husband and father. In the six good years he was able to achieve many goals, helping anyone with any task.
The final year, because his immune system was failing, he had many setbacks but still put on a brave face. He enjoyed the regular trip to Boothy's Social Club, on Friday afternoons, for a pint of Mild And Bitter.

Offline donation: Mrs A Simmons donated in memory of Ian

Although you were only 7 when I left home to get married I will always remember the good times we all had together at 44 Booth Crescent. Walking with dad down Water lane & playing together on the back garden, especially the games of Cricket with dad trying to keep the garden tidy because we were wearing the grass away. Good times always remembered. Valerie & John

Ian Michael Davies - Son of the late Fred & Betty Davies of Bull Farm. Brother to Valerie, Janet, Gloria, Linda, Susan, Pamela, Richard & Paul. A loving husband, father & Brother. Day to Day you will be sadly missed by all who knew you Ian. Your cheerful and helpful nature always shone through even during difficult times with your health problems. You will always be in our thoughts. Love & miss you always Valerie & John 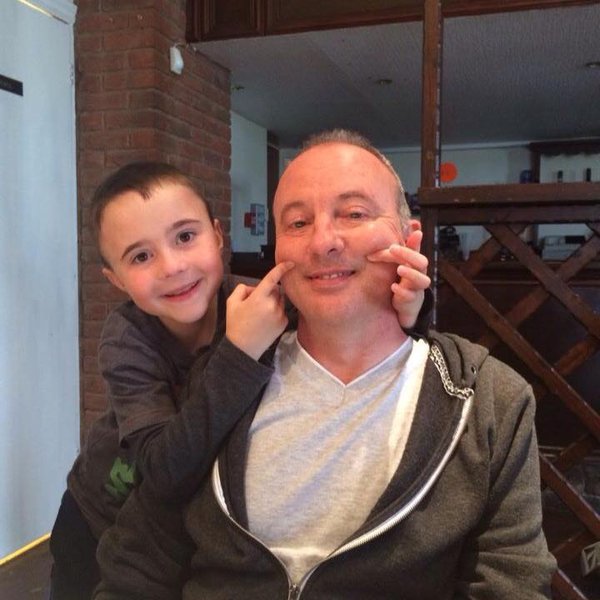