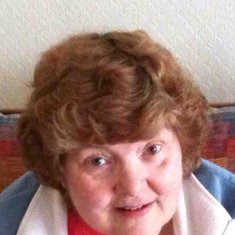 June was born on 26th May 1935 and spent a happy childhood growing up as the eldest daughter of three, on Winstanley Drive Braunstone. Sadly her mother died young when June was a teenager and she had to grow up quickly to look after her dad and two younger sisters. She met her future husband, Derek, when they were both still at school and they married in 1954. Their first child, Glenn, was born in 1955, followed by two further boys, Kevin in 1959 and Andrew in 1965. In 1969 the family emigrated to Australia with hopes of a better life for all. However June never really settled in her new country and suffered a quite serious illness which made her even more homesick. So after much deliberation the family returned to Leicester in 1973 and bought a house on Kirby Road.

June and Derek lived happily at Kirby Road for nearly thirty years. They enjoyed many holidays together, both in the UK and abroad, and June continued to work as a cutter in the knitwear trade until her retirement at 60. She enjoyed seeing her family grow with eventually 8 Grandchildren and 6 Great grandchildren. Sadly after 48 years of happy marriage her beloved husband Derek died, aged 66, in 2002. Later that year she moved from Kirby Road to a bungalow in Wigston to be nearer to her son Glenn and sisters Christine and Mary. Whilst the next 12 years were filled with many happy times there was also a lot of tragedy in Junes life. She lost her sister, Christine, in 2004 aged 66. Then she lost her son, Kevin, in 2008 aged just 49 and then she lost her youngest son, Andrew, in 2011 aged just 46. Andrews death came just 3 months after June was first admitted to hospital with a serious illness and her health continued to slowly deteriorate for the next 3 years. However she continued to enjoy life as best she could and only became virtually housebound in September 2014 following another fairly lengthy stay in hospital. Further tragedy was to arise in October 2014 when Junes first grandchild, Kelly, died aged only 34.

The last few months of Junes life were spent battling illness which was making her increasingly frail but she did enjoy a happy Christmas Day at Glenn's house with some of her family there. On boxing day 2014 June took a turn for the worse and was admitted to hospital. She passed away peacefully on the morning of 2nd January with Glenn by her side. She made it very clear in the last days of her life that she had no regrets and believed she had lived a good life and she expressed her love for all her family and friends. She will be very much missed by all who knew her. xxx

You will be sadly missed but never forgotten ..I have with me great memories of my life growing up as your granddaughter .. You was always there for me no matter what , loving words and good advice but most of all just being my grandma .. R.I.P now love you always emma and family.xx

When i was about to meet June for the first time i was a little nervous,but she was so nice and kind she made me feel at home straight away. She was always there when i needed help and support, both June and Derek was so very kind and welcomed me into their home and into their family. I remember how she and my mum helped choose a wedding dress, how proud she was being a gran for the first. time . Even when me and kev split up June and Derek was always there . IM so very proud to be a part of there family and will miss June so very much and now she is reunited with hubby,sister,2 of her sons and her eldest granddaughter bless you all ,June ,you were like my second mum rip. XXXX 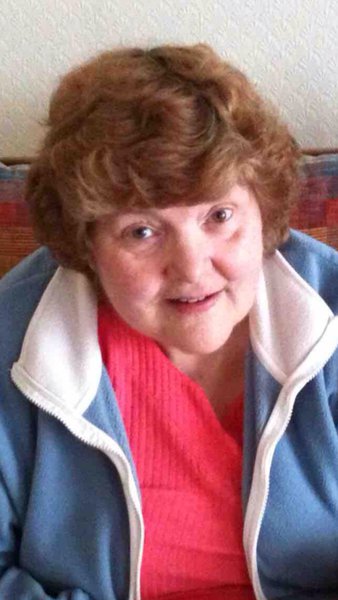