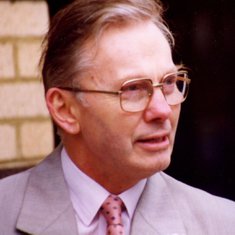 Donate in memory of
RogerParkinson’s UK

Born in Worcester in 1929 , Granpa was only brother to Pat, Joyce and Mollie . He talked fondly of a childhood spent with his sisters , including holidays on his grandfather, Thomas Boaz's farm in Broadheath. His love of the countryside was formed at this time and he would often talk of shooting expeditions on the farm - activities which probably fuelled his appetite for game and strong tasting foods . He rarely mentioned his father, Albert, who was something of a disciplinarian, and who supported his family in a number of ways including as a Foundry agent. Granpa was close to his mother whom he always addressed very fondly as 'Katie'. After school at Stourbridge Grammar he attended Technical College before National Service in the Tank Corps rising to the rank of Sergeant. His athleticism as a young man - he was a very good sprinter and Rugby player - undoubtedly added to his experience in the army and he played as prop forward for Stourbridge and later Derby Rugby clubs. Friends mention his aggression on the pitch, in stark contrast to his character off it.
Moving to Derby in the early 1950s he rose to Director and Works Manager at Leys Malleable Castings : roles and a company of which he was very proud. He met my grandmother , Janet, a nurse and they married in 1956. Nurses played a crucial role in grandpas' life as , after Janet died in 1992, he met and married Wendy, his second wife who was also a nurse.
Granpa was very proud of his sons, my uncles Nigel and Rich and my dad, Nick. They remember a father who could be strict but fair ; someone who saw himself as a provider in partnership with their mother who was the hands on carer. They remember Granpa's intelligence, financial astuteness, and business acumen which paid off when, thirty years ago, he and Janet set up and ran , with my uncle Rich, a very successful business, Wheathills House Residential Home in Kirk Langley.
My dad and uncles have many memories of their family life with grandpa; their home in Quarndon; holidays in Wales, especially Poppet Sands ; long and sometimes not too comfortable journeys in the back of various Triumph motorcars on journeys to the seaside; watching Derby County from a vantage point overlooking the Baseball Ground next to the Leys Foundry or as season ticket holders latterly at Pride Park where Grandpa and Nigel attended for many years ; their father's interest and pride in their achievements; his love of Jazz, antiques and travel. Dad talks of a father who was keen to influence but wise enough not to coerce; someone who was very proud of his grand children ; who enjoyed listening and whose sense of humour was at times , mischievous.
Dad talks of being amazed even as a child at the number of people who Grandpa knew - he recounts how men and women would approach them on trips into town, keen to shake Roger's hand and how he invariably knew their names - 'Used to work at Leys ' was the frequent explanation. Granpa certainly had a wide circle of acquaintances but a relatively small circle of friends -always intensely private he was happier gardening than partying; and never more happy than spending time at home.
After my nanna Janet passed away , Granpa was distraught but found happiness and companionship with Wendy who talks fondly of their time together and of Roger's smile ; my brother Luke also remembers Granpa's laughter and sense of humour. Wendy and Granpa enjoyed very much their life together: travelling the world; trips to their favourite restaurants including The Cavendish Hotel in Baslow; drives round Derbyshire; and their shared love of antiques. And of course it was Wendy who helped care for Grandpa in his later years , helping him convalesce after his operation for cancer and looking after him 24/7 before Parkinson Disease took firm hold and it was necessary to move him to a nursing home, Bluebell Park, where the staff took such good care of him.

Grandpa!
Well Grandpa the many special times we`ve all shared. The annual Christmas party at your house and sometimes at Uncle Nicks where we played funny games including charades. Grandpa's Christmas crackers were the best! We all laughed at Uncle Nigel`s jokes that weren`t even funny! We remember how you loved chocolate , whiskey , rugby and much more!
The times at Ednaston playing in the garden , at Poyser Lane playing Jenga , you would bring all our birthday presents round and watch us open them. Sunday afternoons with Grandpa watching the rugby , all of those stories you`ve told us about Nanna and your boys growing up with all of those Jack Russells . We were often whizzing around to Grandpa`s - `Wendy to the rescue` to mend the occasional hole in somebody`s clothes!
Grandpa always used to enjoy looking at photographs of our holidays, our ponies and pets!
All Grandpa`s grandchildren Liam , Luke , Ellie , George and me, Abbie loved seeing Grandpa!

Grandpa was a very quiet person but was always happy to hear our family news and what we were doing at school! Grandpa liked to tell us about his holiday with his boys and their trips to Wales!
All the times we were together were very special to us all! We will miss visiting Grandpa`s very very much. 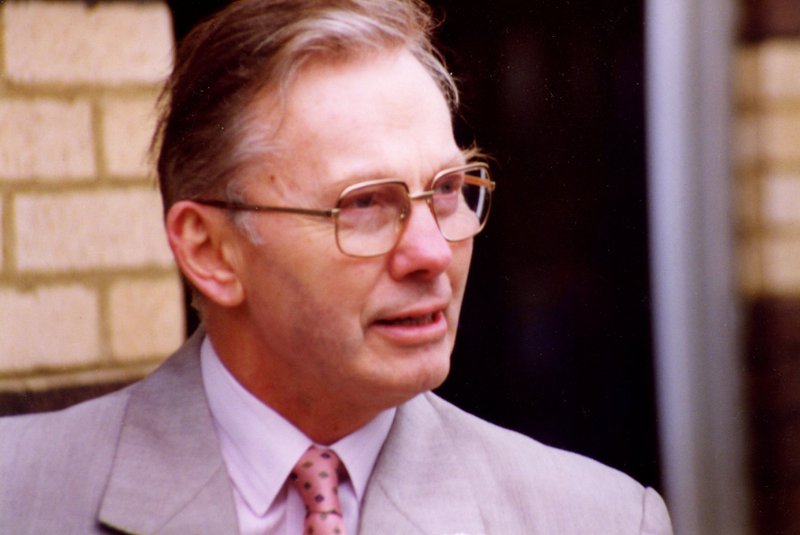