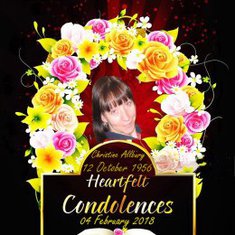 • Birth
Christine Allbury was born in October 1956 in London to Elisabeth May Springall, age 29, and Richard Alfred Allbury, age 33.

• Birth of Sister
Vilna Allbury was born in London 1955 in London, to Elisabeth May Springall, age 28, and Richard Alfred Allbury, age 32.

• Birth of Brother
Christine's brother Richard David was born in November 1958 in London when Christine was 2 years old.

Birth of Brother
Christine's brother Ian J.H. was born in September 1961 in London, when Christine was 5 years old.

Death of Christine
Christine Passed away at Homelands care home in Horsham Sussex following a long illness on the 4 February 2018.

Christine was a caring and loving person who will be sadly missed by both Family and Friends.

May she rest in peace and may God bless her soul as she is carried from this world onto the next.

A funeral has been arranged for her to be buried on the 12 March 2018 at Camberwell Old Cemetery in Forest Hill Road.

Ian and Annie Allbury is attending the funeral and the reception

Allen Waller is attending the funeral 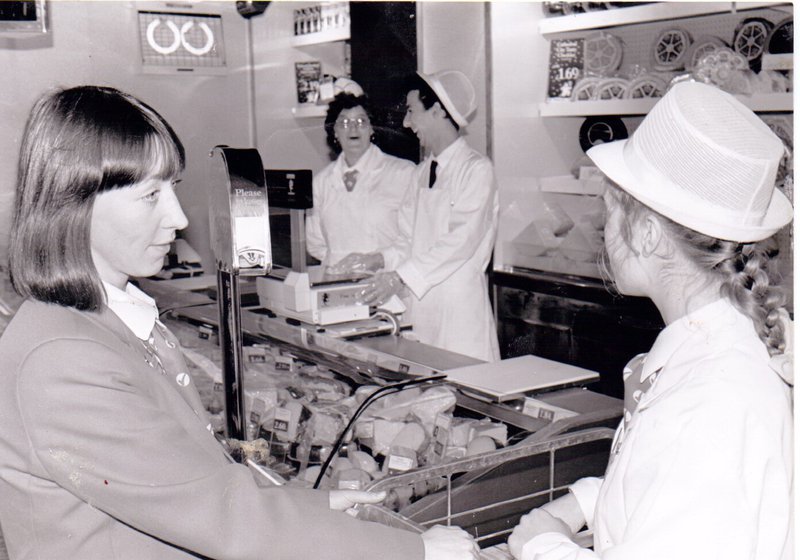 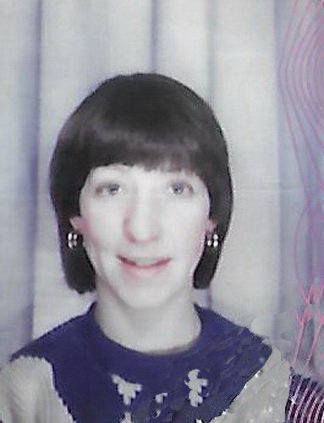 will always be loved
will never be forgotten
Goodbye and Godbless 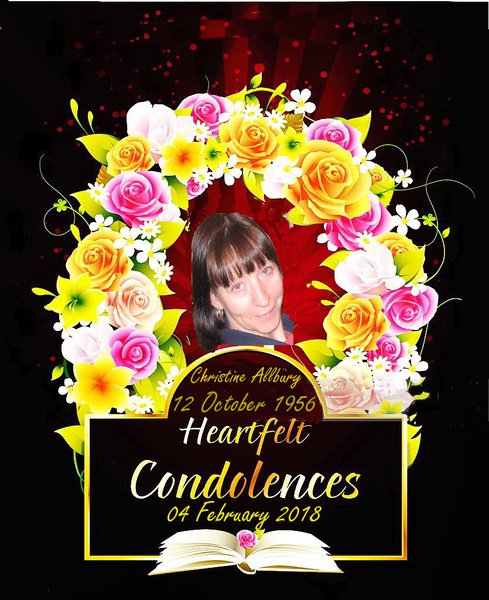