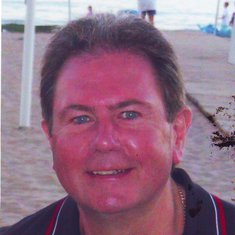 Local butcher Stephen Richard Bacon aged 57yrs died on the 22nd November 2014 after a short illness. He leaves his wife Gill, daughter Hannah, brother Derek and his pet dog Ralphie. He had lived locally all his life and was the 4th generation to run the family business. He loved listening to music, playing his guitar, snooker, clay pigeon shooting, riding on his motorbike and spending time with his family and friends.

In lieu of flowers, the family are requesting donations on behalf of John Eastwood Hospice. Donations can be made through Just Giving via this page.

The family would like to thank all the staff and nurses at John Eastwood Hospice for
all their help and support through this sad time.

Gill, Hannah and Derek would like to thank the following people for attending Stephens funeral service and for all the love and support that you have given us throughout this sad time, this has been a very hard time not only for us, his family, but for all who knew him.

The family would also like to thank Rev Stephen Potter for a lovely service, Flints for all there help and support, Helen Andrews (Victorian Posy) for the beautiful flowers and Paul at the White Swan for putting on a lovely spread.

We would also like to thank you all for your generosity for our chosen charity it's quite overwhelming....thankyou.

As we wake this morning on your Birthday we look up to Heaven, and whisper 'Happy Birthday' and send all our love. We miss you so much, always will. Love you Forever. XXXXXX

Dear Hubby, and Bro, we met up last night as promised, it was a good turn out, and many a conversation about you, all good, like I would expect. The downside you were not there in body, but I pray to god you were there in soul, I hope you know how loved you are and how we ALL miss you so much, none of us can still get our heads around it, but we will get by the best we can, and we all promise you that your memory will carry on and stay alive. Your ever loving wife, your Brother and Sue, and many many more. God Bless you. xxxxxxxxxxxxxxxx

Derek donated in memory of Stephen

A life that ended far too soon, I always thought we had the best times yet to come.

Your brother for always

Gill and Hannah you have been in our thoughts from the day you broke the news to us about Stephens illness it was such a shock. Having dealt with his tax affairs for many years and also his Dad`s many years before that we considered them friends as well as clients. Stephen was always a pleasure to do business with nothing was ever too much trouble, he will be very sadly missed x

Thanks very much to Pete and Maureen Hopkinson for your donation, it really is appreciated.

Steve,
You where one of the nicest blokes I've known.
It’s been a privilege to have been a friend.
Miss you, mate.
Our thoughts are with Gill, Hannah & Derek & family.
Geoff Bonser.
Marrianne Bonser.

The first day back at the shop knowing that Stephen wouldn't be there anymore was hard for Andrew. I know that The shop is in safe hands and the Boss will never be forgotten . He touched the lives of so many different people. Life goes on but will never be the same without the ones we love .
Julie xx

We would like to thanks Mr J L Miller for his donation in memory of Stephen it really is appreciated.

Gill, Hannah and Derek donated in memory of Stephen

We would like to thank the following people for their donations in memory of Stephen:

Gill, Hannah and Derek donated in memory of Stephen

We would like to thank all the people who donated in memory of Stephen at the church, we really do appreciate it.

Dear Gill and Hannah.Iwas stunned when i heard the news from steve king some weeks ago.Words can never bring steve back but he has left indelible memories on those of us who were privilaged to have known him.
I first new steve from the late sixties from friends on birchwood lane.Then again later in the early seventies through ham radio.Pete and maureen hopkinsons place was were we all met for years.Fond memories of the red hot summer of 76 we all went camping to tenby.I can se steve now many times in the shop as i was waiting to pull out in traffic at fordbridge lane.

I think steve would have been knocked out by the eagles music played . as it has a very strong connection to ham radio as Joe Walsh has been for many years a fellow licensed ham operator.
73s 88s Steve G8KNQ
Silent Key.

I first met Steve walking to Junior School nearly 50 years ago. We became best friends right through school years and into adults, sharing many interests such as music, clay pigeon shooting and the love of cocker spaniels. He will never be forgotton.

Yesterday was so hard, but we got through, and I hope you were looking down on us, and saw all the many friends past and present, and how much everybody loved you.

Your Brother played a great tribute to you in church, for which you would be very proud, because I truly am.

They say time is a great healer, I cannot see that at this time, if ever, I love and miss you so much, and, this is only the beginning of the rest of my life without you. For which I find it so hard to bare, there are going to be so many long dark days without you.

But I have wonderful memories of our life which I will forever treasure and look back on, and one of the best and amazing things you ever did for me, was to give me our beautiful daughter Hannah.

I will continue to bring her up for both of us as best I can, and continue to make you very proud of her, I hope when she eventually settles down, she ends up with someone as wonderful as you.

All my love forever

Steve ,our 3rd son we loved you and will miss you but you will never be forgotten

Steve our 3rd son and good friend, stayed with us most Christmas through to new year plus coming on holiday with us throughout his teenage years. Hannah he was so proud of his beautiful daughter,and Gill he loved you so much. Steve we will miss you forever but you will never be forgotten. Love Maureen and Pete

Steve our 3rd son and good friend stayed with us most Christmas through to new year plus coming on holiday with us during his teenage years we will miss you so much Hannah he was so proud of his beautiful daughter Gill he loved you very much .We will all miss you so much Steve ,but we will never forget you. Love Pete and Maureen.

In fond & loving memory of Stephen

Goodnight and god bless Stephen. Gill and Hannah My thoughts and prayers are with you at this sad time xx

Saw you off today mate. I was honoured to carry you. So sad it's the last thing I can do for you. I will miss you greatly

What can I say, firstly Steve "I'm gutted." You were such an integral part of my early life, my Mam's kitchen seemed to be the meeting place for us all. I remember me Mam doing the odd barbecue on a two ring camp stove round the back of the garage with sausages and burgers from the shop. I remember you giving me a lift to Matlock Bath on the back of your 400/4. Fastest I'd been on two wheels til then was about 49½ MPH on my moped, took us 4 seconds to get there and me about 2 minutes for my legs to stop shaking. I know we lost touch over the latter years whatnot with work and family lives, but you're always there mate, my heart goes out to Gill, Hannah and Derek.
R.I.P Steve
Barrie & Anne

Deeply shocked, a really nice genuine guy, glad to have known you, rest in peace. 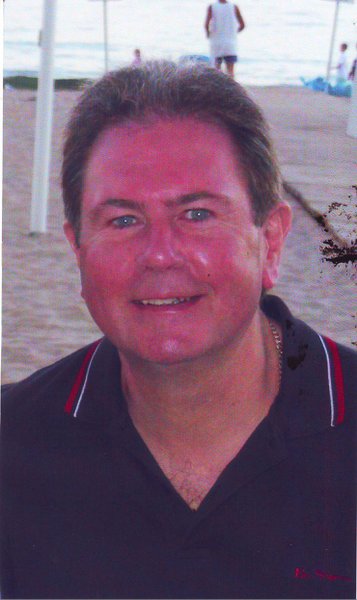 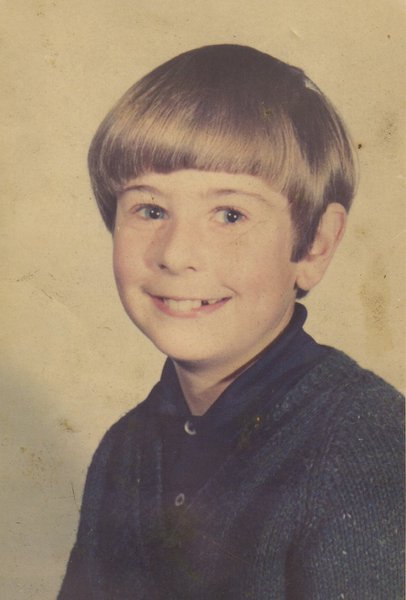