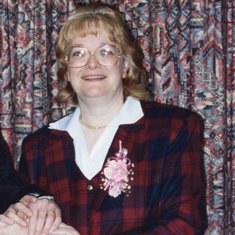 I first started going out with Maureen 1n 1992, and got Married in the January of 1995.
This was the best thing I have ever done, as I was introduced to the wonderful world of Maureen's greatest passion in life, Folk Dancing.
By 1997 we knew something was seriously wrong, as she had started feeling a weakness in her right leg and some of her speech was slurred, and in late 1998 it was diagnosed as Motor neurone disease.

Quite quickly she lost her speech altogether and had to use a wheelchair and electronic methods of communication, and in April 2000 I left work to look after her permanently.
Despite all the problems she had to deal with, Maureen remained cheerful, and tried to take as much interest in the dancing and also our second shared love of live theatre and classical music. Most weeks would find us at Symphony Hall or a local playhouse.
Sadly over the last 18 months or so, Maureen's condition worsened, all communication was lost and also all interest in everything she used to enjoy so much.
Despite having seemingly fought through to 2 lung infections in quick succession, Maureen developed pneumonia and after a short struggle she passed peacefully away on All Hallows Eve.

She leaves behind a loving husband, a brother and many, many friends both here in Britain and all over Europe from her dancing days.

May she now be at peace.

In loving memory from the Manx Folk Dance Society

In memory of Maureen.

We met Maureen first 40 years ago, and during this time we saw us as guests and hosts in Birmingham and Besse. We will always remember her as a cheerful and powerful woman who was an excellent and light-footed dancer.

Maureen was a good friend throughout my years of dancing with Wayfarers. Her enthusiasm for dance was infectious and Wayfarers was so much stronger for her drive and dedication. The cruelty of Motor Neurone was that it took away from her 2 of the things she loved and was so good at - dancing and talking! After struggling with her illness so bravely and for so long , at last she has the peace she deserves.

Alan and Marian Lines donated £10 in memory of Maureen

With love from Mike & Sheila

Dave and Janet Hidson donated in memory of Maureen

In memory of Maureen

In memory of Maureen, from Dave

Maureen joined Wayfarers in 1973 and gave a lot to the club in so many ways - she may however be best remembered as our 'Choreographer' for a number of years. She enjoyed the teaching, the dancing, the socials and of course the trips overseas!

Such a shame that her illness denied her this enjoyment in later years - she still had a lot to give.

Maureen loved dancing and even though the cruel illness took away that pleasure, she would not condone a bad dance display. Whilst she was still able to communicate, she would type "Rubbish" on her keypad if the Wayfarers' perfomance was less than perfect. She was a long time friend to the Manx Folk Dance Society and will be fondly remembered by all who knew her.

I first got to know Maureen when I visited the Volktanzgruppe Besse in 1992. That was also the first occasion I danced with her as at that time she was dancing with the Manx Folk Dance Society as well as the Wayfarers. I have since seen her many times on our visits to the Wayfarers and have seen her gradual decline in health. When she first became ill she still showed her love and commitment to dancing and her group. The Wayfarer dance group will sadly miss her a lot as will all her friends in the Folk Dancing groups she loved to visit in happier times. 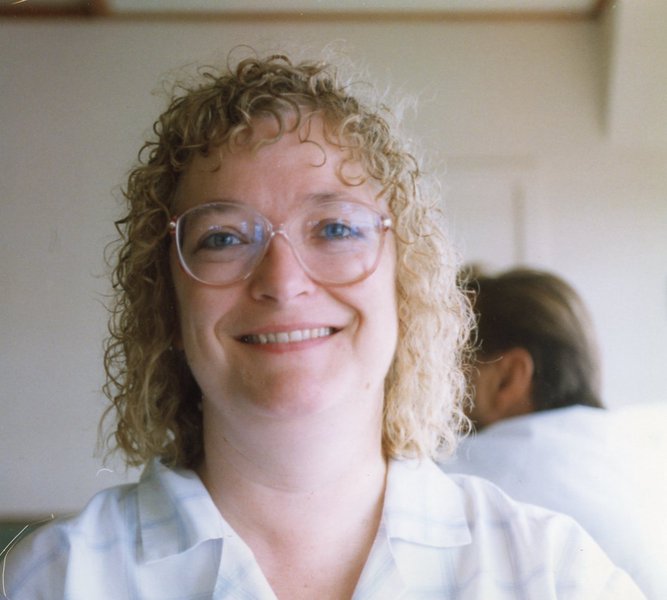 Maureen - my first English teacher, an inspiring dancer and a dear friend. I'll never forget my year in Birmingham, dancing with the Wayfarers and spending every Tuesday night at Maureen's. She'll always be with us!

Maureen was such a lovely dancer, I will remember the friendship and the good times we had Manx dancing in Germany. God Bless!

Maureen will be remembered for her lightness of foot, enthusiasm for dance and her immense bravery during her long illness.

Maureen had a real love of folk dancing and we will all miss her. I have so many happy memories of times together! She will be dancing with the Angels now!

Maureen has been a good friend, and we will always remember her. 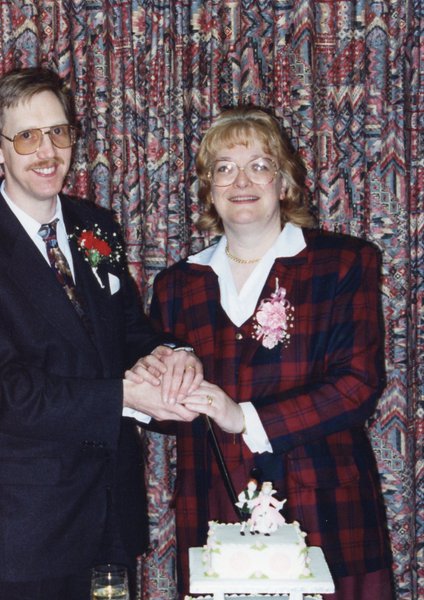