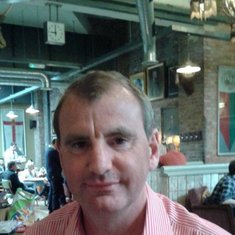 Olly, Henry and George.
I know it must be hard for you all. Your dad was an amazing man. I often babysat for you even if steve didn't go out. Steve has a massive heart it didn't matter if you were a Premier league footballer or multi millionaire property magnate or in my case at that time a drop out from college who people like to have a laugh with. It didnt matter for steve.i have used many of the lessons steve taught me. Apart from golf eh Pete lol. Miss you steve you really were a vloody angel

Claire and I have just been to see Elton John... made us think of you Big Nose x

I have many happy memories of Steve when we were in our late teens to mid 20's, through the 1980's to the early 1990's. Looking back, they were great times. I met Steve on his first day at work. We went for a quick drink after work which set the pattern for our friendship... i missed the last train home.
Our friendship was set a few weeks later when Steve was doing a 24 hour drum marathon at Sheffield University to raise money for a cancer charity. I walked into the room at midnight as Steve was starting to fall asleep. Steve had not seen many visitors and he appreciated the encouragement. I stayed for a few hours .
When we first became friends we were both short of money. Steve promised a free night out and called a night club in Sheffield explaining that we were journalists writing a story about clubs in town and asked if we could we sample their hospitality. We arrived at the club, walked to the front of the queue , the owner met us at the door and gave us a free bar all night. They never got their story.
On a night out in London we dined at Marco Pierre White's first restaurant and the staff instantly recognised Steve and we were given a tour of the kitchen. Apparently, Steve was in there every week. Looking back, i wonder if he worked there.
My funniest memory was Steve at 1 am, for a dare standing on a strangers front lawn, trousers around his ankles with a woman sat on his shoulders, waving at the occupants.
The last time we saw Steve was when he stayed at our house one weekend. Shortly after we moved and lost touch which was about 21 years ago. We sometimes talked about Steve and hoped to meet up again. It was only this morning when i found Steve on Facebook and then this evening when i learned the sad news. I was in Stamford recently and so wish i had got in touch.
Rest in peace Steve, we miss you.

Memories… where do you start with Steve Sampson? The phrase “Lovable Rouge” is often used… when it comes to Steve Sampson never has it been so applicable.

I have many fond memories of Steve, not just the nights out and at the railway… but all the Sundays we spent at The Cottage and The Vale with Jules, the boys and the Brokers. Steve would always invite us for lunch which either Andy or I would end up cooking at about 4pm, which was always Steve’s plan.
Obviously Booze played a big part in my memories of Steve and I guess I will always picture Steve with a glass of wine in his hand (Usually someone else’s). Also his ability to play an array of scratched CD’s so badly… you only got to listen to half a song at a time because he got bored and moved on.

My fondest memory was when Steve and I were at the Brokers when Andy was trying to sell his conservatory furniture… Steve & I hid in the kitchen, glass of wine in hand, giggling like children as Steve’s ability to adlib with one-liners about this furniture made us both cry so much it hurt. Steve always made others laugh… a true gift I think.

My thoughts are very much now with Olly, Henry & George and I wish them so much love. So many people in the Stamford area loved their Dad, even those who had fallen out with him still had love for him as he was and always will be… Steve Sampson. 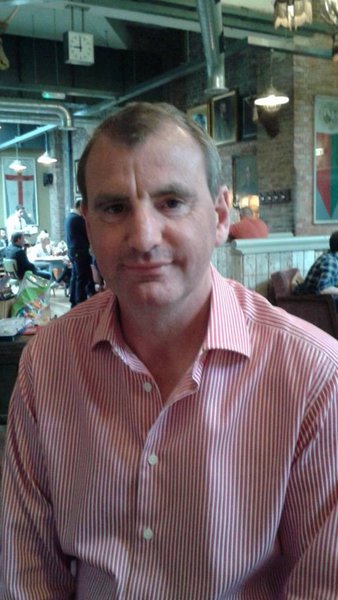