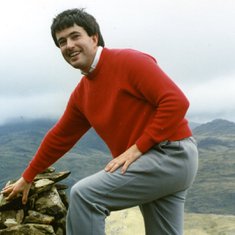 In loving memory of the late John Littler who sadly passed away on 15th October 2014.

Please join the family at Wirral Postgraduate Centre, Clatterbridge Hospital, CH63 4JY, to share more memories of John after the service and for refreshments.

John’s ethos of offering optimum patient care meant that he was an avid supporter of constantly developing treatment techniques to improve treatment accuracy which would potentially lead to improved outcomes and reduced side effects.

John contributed significantly to the radiotherapy research and development program at CCC through his involvement in the development of image guided techniques for prostate patients using gold seed markers. He was also the lead clinician for respiratory gating for lung patients and taught this technique to centres throughout Europe at our teaching course on this subject.

John led the implementation of stereotactic body radiotherapy for lung patients at CCC, both at the early stage of the technique prior to image guidance being available on our treatment machine and subsequently following the establishment of the UK consortium he contributed to the national guidelines which is used across many centres benefitting many patients.

He provided support and encouragement to the multi-professional radiotherapy research and development team. He pushed for the utilisation of the CHART endowment fund to facilitate a 3 year research radiographer post which facilitated numerous other projects and the post holders gained valuable research skills which will stay with them throughout their careers.

John was quick to recognise the potential of functional imaging to aid the decision process for radiotherapy. He requested ventilation SPECT imaging for his lung patients where there was concern whether curative treatment could be tolerated. John was a key member of the group at CCC investigating how such functional information might be used to avoid toxicity to normal lung. A pilot study to investigate this clinically is now in preparation, funded by CCC charitable funds.

More recently John was very interested in using markers to track the position of lung tumours during treatment. We are developing a protocol for this using the Calypso ‘GPS’ system which we will be continuing over the coming months.

I am trying to track down a John Littler who lived in Aberneth, Uzhar Road South, Birkenhead. I have found a handwritten letter from him dated 15th May/ ? June 1978. The handwriting is difficult to read at times but he was in touch with my father - Pesi Bharucha who was a surgeon in India.

I learnt only today from the Emmanuel College magazine that John had died and I should like to send my very belated condolences to Christine and his children. I also send my condolences to Margaret whom I remember fondly from long ago. John was my dearest friend in my first years at Cambridge but sadly we lost touch in later life. As a student I shared many happy moments with him and his wonderful parents and sister. John was a lovely man and a great friend. If Margaret sees this message I would love to hear from her. I pray for you all and especially for John that he may rest in peace. With my love and deepest sympathies. Graham.

The very sad news of John's death reached me only recently. It brought up many lovely memories of John, a gentle caring doctor who always had time to listen and of those hectic early days when John Brian and you Chris worked 25-hours a day and mostly with good humour setting up research programmes. I am so very sorry for your loss and the loss to Oncology services.

Dr Littler treated my husband Rod Yeoman after he was diagnosed with mesothelioma in February 2013. I am very sorry to hear that he has died, he was so kind and supportive and like my husdpband it seems such a loss and so unfair.
Roz Yeoman

My prescription had gone missing somewhere in clatterbridge. Imagine my surprise when Dr Littler appeared with said prescription ive been trying to find you he said. I couldnt believe it, my consultant looking for me.Now i ask you, how many consultants would go to those lengths only ONE i think. What a man i feel like ive lost a personnel friend.

Our thoughts are with John`s family. He will be sadly missed by them and so many other folk.

He was a brilliant doctor always giving time for his patients, above and beyond the call of duty.

May John rest in peace and watch over Christine, Christopher, Sarah and Margaret

First met Dr Littler 18 years ago and was a patient of his all that time. He was truly inspiring and a pleasure to have known. He will be sadly missed by all.

My husband Burt Moore was treated by Dr Littler for metastatic prostate cancer, from his diagnosis in July 2012 until a few months before he passed away on October 3rd. this year. He was the most wonderful doctor, professional, skilled, knowledgeable, certainly, but far more than that. He was a caring, empathic human being, who went well beyond the call of duty, who always allowed Burt the time and space to speak freely, and who truly listened to his concerns. We had absolute faith and trust in him and were devastated to hear of his illness. Heartfelt condolences to his family.

In memory of a great doctor and wonderful man. Deepest sympathies to the family, and to all the many friends and colleagues who will miss him so very much.

It was with great sadness that the members of the Wirral and North Cheshire Prostate Cancer Support Group who knew or had been treated by Dr John Littler learned of his passing. John always showed a keen interest in the work of the support group and will be greatly missed. Our thoughts are with Chris and family at this sad time.

Dr John Littler was a brilliant clinician and dedicated and compassionate person whose care I was under for twelve years. He will be greatly missed by both colleagues and patients. My thoughts and prayers are with Chris and family at this sad time.

This morning I attended my six monthly outpatients appointment at Clatterbridge expecting to see Dr Littler. I enquired after him and learned of his death. Like most of his patients, I was unaware of his illness and will miss him enormously. He was a lovely man and a great doctor. When I was diagnosed with cancer at Arrow Park, a nurse consoled me by whispering that I was going to be looked after by one of the best doctors in the hospital and a "really nice man", Dr Littler. So it proved. He was extraordinarily empathetic, kind, gentle, considerate, caring and patient. As a doctor, he attracted my complete trust and admiration. My thoughts are with his family and colleagues for their deep loss.

Whilst John's service yesterday at Port Sunlight was a fitting tribute to him, and I hope offered comfort and support to his family, friends, and colleagues, perhaps the most telling tribute was the sheer number of people who attended to offer their individual respects and thanks.

Caring, compassionate and dedicated doctor with a warm and generous smile.
A great loss to Clatterbridge patients and staff.
Thinking of Chris and family at this sad time.

In Memory of John
from David, Gwen, Daniel and Rachel Goadsby

In fond memory of a lovely guy. Hope the funds raised here help to fulfil your wish to find a cure for cancer. Rest easy John. X

John, you meant so much to so many people in so many walks of life. There were so many lovely, true things said about you today...I hope you felt the love from everyone who came to say goodbye; we certainly all felt the loss of an extraordinary man. RIP 5 to five man. X

John, it was a pleasure working with you.

From the registrars at Clatterbridge x

A very compassionate and considerate man who always gave you his undivided attention, added to which we will remember him for his beaming smile as he greeted you. Our thoughts are with his family at this very sad time. 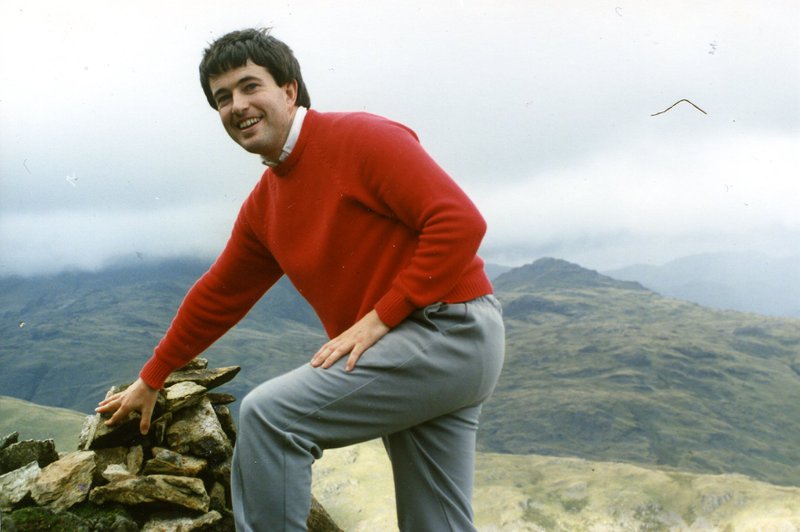