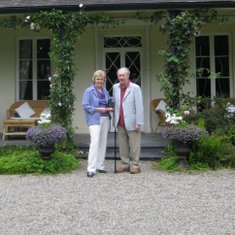 Donate in memory of
RobertParkinson’s UK

David was born in Wavertree, Liverpool on 8th June 1931 and spent his early years in Liverpool before moving over to Heswall, Wirral in 1937. David would contest that at that point he became a ‘posh scouser’!

David had an older adopted sister, Hilda, who moved to the United States after the war and lived in upstate New York, sadly Hilda passed away in 2006.

Upon leaving school in 1948 David joined the Merchant Navy as a Deck Cadet. During a long career in the Merchant Navy spanning 45 years he worked on passenger ferries, cruise ships with most time spent on oil tankers. David worked his way up through the ranks and spent 27 years at the rank of Captain.

During his seafaring career David was closely involved with Mariner’s Park, Wallasey and the charities associated with it. Post retirement David continued his involvement and served on the Park’s Finance and Welfare Committee for many years. David also had the honour of being Chairman of the Mercantile Marine Service Association as well as being a member of seaman’s organisations and clubs such as the Merseyside Master Mariners Club and the Anchorage Club.

David married Moira in 1962, a Yorkshire girl who he met on a cruise of the Scottish Islands. They made their first marital home in Thornton Hough before moving to Parkgate during which time their son Jeremy was born in 1974. In 1978 the family moved to The Leightons in Neston which has remained the family home ever since. During Jeremy’s childhood the family enjoyed short trips with David on his ship when schedules permitted. The family were also fortunate enough to enjoy many unforgettable overseas trips which were almost certainly responsible for instilling the real passion for travel that Jeremy has today.

After retirement in 1993 David maintained an extremely active life. He was a member of the Mid Wirral Rotary Club, became Chairman of the Neston Civic Society, served as a Cheshire County Councillor representing the Neston & Parkgate Ward and latterly was elected as a Town Councillor on Neston Town Council.

During his later years David battled two rounds of Bowel Cancer, suffered heart trouble resulting in a quadruple heart bypass and was diagnosed with Parkinson’s disease. David battled these illnesses with great spirit and dignity and up until most recently maintained an active life.

David very much enjoyed and made the most of his life and was a fantastic husband and father as well as being highly respected during his career and giving a great deal back to the local community post retirement. He will be enormously missed by Jeremy and Moira as well as other family and friends.

David was a good friend and collegue for many years, and will be missed. We sailed and worked together from the 70's, until his retirement.

A charming gentleman, always a delight to talk to. He will be missed, but remembered, by many many people.

It was a privilege to have known David, a man whom I grew to respect enormously through his service as a County Councillor. I send my deepest condolences to Moira and Jeremy.

Happy memories of first working together at the County Council and friendship since. 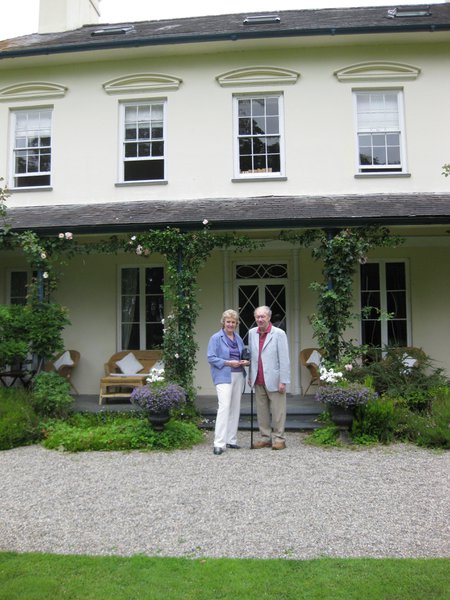