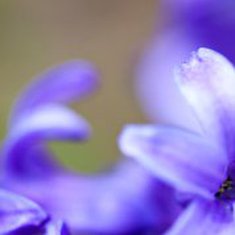 Donate in memory of
PeterRotherham Hospital and Community Charity

Peter Hind
3.1.1928 - 23.8.2017
Died peacefully in the Purple Butterfly Suite at Rotherham General Hospital, aged 89.
He was a beloved Husband of Heather, a loved father of Peter, father-in-law of Julie and a loving Grandad to Lucy.
His body was received into St Matthew's Church of Carver Street , Sheffield on Thursday 7th September. A requiem mass will take place their today (friday 8th September) at 11:00am followed by a committal service at Rotherham Crematorium at 12:45pm.
Donations in lieu of flowers are welcome for The Purple Butterfly Appeal. A collection will be held at the service, or, they can be sent c/o Bartholomew & Sons Funeral Directors, 6 Broom Valley Road, Rotherham, S60 2QH.

Peter was the Club’s longest serving Secretary (1972 – 86) overseeing its transition from a minor junior Club to one of the county’s senior Clubs and ultimately preparing the groundwork for its graduation into the Professional Era & National Leagues in 1987 where currently Rotherham Titans play in the second tier RFU Championship (13th to 24th highest teams in England). As Club Secretary Peter’s business, financial & social connections served the Club well.

In Rugby Union’s Amateur Era prior to 1987 both Players & Club Officials had other ‘Day Jobs’ in Business, Education, Industry, Public Service & Religion. Participants from every social standing leisure time was spent in Rugby Clubs. For players the game offered physical challenges & stress release, team bonding and a belonging. For officials the opportunity to use their ‘Day Job’ skills to provide a business structure to support playing & social facilities for Club members and their families. For all concerned the Rugby Club was neutral territory for all levels of society to enjoy safe in the knowledge what happened in the Rugby Club stayed in the Rugby Club. Thus for senior figures in the World of Work like Peter it was a secure place to relax and let ones hair down with family inclusion as an option which the majority of participants opted for. Consequently Rugby Clubs routinely generated lifelong friendships and social support.

This environment suited Peter well and both he and the Club benefitted via Rugby Dinners & Tours, Match Day support and Committee operations at Club and County RFU levels. This was boosted by Peter’s skill as a good after dinner speaker who had a well maintained joke book & anti-heckler repartee. Peter’s favourite Rugby Club tipple was Pernod infact he was affectionately known as ‘Pernod Pete’ and was fastidious in promoting it’s consumption whether at Clifton Lane or visiting the wilds of Cumbria or South Wales. In 1990 on his first ever visit to Aspatria Rugby Club in Cumberland he escorted the Aspatria Club Secretary to the local supermarket to purchase a couple of bottles. Sadly at the end of the visit Pernod failed to tempt the Cumbrian pallet so Peter took the remaining stock back to Rotherham.

Although Peter was a non-player he prided himself on his physical fitness via swimming & the gym at the local hotel. This definitely stemmed back to his days in his school army cadet corp & his national service in the Intelligence Corp. In conversation recently Peter said if he had his time over again he would have opted to be a career soldier. Likewise his decennial birthdays were excellent celebrations in the Clubhouse even though on his 70th the roof had been blown off the Clubhouse conservatory the night before but it went ahead with an alfresco buffet. Ironically on the Saturday Rotherham had played Bracknell RFC home of the Met Office!!! Certainly in the last 18 months he demonstrated his fervent intention to hold his 90th in his beloved Clubhouse by attending several Vice-Presidents Meetings as ‘Dry Runs’ (Peter was the Club’s only Honorary Life VP). At one of these Peter had enjoyed 6 gins (Dry Run!!!!) by 10-30pm and chided his lift home for leaving too early, that’s the incorrigible Peter Hind. I am certain that Lazarus rally during his final days in hospital was triggered by his cussed determination to stay with us until January 2018 & celebrate his 90thin his beloved Clubhouse.

Peter Hind was the archetypal Rugby Club Secretary of the Amateur Era and he and his Committee compatriots ensured Rotherham Rugby Club’s future would be at the highest level in the Professional Era. Sadly with paid players and officials Rugby no longer sports characters like Peter Hind. I feel privileged to have spent the last 32 years in his presence RIP ‘Perno Pete’.