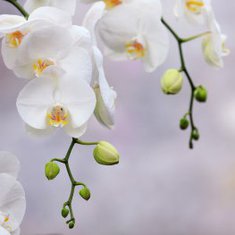 Donate in memory of
HelenParkinson’s UK 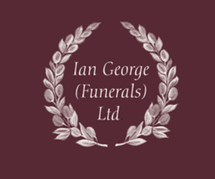 In loving memory of Helen Yvonne Guy who sadly passed away on 7th July 2017
Jean and I went to see Dunkirk last week and it suddenly struck me that the Second World War broke out when Mum was only 12 and Dunkirk, if you’ve seen the film, everything must have seemed almost lost as we withdrew from Europe, happened when she was only 13. The war lasted through her teenage years until she was 18. The most that happened in my teenage was the 60’s and the rise of the Beatles so I think she and her generation got the raw end of the deal.
Nanny was born in 1927 and brought up in Northern Ireland. Unfortunately she lost her father at the early age of 7 so despite having a lovely Mother and a brother and sister who I remember she must have had quite a tough upbringing what with the war as well.
In the war she met my Dad who was stationed in Northern Ireland and married him when she was 20 and came to live in London. That in itself must have been a major uprooting since Northern Ireland was ( and still is) very different from England and at the time was much more difficult to get to. No Easyjet or Ryanair – generally a very rough overnight ferry crossing from Heysham to Belfast.
They lived in Ealing, then their first house in Sudbury Town where they raised 3 children, me, Sheena and Rory and then moved to Berkhamsted. They had a wonderful social life and many friends over the years and Mum was the hostess with the mostest ( and for the family the moistest with the hostess trolley!). There are not many old friends left alive today but I received a letter from one of their oldest friends John Kimberley from which I will read an extract
‘Your parents were the dearest of friends and I will never forget them. I have nothing but fond memories of all the times spent together, holidays in the Lakes, the Rugby Sevens, swimming pool parties at Berkhamsted and later at Saffron Walden where we had many happy weekends’
Then when Dad retired they moved to Saffron Walden where they grew a new circle of friends and a busy social life in the AirCrew association and Dad built another swimming pool.( This time sort of indoors) Again many of those friends have passed away but Mum’s special friend, Rene who unfortunately can’t be here said this in a card
‘I look back at 30 years of wonderful friendship ... we had so much fun together over the years and even when old age mean’t that we went in different directions we still managed to speak on the phone every week and I was still able to enjoy Helen’s wonderful wit. This will be my most enduring memory of her’
After celebrating 60 years of marriage they entered the final chapter of Mum’s life when they moved to Cheltenham to be near the new Great Grandchildren that were arriving in rapid succession. Unfortunately Dad died fairly soon after although he did manage to know 3 of the great grandchildren. Mum was obviously bereft and although she didn’t really want to carry on she moved into independent living in Richmond Village in Painswick where she threw herself into the social life there and made some new friends. I’m very pleased that some of them have made it here today. When Mum started having falls because of her Parkinsons she moved into the care home at Sandfields where she got incredible care from the wonderful staff there who are also represented here today.
She enjoyed the last years of her life and one of the things that comes out from all I speak to is her sense of humour which even to the last shone through. Mum and I and she and I could have each other in stitches over the most stupid things. She loved seeing her grandchildren and great grandchildren and had seven of each and was lucky to see 4 of her great grandchildren regularly as they grew up in Cheltenham.
I think she hung on this year for 2 major events, her 90th birthday which although not in good health she enjoyed at Sandfields where everyone made a big fuss over her and earlier in the year the marriage of her grandson Tom who lives in Australia but came back over to get married in Stroud so she could attend. I know Tom is very upset that he is unable to make the long trip back for her funeral but it’s just too far and I know that the rest of the family are sad that e is unable to attend.
The 4 eldest of her great grandchildren are going to say a few words of their memories of their Nanny so I’m going to ask Felix, Edie, Bethany and Zach to come up here and join me.
Finally Mum would ask us not to be sad but be happy that she had a wonderful life, a long and happy marriage, many many friends and a loving family of 4 generations.